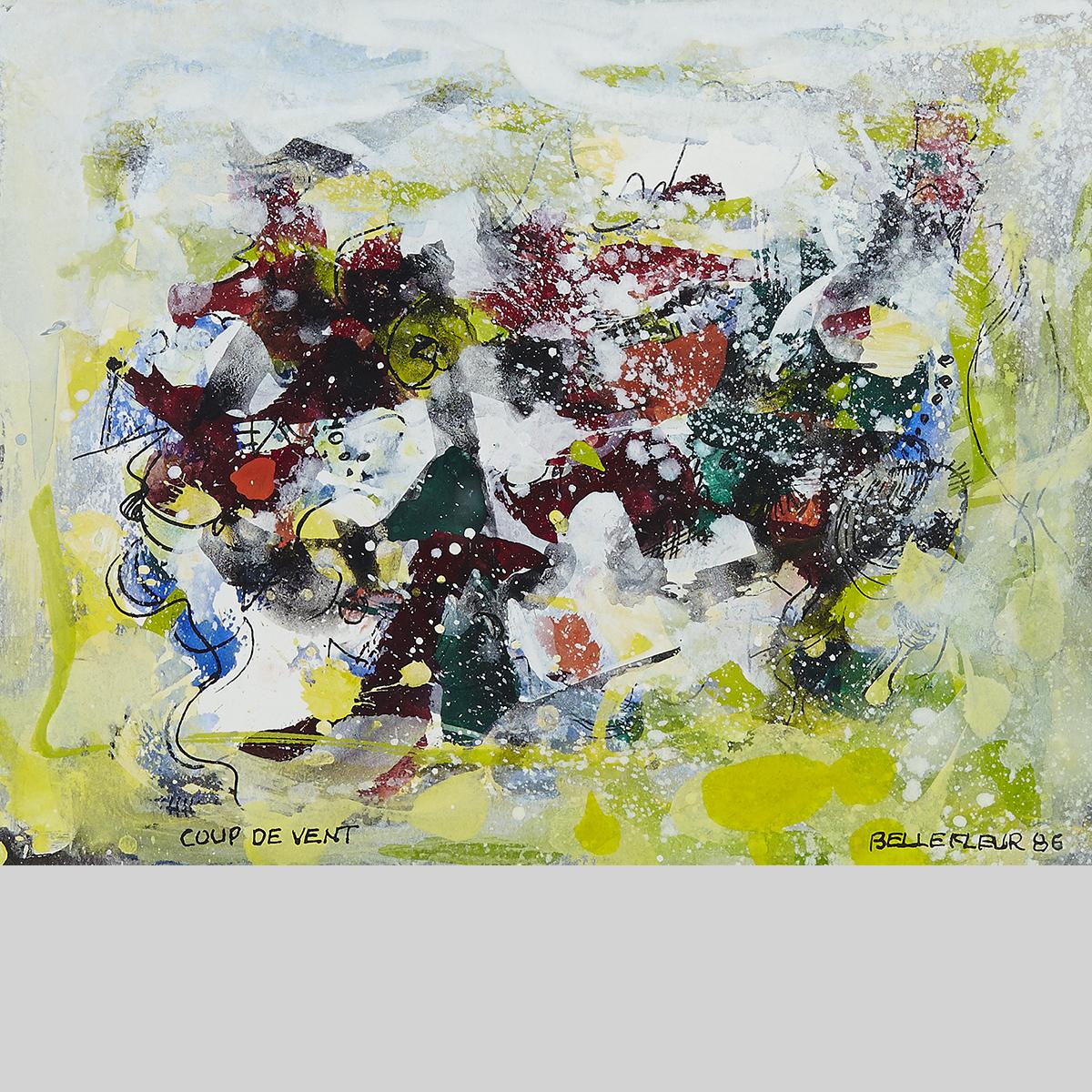 Leon Bellefleur was born in Montreal, Quebec, in 1910. He received his teaching diploma from the Jacques Cartier Teaching School in 1929 and spent the next twenty-five years teaching, while attending evening art courses at the École des beaux-arts de Montréal until 1938.

In 1942 Bellefleur met Alfred Pellan and frequented his studio where he met prominent Quebec artists, Albert Dumouchel, Jacques de Tonnancour, Louis Archambault, and others. Together, the group signed the Prisme d’Yeux, a manifesto denouncing what they perceived as the narrow-minded vision of Paul-Emile Borduas’ Automatistes.

Bellefleur was drawn to the art of Paul Klee and children’s art and, in 1947, wrote the article Plaidoyer pour l’enfant, a plea in favor of children. His work reflected the influence of surreaslim and its preoccupation with the subconscious. In 1951, Bellefleur was part of the second international COBRA exhibition at Liege, Belgium, and in 1953 became a member of the Automatistes. He retired from teaching in 1954 and traveled extensively through Europe, associating with the Surrealist painter, André Breton, in Paris. He finally settled down in Quebec in 1966, where he continued to paint well into his 90’s.

In 1960, Bellefleur represented Canada at the Guggenheim International Contest. He was the first winner of the Prix Borduas (1977), received the 1985 annual prize of the Société Saint-Jean-Baptiste and an honourary PhD from Concordia University in 1987. In 1989 Bellefleur was inducted into the Royal Canadian Academy. He died in Montreal in 2007.