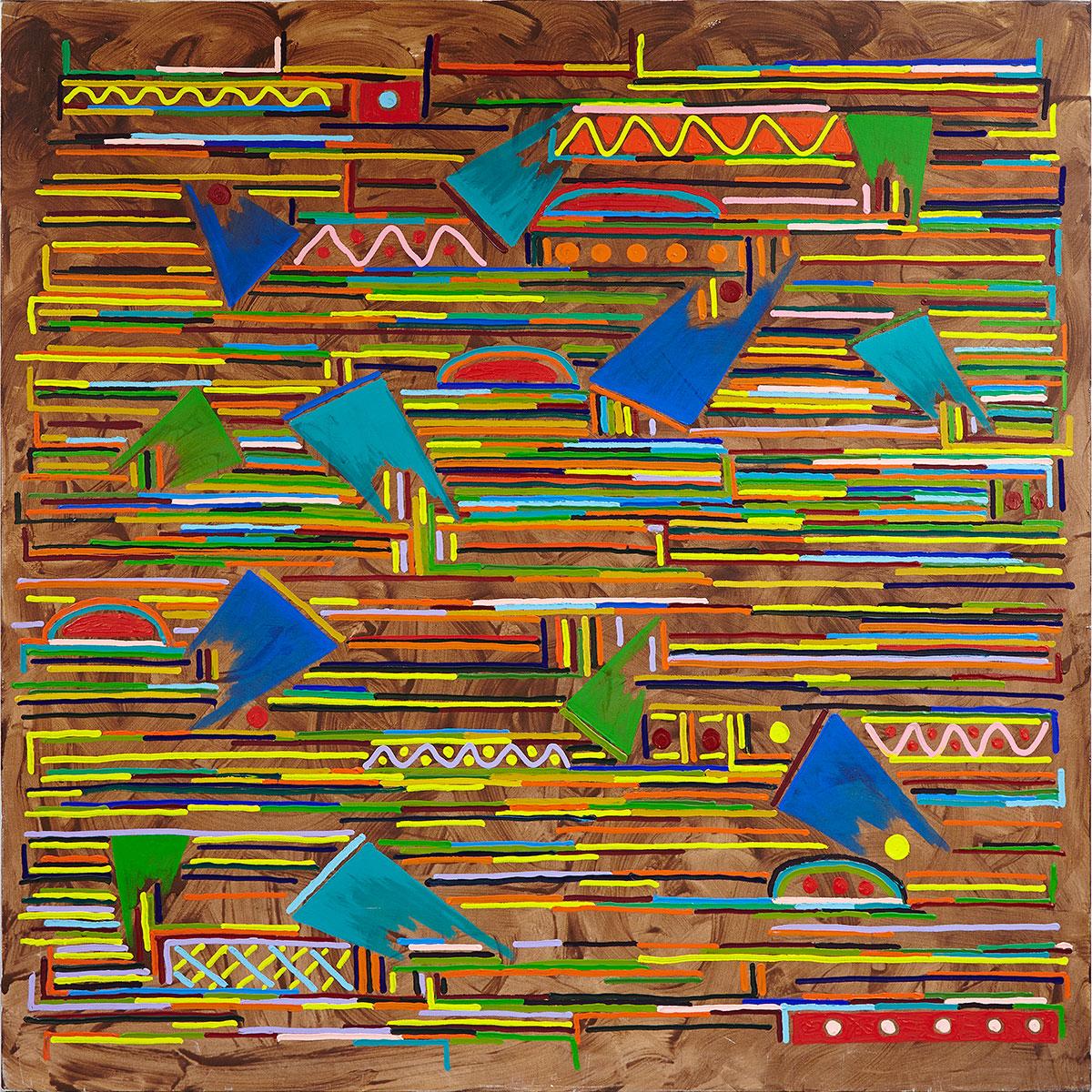 Alex Cameron was born in Toronto in 1947, and was raised on Georgian Bay in Parry Sound, Ontario. In 1967, he started at the artist-run New School in Toronto, where he was taught by some of Canada’s top abstract artists, including Robert Hedrick and Dennis Burton. When David Mirvish Gallery, opened in Toronto in 1966, Cameron worked at the gallery. He then worked as a studio assistant to renowned abstract painter, Jack Bush, a member of the Painters Eleven, from 1972 to 1976.

Cameron emerged as a color field artist, and exhibited his paintings in a solo show at The Sable-Castle Gallery in Toronto in 1976, with rave reviews from the art critics. That same year, Cameron was one of four artists featured in “Four Toronto Painters,” a major exhibition at the Art Gallery of Ontario. In 1977, his work was shown in “14 Canadians,” at the Hirschhorn Museum in Washington, D.C., as well as in the “Queen’s Silver Jubilee Art Collection” exhibition organized by the Province of Ontario. In 1985, an exhibition of his work to date, “Alex Cameron in Mid-Career,” toured across Canada.