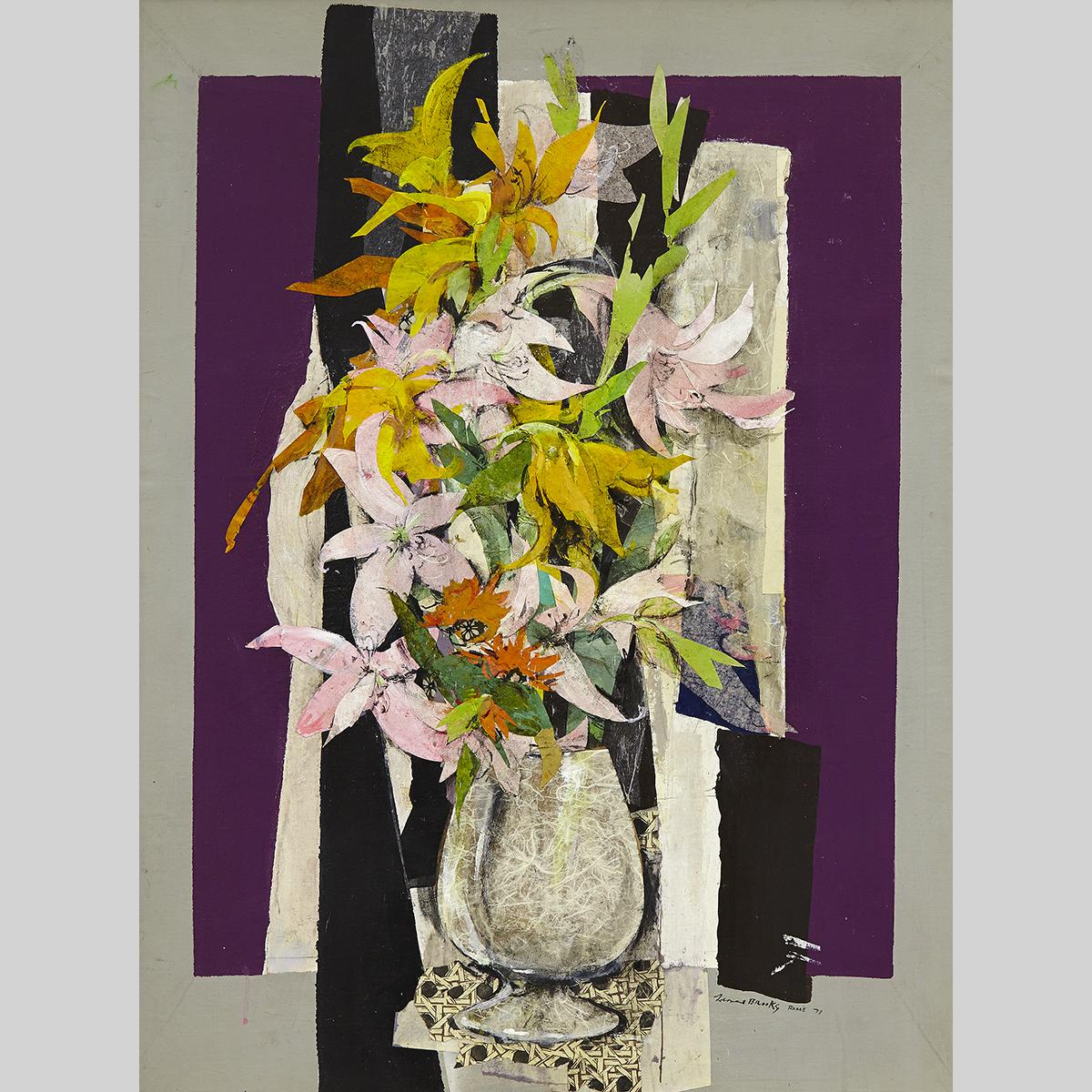 Leonard Brooks was born at Enfield, London, England, in 1911. His family immigrated to Canada in 1912, settling in Toronto. Brooks was primarily a self-taught painter, but did study at the Ontario College of Art for six months under Frank Johnston. After traveling and painting in Europe and the States, he settled in Toronto and married Reva Silverman. He taught drawing, painting and graphic arts at the Northern Vocational School and participated in major exhibitions in Canada and the US. In 1943 Brooks enlisted in the Navy (RCNVR) as an able seaman, and was eventually promoted to Official War Artist, painting the movements of an aircraft carrier in the waters of Scotland and the activities of mine sweepers and motor torpedo boats in the English channel off Normandy. Brooks was the most productive of the seven Canadian naval artists, producing 113 works in a two-year period. His most recognized work of that period, Potato Peelers, is unique among war artists for its subject matter, capturing two sailors in the unglamorous act of preparing dinner.

Brooks obtained a grant after the war from the Department of Veterans Affairs to study art in Mexico. In 1947, he and his wife permanently relocated to San Miguel de Allende, north of Mexico City, where he taught for several years. It was in Mexico that Brooks’ style evolved from abstract to free-form collage acrylics with rich textures. He was also among the first expatriate artists to establish an artist colony in the Mexican town.

Brooks was also an accomplished violinist and gave free lessons to local children. He was encouraged to head the music department at the Bellas Artes in San Miguel. He also published several books on watercolor and oil painting techniques. His work has been exhibited world wide and was a member of the Royal Canadian Academy. He died in San Miguel de Allende in 2011 at the age of one hundred.