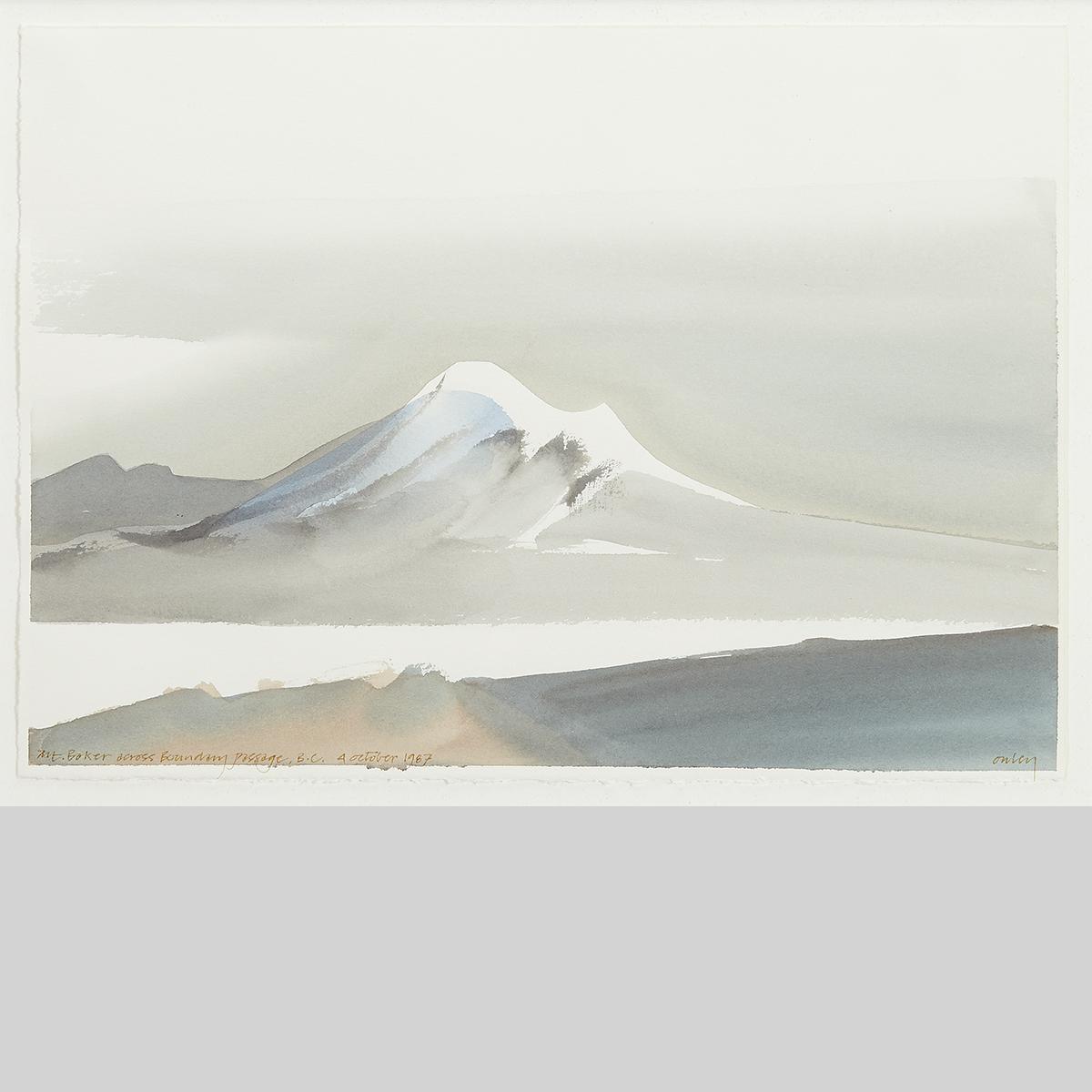 Born in Douglas, Isle of Man, England, Norman Antony (Toni) Onley studied at the Douglas School of Fine Arts, his style of landscape painting influenced by British painters John Cotman and Peter DeWint. He immigrated to Canada with his young family in 1948, initially settling in Brantford, Ontario. Onley gained early recognition for his painting when he won an award in 1955 at the Western Ontario Annual show of artists under 27. Following the death of his wife in 1995, Onley moved his family to Penticton, British Columbia, where he worked as a surveyor, draftsman and commercial artist; he also taught evening and weekend art classes.

In 1961 he was one of seven artists chosen to represent Canada at the Paris biennial exhibition. His collage paintings won critical recognition: the Tate Gallery in London, England selected one of the works from his Polar series, Polar No. 1, in 1963. On a Royal Canadian Academy award Onley traveled to London, England where he studied etching and at that time reestablished his landscape roots with the Norwich School of Watercolor Painting.

Onley’s works are part of major international collections, which include the Tate Gallery and the Victoria and Albert Museum, London, England; the National Gallery of Canada; the Vancouver Art Gallery; and the Library of Congress, Washington, D.C. In 1999, he was made an Officer of the Order of Canada and was bestowed with an Honorary Doctor of Letters Degree from Okanagan University College.

Landscape revealed: The Art of Toni Onley, a documentary of Onley’s life and works was produced in 2004 by Fountain Productions. He was tragically killed that same year when the plane that he was piloting crashed.