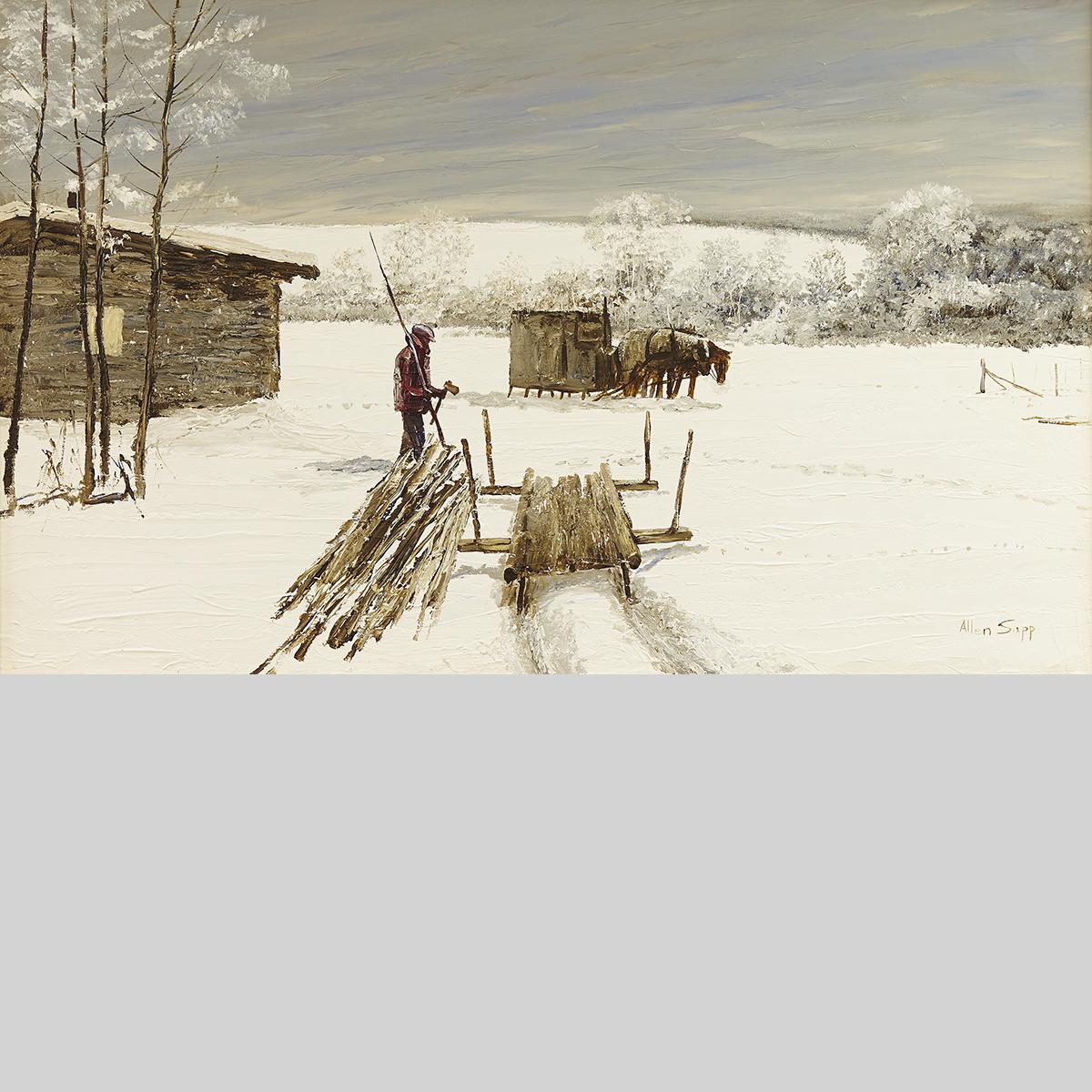 Allen Sapp was born in 1929 on the Red Pheasant Reserve in northern Saskatchewan, a descendant of the great plains Cree Chief, Poundmaker. Sapp was often bedridden as a child, and his grandmother encouraged him to draw to pass the time. She also bestowed upon him the name “Kiskayetum,” which, translated, means “he perceives it.”

Sapp moved to North Battleford in the early 1960’s to attempt a living as a self-taught artist, selling his paintings for a few dollars. It was a chance encounter with Dr. Allan Gonor in 1966 that helped launch his career as a painter. Gonor recognized the artistic potential in Sapp and encouraged him to paint what he knew best - life on the reserve in the 1930’s and 1940’s. Gonor agreed to buy and sell all of Sapp’s paintings as long as he kept himself off welfare. He also arranged for Sapp to study under Wynona Mulcaster, one of Saskatchewan’s leading artists, who was then Professor of Art at the University of Saskatchewan.

Sapp held successful exhibitions in 1969 and 1970 in Saskatoon and Vancouver, respectively, and, within the next five years, his paintings were shown and acclaimed across Canada, as well as in London, New York, and Los Angeles. The MacKenzie Art Gallery held a retrospective exhibition, Kiskayetum: Allen Sapp, A Retrospective, in 1994, the first exposition of his work within a public gallery.