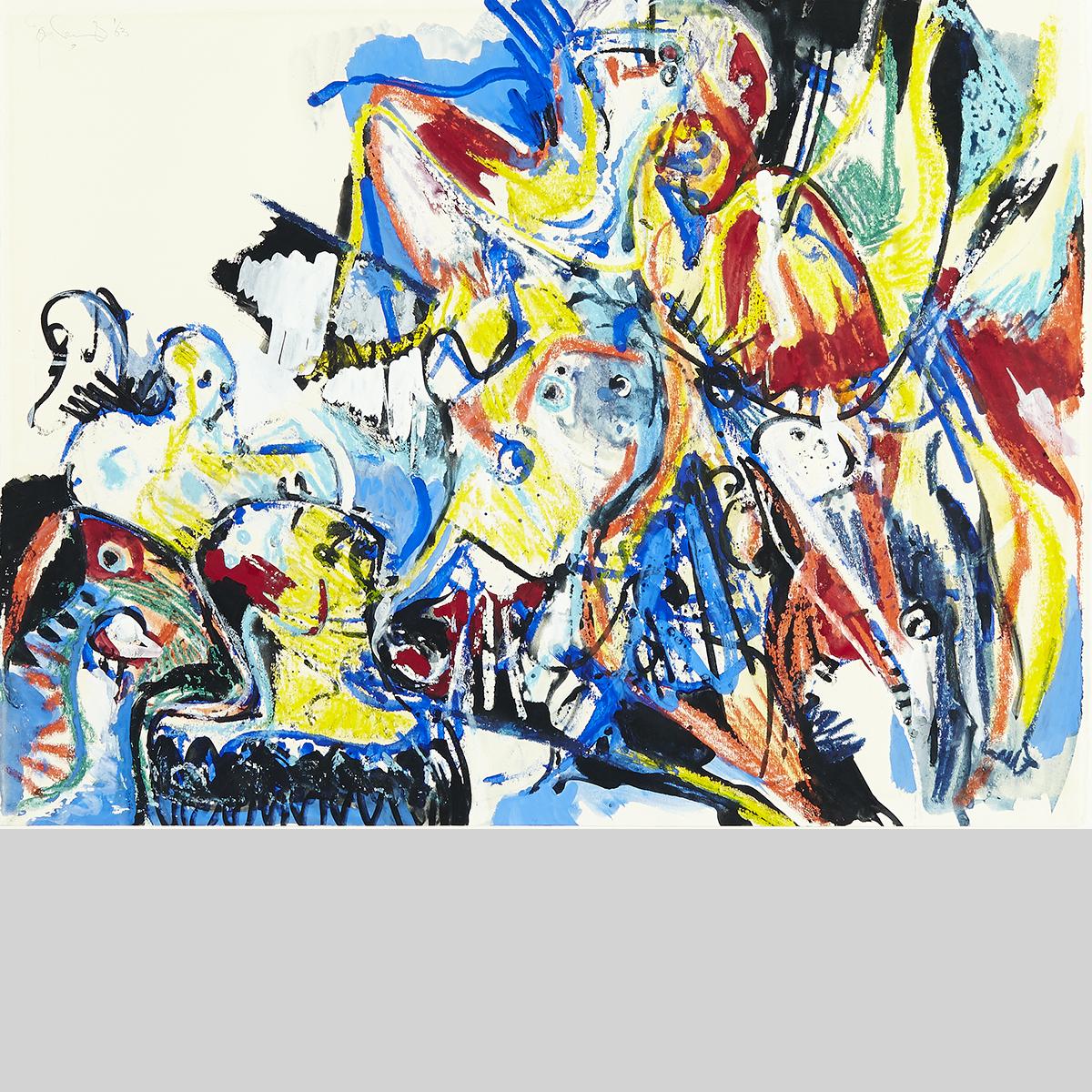 Jan Menses was born and raised in Rotterdam in 1933. The memories of growing up through the atrocities that he witnessed during the Second World War are embedded in him and are explored in his art. Menses studied etching and lithography at the Rotterdam Art Academy, and went on to complete his military service as an officer in the Royal Dutch Air Force. He travelled extensively afterwards through Europe and Morocco. It was while in Morocco that he was deeply influenced by the mystical spirituality of the Jewish community that led to his conversion to Tora. He abandoned his early colorful, expressionistic style and embarked on a progression of cycles of Judaic and cabalistic inspired work.

Menses and his wife immigrated to Montreal, Quebec, in 1960, where he began his first thematic series, Diabolica, a set of 165 etchings. Throughout the next twenty-five years, produced three other series: Kaddish, dealing with the concentration camps; Klippoth, a study on the various facets of evil; and Tikkun, inspired by the theme of messianic redemption. His first solo exhibition in 1961 was held at the Jewish Public Library in Montreal, and he has since participated in over 250 solo and group exhibitions throughout the world, including at the Guggenheim and the Museum of Modern Art in New York, and at The Victoria and Albert Museum in London. Menses lives in Tzfat, Israel, where he owns a gallery.