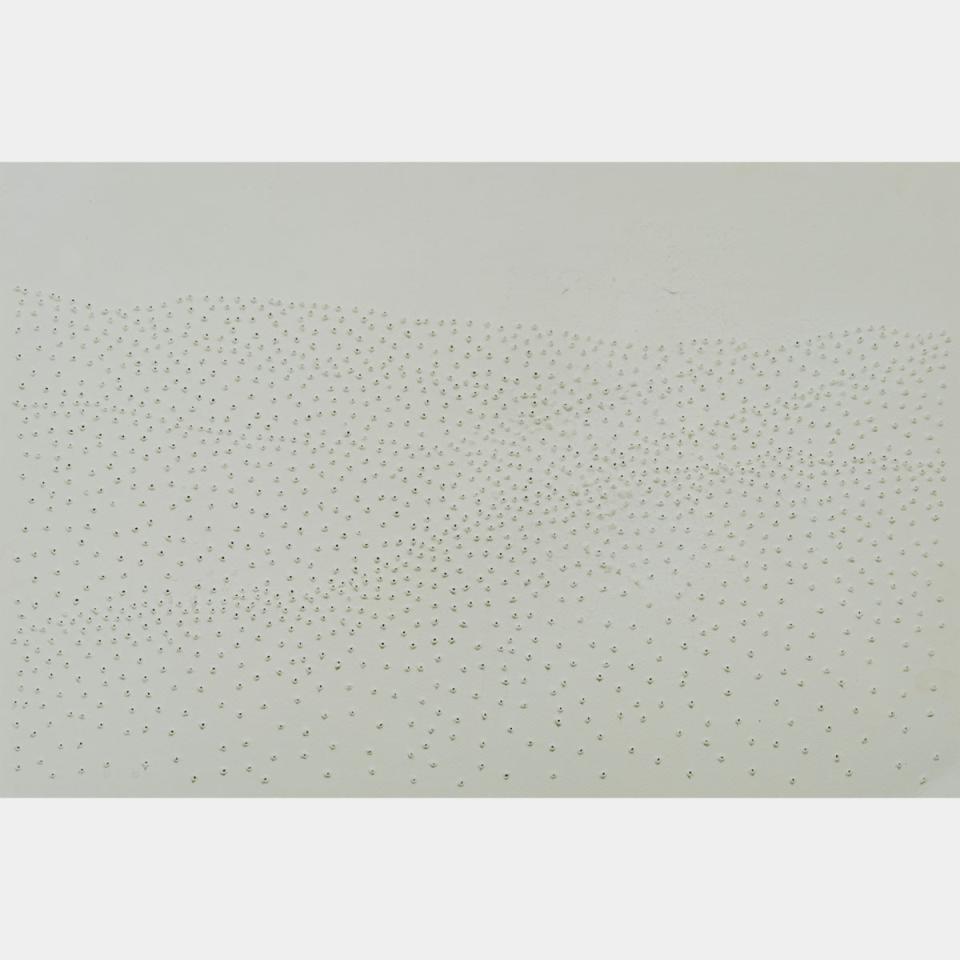 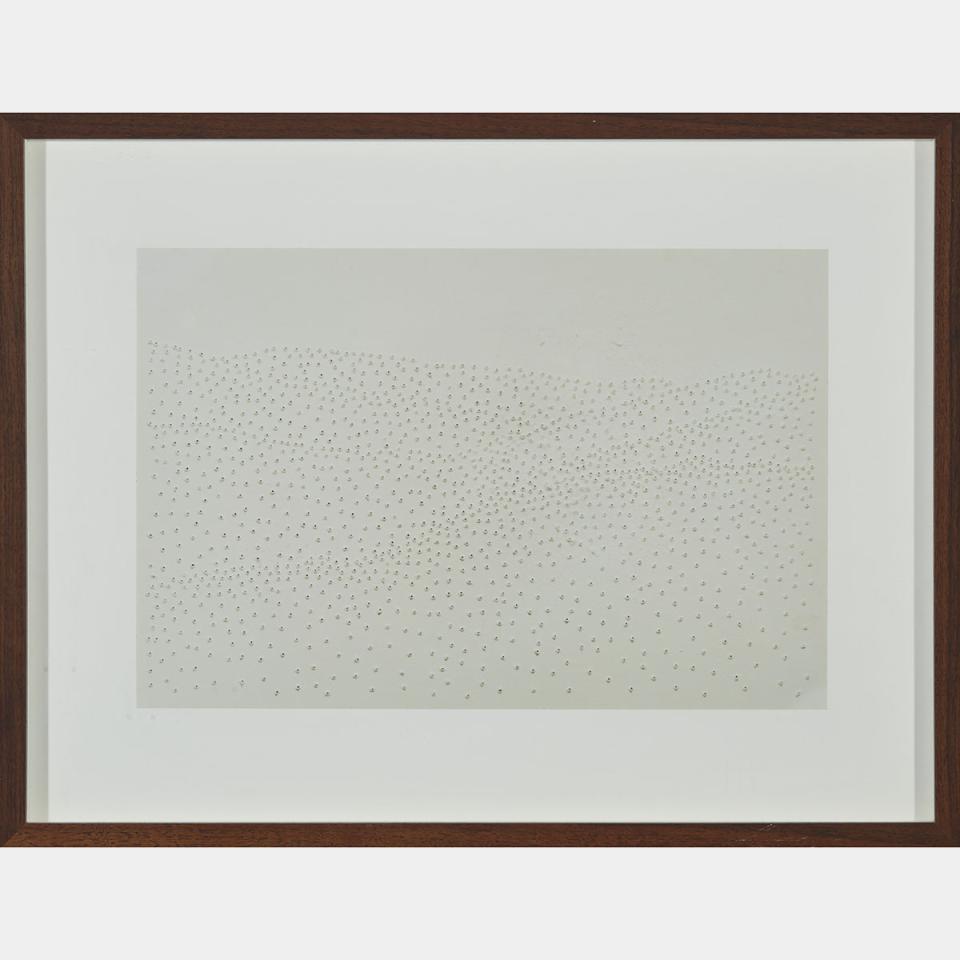 Mountainscape #3 is one of chris Curreri’s earliest works. A perforated image with a rough texture - it served as a prop for his 2005 film Circa, a 16mm film that documents the slow movement of light. The shadow changes along the way, making the image resemble at first a starry night sky and then a forest landscape.

Working in various media such as film, photography, and sculpture, Curreri creates work that is premised on the concept that human relationships give meaning to all things. He utilizes materials, textures, and media to highlight form and formlessness, as well as presence and absence. His recent work involves a project with the Gardiner Museum - Untitled (Clay Portfolio) - that consists of a series of photographs showcasing the smooth textures of broken, leftover clay in which “...the viewer sees formlessness pushing back against the form-giving process…,” and Medusa, in which the centerpiece features a faceless bust, with absence being the focus.