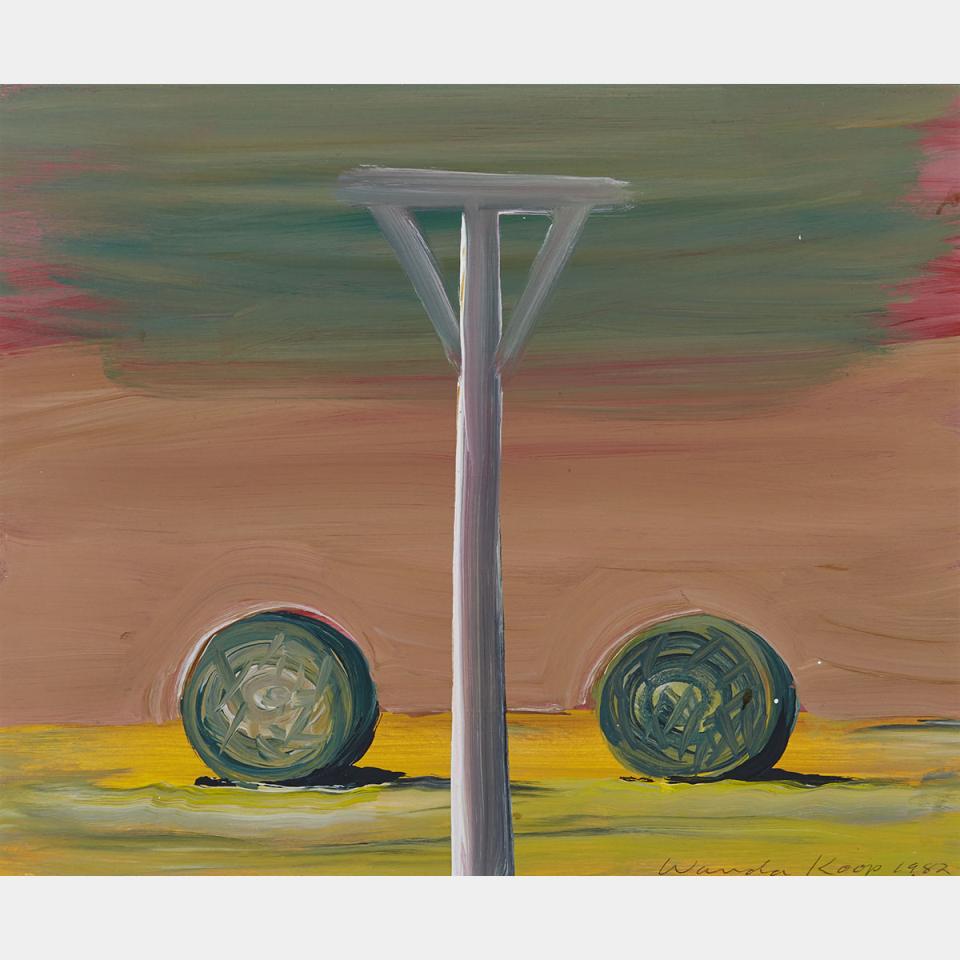 The incredible breadth and scope of her work has made it nearly impossible to categorize the art of preeminent painter Wanda Koop. Diverse in style and subject matter, Koop is known to grace unconventional materials with her acrylics, including plywood and the ragtop of a convertible car. The Vancouver native has shown her work in over 50 solo exhibitions over the past three decades in Canada, Great Britain, the Netherlands, Germany, Brazil, Japan, the USA, Italy, India and China. Her work is featured in the collections of the Reykjavik Art Museum (Reykjavik, ISL), Musée d’Art Contemporain (Montréal, QC), National Gallery of Canada and the Canada Council Art Bank, amongst others. Her work within the community must also be noted. In 1998, Koop founded Winnipeg’s Art City Project, an organization that provides inner-city youth with the opportunity to work with contemporary visual artists. She is the recipient of a myriad of awards both nationally and internationally including honourary degrees from The University of Winnipeg (Honourary Doctor of Letters, 2002) and Emily Carr Institute of Art and Design (2007). In 2002, she was awarded the Queen’s Golden Jubilee Medal and in 2006, Koop was appointed a Member of the Order of Canada. She currently lives and works in Winnipeg, Manitoba.