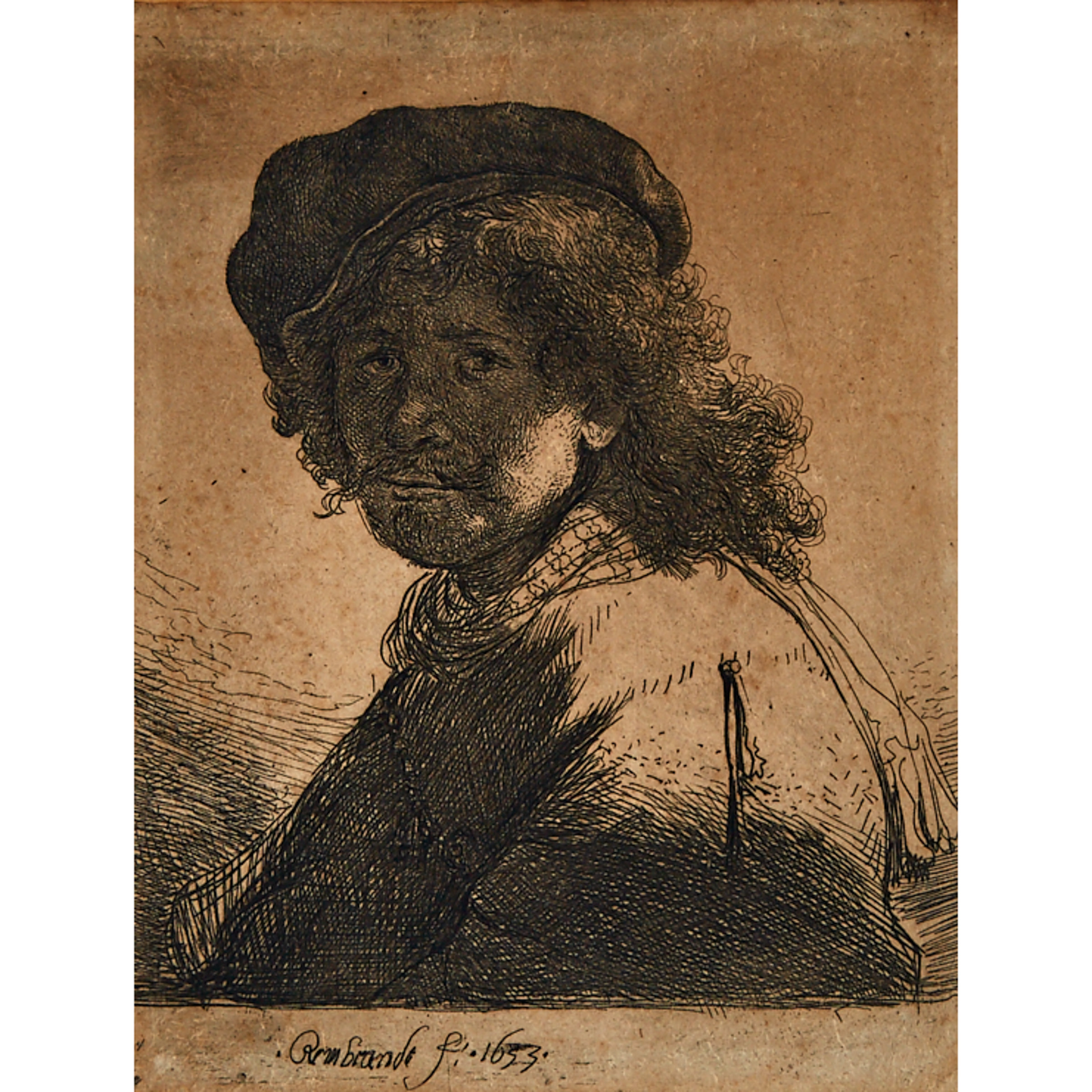 SELF-PORTRAIT IN A CAP AND SCARF WITH FACE DARK: BUST, 1633 [PROBABLY NEW HOLLSTEIN, 120 III/V], AN 18TH CENTURY IMPRESSION FROM THE ORIGINAL PLATE

Etching on laid paper (possibly with a partial watermark at the top centre edge of the sheet in an area where old restoration and thinning to the sheet has occurred), trimmed at the plate with narrow to thread margins (the matboard and tape verso covers most of the edges obscuring the plate mark and margins), the sheet with age browning; signed and dated “Rembrandt 1633” in the plate lower left margin, inscribed “Rembrandt Portrait B.17” in pencil verso
Plate/Sheet 5.2 x 4.2 in — 13.3 x 10.6 cm

Rembrandt etched this self portrait at the age of 27, before his marriage to Saskia van Uylenburgh. He depicts himself in military dress with laces on his shoulder for attaching armour and wearing a cap, his face and chest covered in shadow as he sits lit from behind. The dark shading or “chiaroscuro” that covered much of his face in the early plates disappears in later impressions.

Artists known for developing the chiaroscuro technique include the Italian masters Leonardo da Vinci and Caravaggio. Rembrandt collected Italian prints and was influenced by their paintings which he would have seen in Amsterdam in his early career. The composition with the sitter in profile, in a ¾ length view and set against a landscape background suggests a strong affinity to Italian Renaissance portraits.