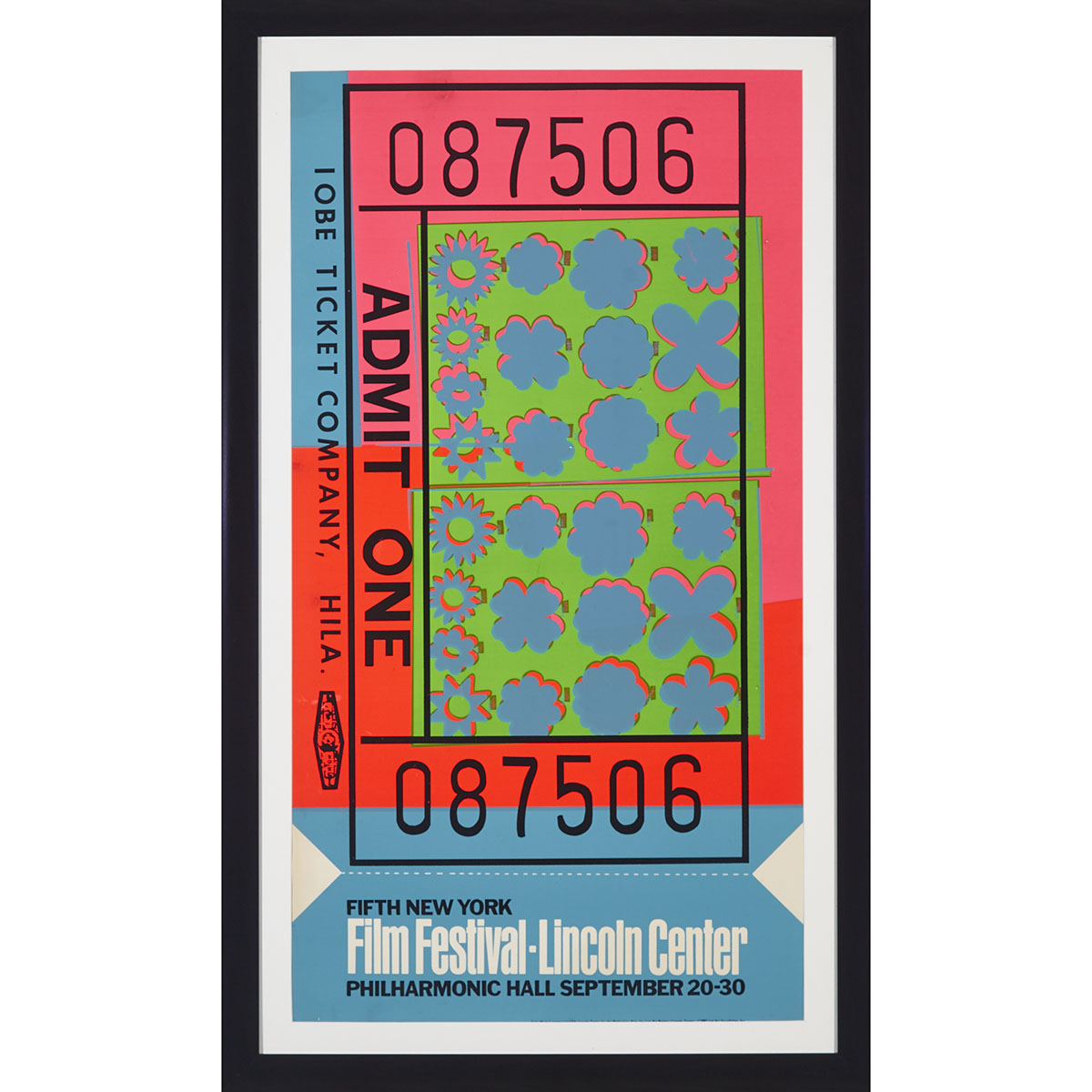 Created for the fifth annual New York Film Festival at the Lincoln Center in 1967, Andy Warhol’s Lincoln Center Ticket epitomizes the height of Pop Art – with its dazzling colour palette of a bold green, pink and blue, in addition to the inclusion of the artist’s iconic floral motifs. That year, Warhol pronounced “Art is for everyone” which is apt for this work – the Ticket not only represents the movement’s mainstream engagement with serial production, but also the elevation of everyday objects (here, notably so, a festival ticket).

Lincoln Center Ticket is a tangible reflection of the close link between Warhol and the film industry: the intimate relationship the artist established with the cult of celebrity (portraits of Marilyn, see Lot 12; Elizabeth Taylor and Elvis, among the many Hollywood icons immortalized by Warhol’s silkscreen touch) and his own romance with film – which hit a high point in the 1960s.