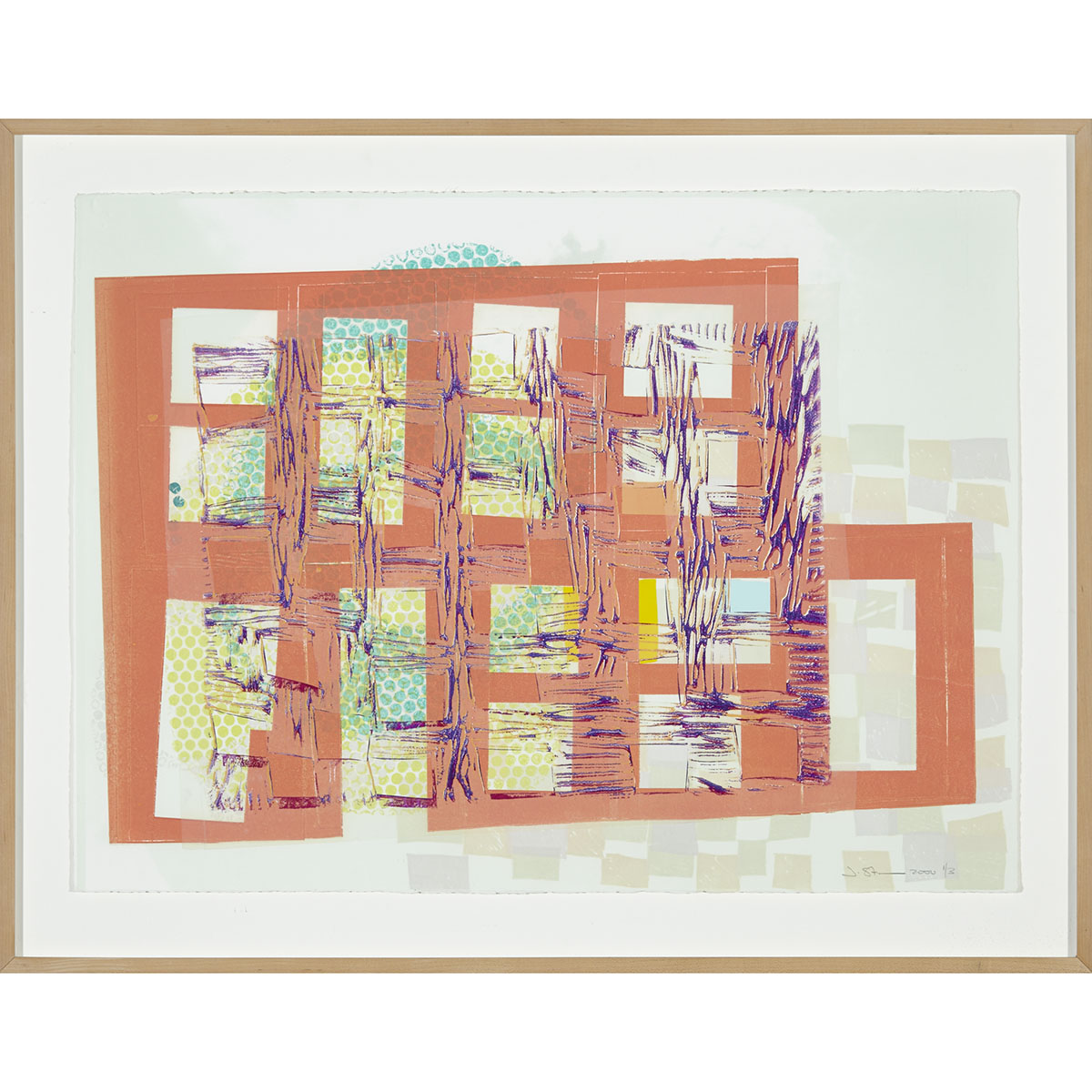 Untitled from 2000 epitomizes the articulation of architecture, bold colour and space that have become so characteristic of Stockholder’s work. Throughout her career, Stockholder has continually and intimately engaged with objects and their spatial impact. Existing as a shallow rendering, Untitled is a delightful and elaborate display of layering that shows off the wonders of the printmaking process. The dominant feature, an orange architectural form serves to anchor the print, a paired down minimalistic feature, rendered in its most simplistic, yet most precise manner. In contrast, the rectangular clean, cut-outs further boost its inherent structural associations – adding to the lithograph’s flat perspective through the provision of negative space. Untitled also exhibits textural components articulated through concentric forms, where a enigmatic duel ensues between circular and rectilinear forms, bringing a complexity to the work.

Untitled exudes a California cool, South-West edge with a modern, neat vernacular reminiscent of British artist, David Hockney’s early Los Angeles scenes from the 1960’s (a period during which Hockney himself became entranced by the power of lithography).

Stockholder’s artwork has been exhibited at the Dia Center for the Arts (New York), The Whitney Museum of American Art (New York), the Venice Biennale (Italy) and Centre Georges Pompidou (Paris) among others.

With Mitchell-Innes & Nash, New York; Art With Heart, Toronto, lot 23 label verso;
From whom purchased by the Private Collection, Toronto