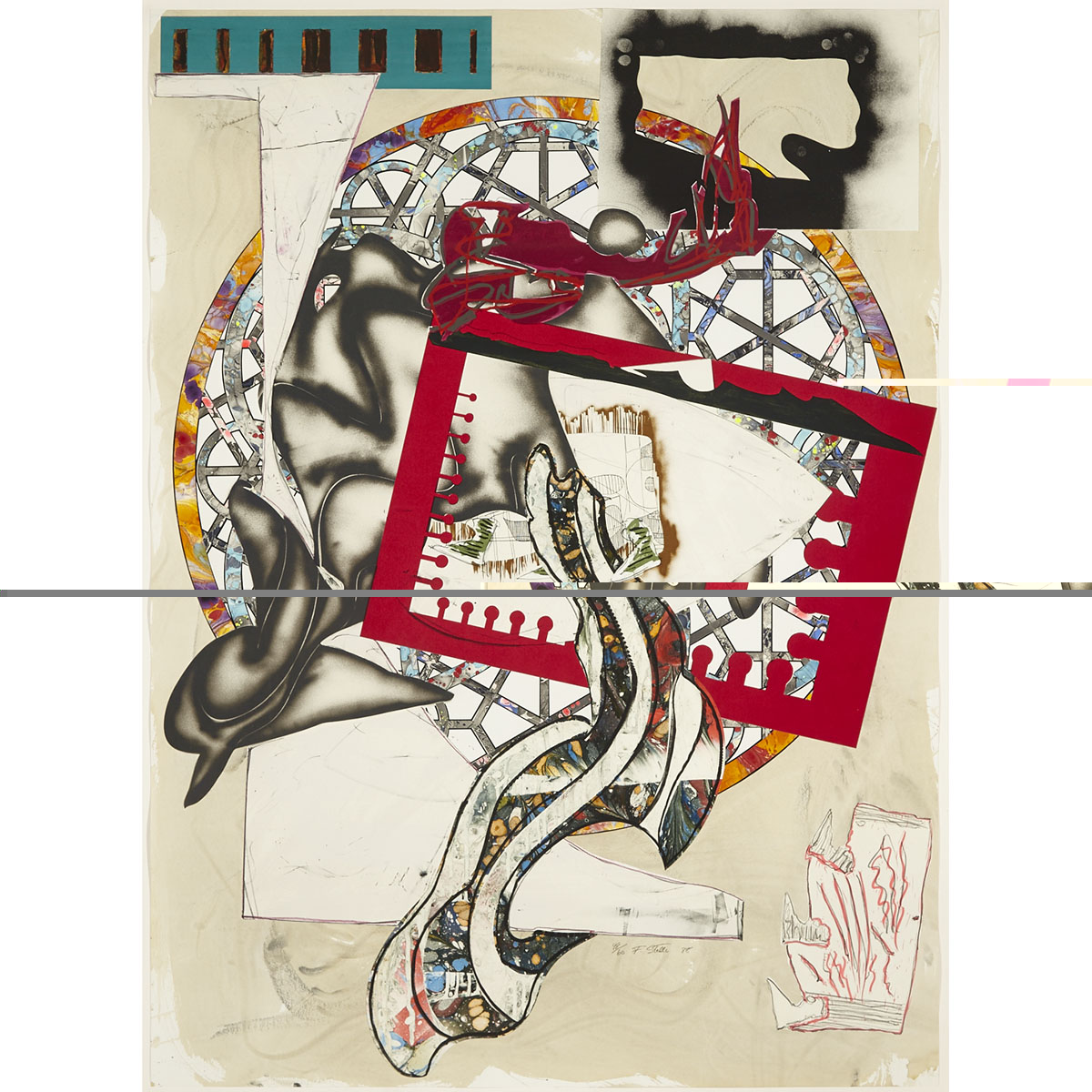 Fresh off the heels of an immensely successful retrospective at the Whitney Museum of American Art earlier this year, Frank Stella has re-affirmed his iconic status of American Postwar abstraction. Moving away from Minimalism, (a movement that the artist had revolutionized in the 1960s), The Pacific bears resemblance to Abstract Expressionism, bringing forth a vibrancy, where Stella leaves his inhibitions run free – not only through the print’s visual qualities, but also his mastery of a third dimension in printmaking.

Stella provides the onlooker an intimate view of the work, by bringing forth the deepest recesses of the print through the engagement of a variety of techniques that Stella credits himself of inventing. A pioneering force for a re-energized enthusiasm for printmaking in the United States, in The Pacific’s delightful mélange of silkscreen, handcolouring, marbelling, and collage, Stella solidifies his position as a real innovator of his craft.

The Pacific displays the virtues of three-dimensional illusionism through a two-dimensional language – a trick mastered by Stella’s Baroque ancestor, Caravaggio. Viewers are invited to enter Stella’s world through the many portals found within the external borders of the composition; semblance of unformed shapes and hybrids, materialized though collage and paint. The heart of the print is a sophisticated layering; first, deeply rooted within the semi-circular formations of Stella’s own creation, an homage to the artist’s Harran series in deconstructed portions, even to their fine colour palette of marbelling.While in the foreground, a brightly outlined, crisp crimson rectangular frame (a seminal colour, that Stella revisits continually in his art – see Sacramento series), lays bear the soul of The Pacific. A free flowing organic being that materializes from the small aperture in the centre of the composition. While delightful, yet shadowy vapours of black and grey hues emanate from this complex being – show praise for the spontaneous quality of the work, an intellectual edginess that represents the unrestrained vision of The Pacific.