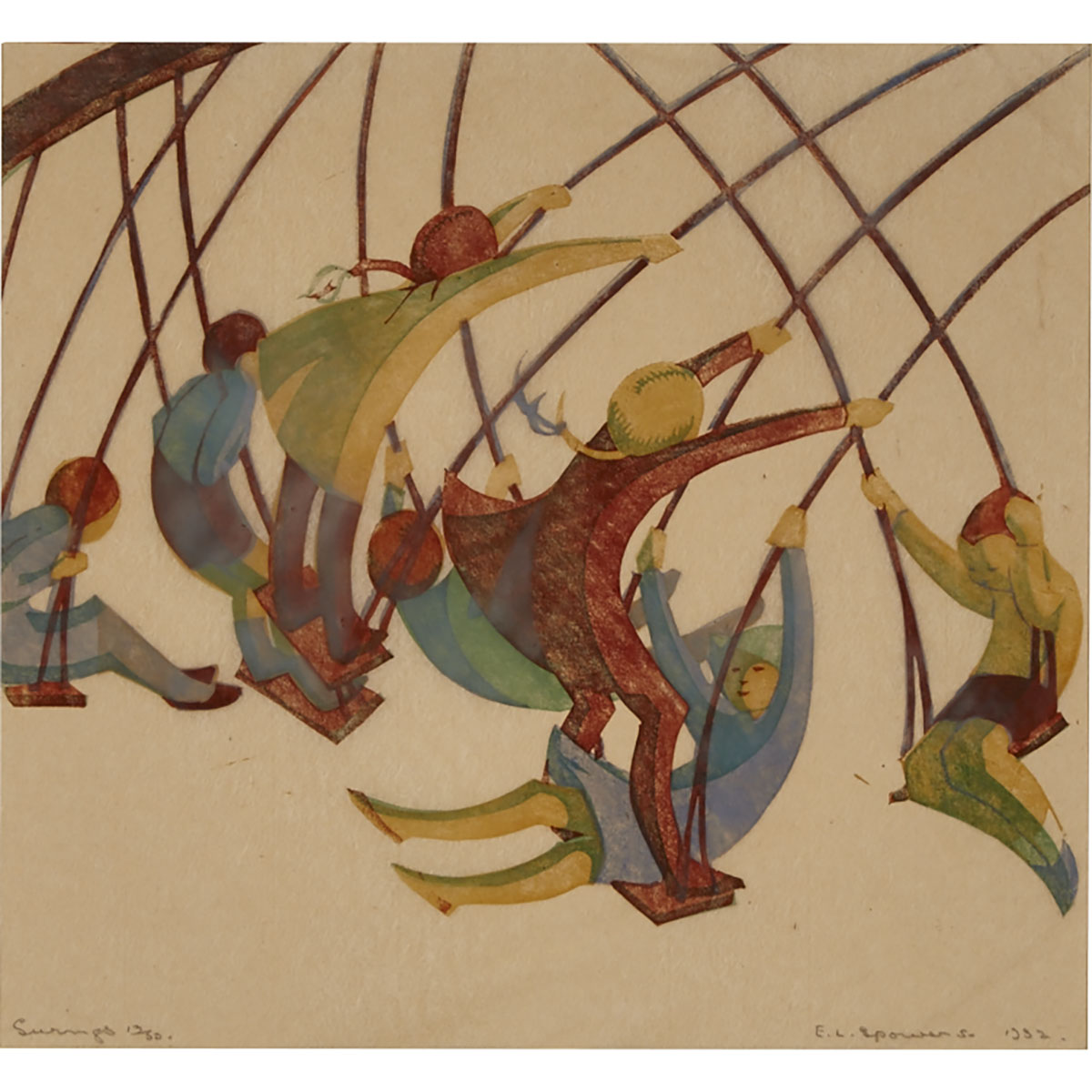 Early in her career, Spowers gained a reputation for her black and white illustrations for children’s books, her early work being greatly influenced by the art of illustrator Ida Outhwaite.

Spowers later attended classes at The Grosvenor School of Modern Art from 1928-1929, and then, on a return visit to the School in 1931. Here Spowers - along with other artists such as Sybil Andrews (Lot 26 in Shades of Grey), Cyril Power, and Dorrit Black - studied and developed printing techniques and concepts of the Modern aesthetic. During her time at The Grosvenor School, particularly under instruction by Claude Flight, Spowers absorbed herself in the linocut printing process and the modern aesthetic. Urbanelli comments, “Flight’s methods for his students required intense scrutiny of the subject, careful working out of the design, and a precise manner of realization. ”

In “Swings” there is an obvious marriage of Spowers’ preferred content – simplistic scene of children’s themes or activities with the rhythmic expression learned at The Grosvenor School. Pointed and trailing lines created by the linocut printing technique capture a sense of direction and energy. The linocut printing technique created figures that are outlined and modeled and thus monumental.

The play of bright colours and a complex design with children as emblems of simplicity and wholesomeness creates a wild scene of merriment that is filled with energy and propulsion. Coppel notes that Spowers’ linocuts of the 1930s were met with critical acclaim for their “bold, simplified forms, rhythmic sense of movement, distinctive use of colour and humorous observation of everyday life, particularly the world of children.”

Prints of this edition were exhibited in the following five exhibitions: