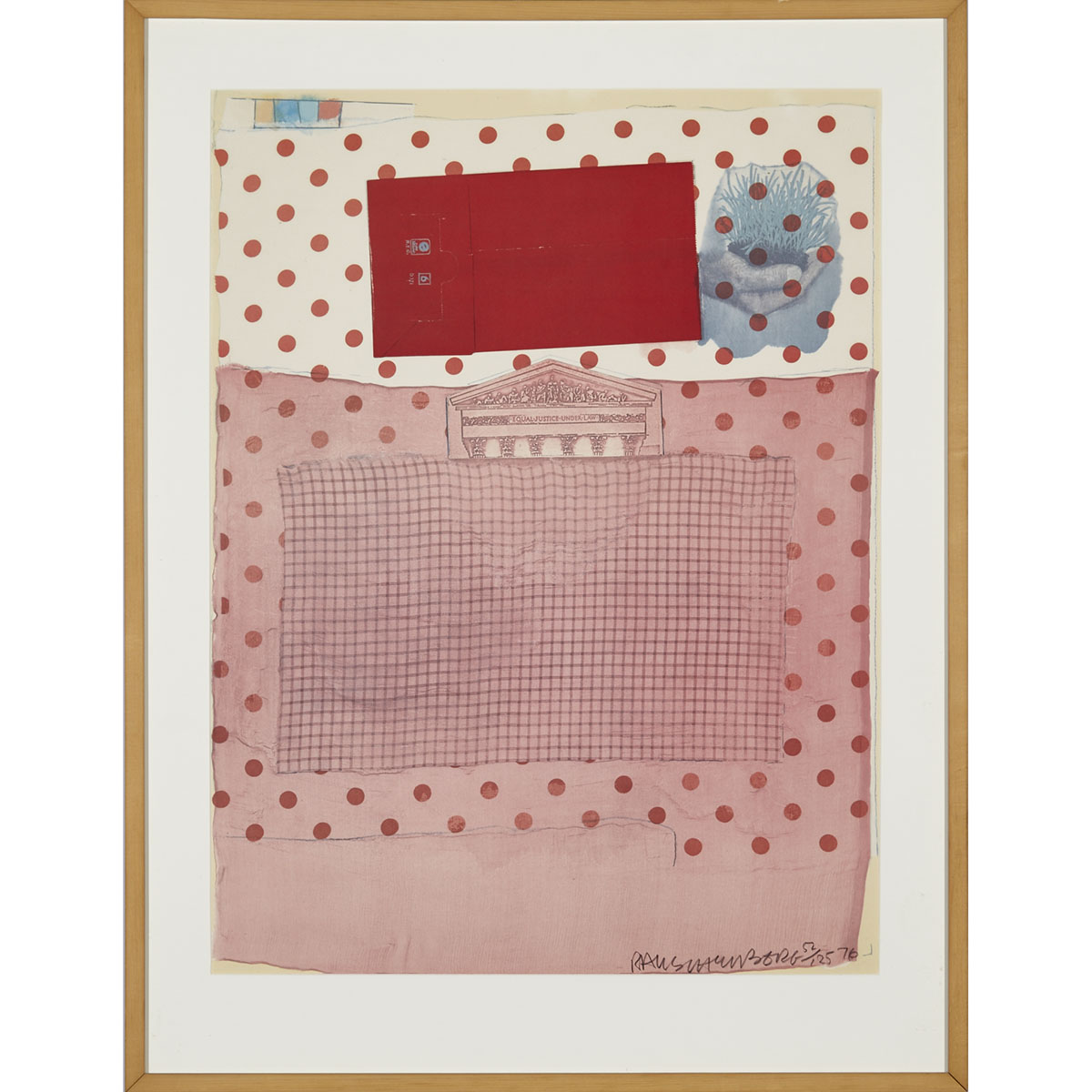 Rauschenberg, like his Abstract Expressionist contemporaries, focuses his attention on creating art that is devoid of a fixed meaning. Here Rauschenberg treats justice, an abstract concept, as a thing to be depicted in the graphic arts.

The red, white, and blue colouration seen in this work evoke the image of the American Flag. Though the colouration recalls the flag, it defies any specific emotion or meaning and what we are left to look at is how the graphic was made.

The printed elements of the work are equally as complex. In Equal Justice Under the Law, we see the genius of Rauschenberg as a graphic artist at play. The print is a richly textured combination of lithography and silkscreen; the latter used sparingly to lessen the absorbency of the paper in order for the lithographic inks to absorb their density or alternatively, a need for the precision that could not be as easily produced with a lithographic technique.