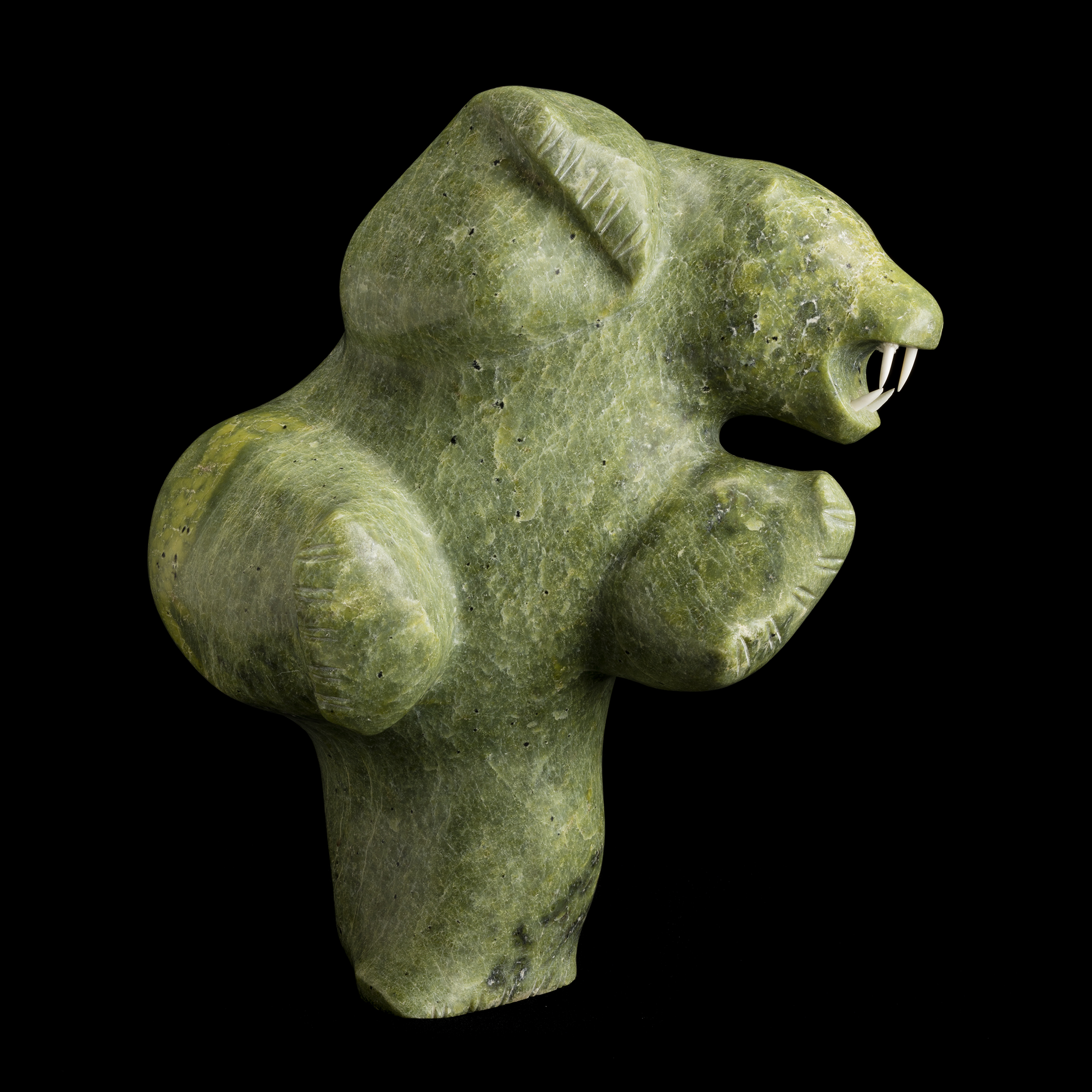 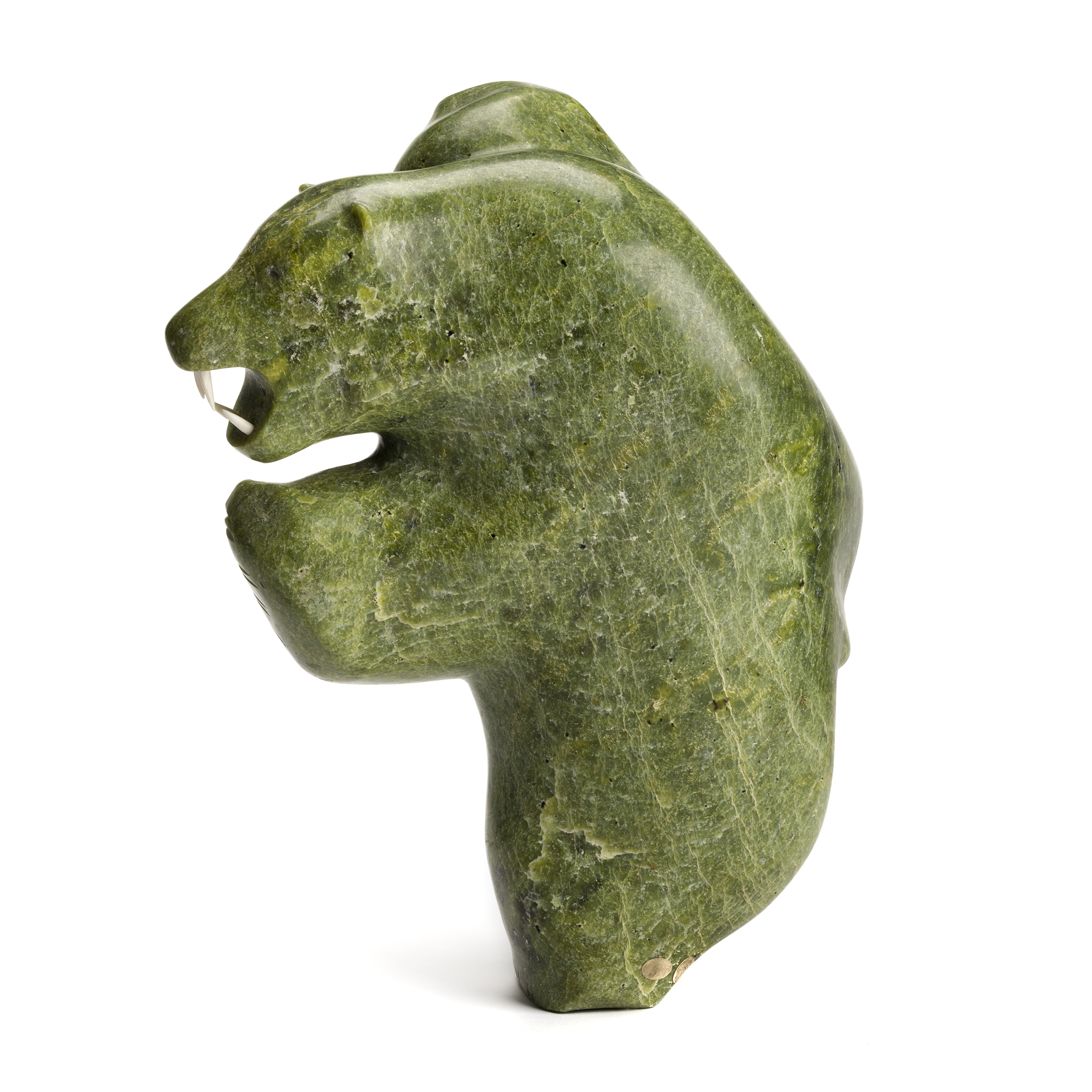 Pauta Saila is widely considered to be the consummate Inuit carver of polar bears. His respect and deep affection for the animal has been well documented in books and exhibition catalogues (see Ingo Hessel, Arctic Spirit, 2006, p. 90 for one example). Pauta loved carving too, and commented in a 1998 interview (when he was 82) that he still used axes, rasps and files (see Susan Gustavison, Northern Rock, McMichael, 1999, p. 63). He did not coin the phrase “dancing bear” – he probably would have preferred “balancing bear” – but he made the theme famous, iconic, and much copied.

This splendid sculpture is situated halfway between the two examples referenced below from the Sarick Collection at the AGO, both chronologically and stylistically. It is one of Pauta’s most pleasing compositions; the bear’s torso, upper limbs and head emerge from the bear’s left leg as organically as a tree grows from its trunk. Pauta’s massing and balancing of the sculptural forms is brilliant; the work is marvelous viewed from every angle. As seen in this artist’s other best works, the bear’s formidable power is expressed through a compression of form in the drawn-in limbs that appear ready to punch forth in every direction. We feel the latent energy as much as we see it.

One factor that made this Dancing Bear one of Pauta’s most beautiful and perfectly realized sculptures is the luscious, slightly translucent serpentinite from which it is carved. The white marble and brown-green Markham Bay stones did yield the artist some great works in the early-mid 1970s, but they were difficult to carve and did not lend themselves to fine detail and polish. Pauta must have felt truly liberated with this material.