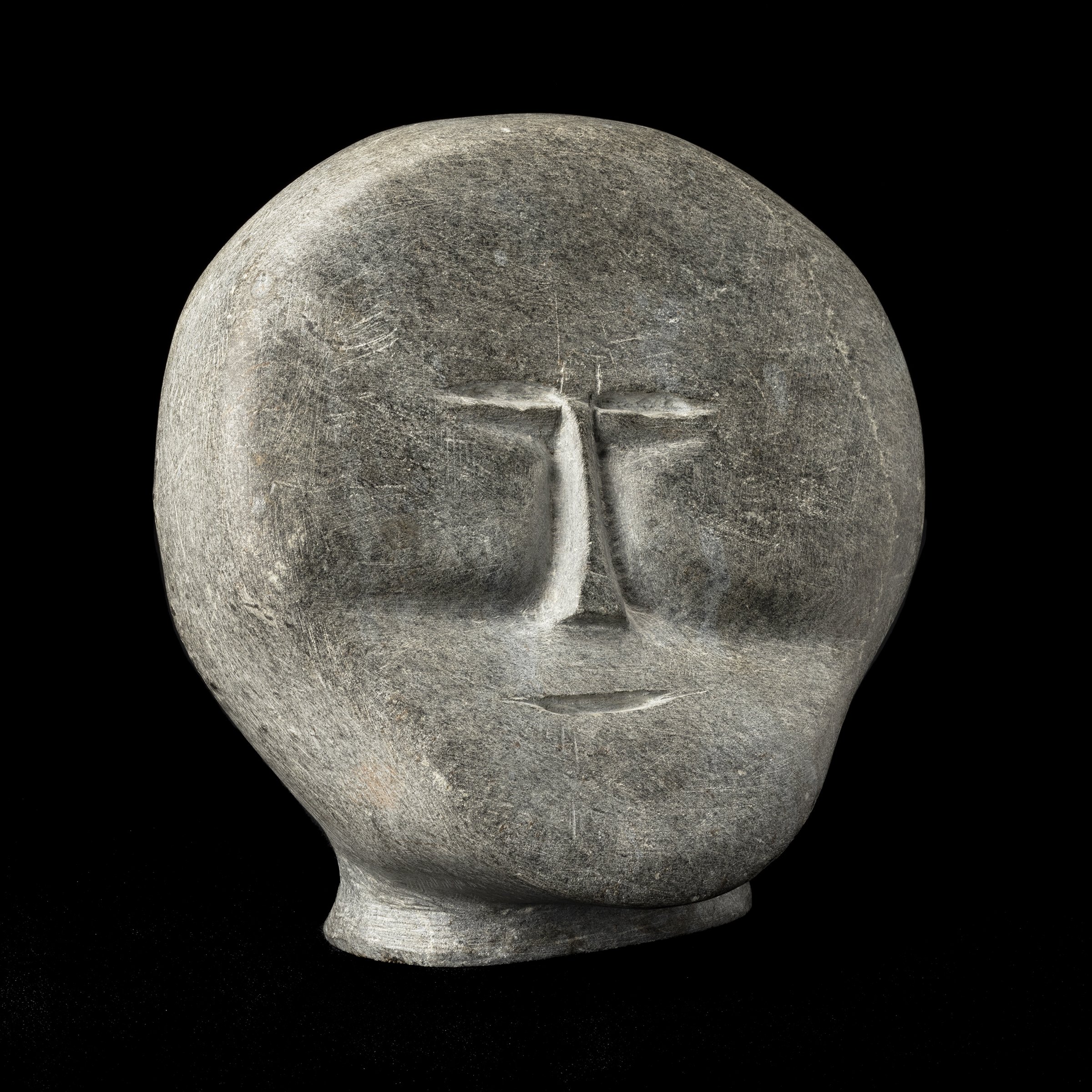 It is worthwhile looking up the references listed below to get a sense of the importance Tiktak gave to this theme beginning around 1965. There are several somewhat later and more crudely carved but no less striking heads by the artist as well, in addition to a number of impressive face clusters. The importance of heads and faces in Tiktak’s figural sculptures should not be overlooked either; they are often oversize and crucially important in giving his figures meaning and psychological power (see Lot 44).

This Head is one of Tiktak’s most elegant versions, a masterpiece dating from what we believe to be the pinnacle of his career, a short two-year span c. 1965-66. 1965 was the year in which Tiktak carved one of the most sublimely beautiful sculptures ever created by a Canadian artist, his Mother and Child in the AGO collection. Head is sophisticated, cool, and stately. Like most sculptures by Tiktak it bears the marks of the hand tools used in its manufacture, yet it is remarkably refined in its overall appearance. Moreover it has a timeless quality that transcends the category “Inuit art.”