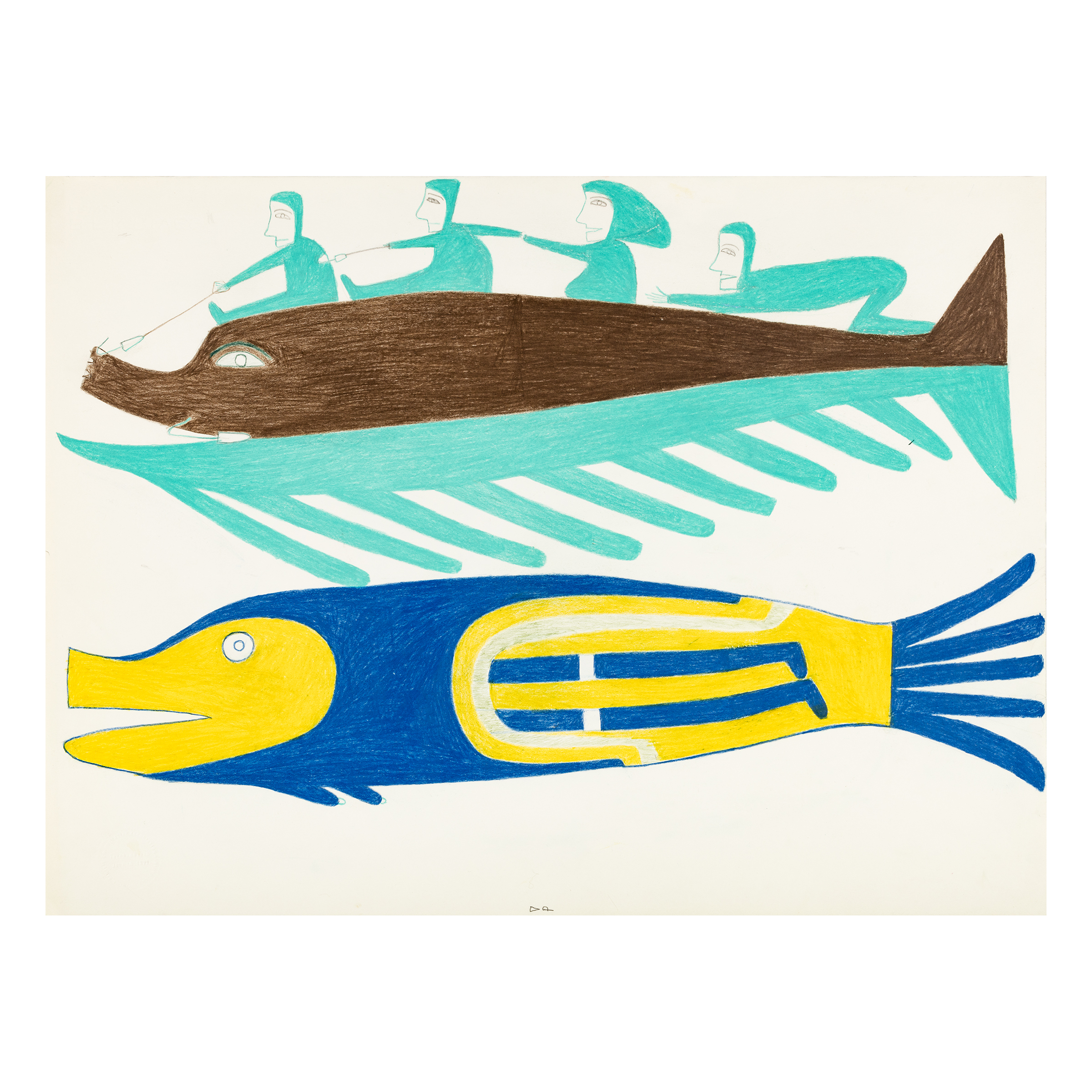 Jessie Oonark was an artistic genius but she probably had a less than perfect knowledge of Inuit legends; her daughter, the famous artist Victoria Mamnguqsualuk, likely had a better grasp. Possibly Oonark remembered snatches of stories and then worked them into a kind of imagined iconography of shamans, fish-people, bird-people, animal-riders etc. In other words she used stories truly as springboards for her visual imagination rather than trying to illustrate them.

A case in point: an Oonark print from 1981 (#6) titled The Fishmaker Made Kiviuk a Fish to Ride is quite similar to the top register of this drawing. In her telling of the Qiviuq episode in the catalogue Oonark deviates considerably from typical accounts, including her daughter’s exhaustive and rich ones. In both the print and this drawing Oonark’s imagery deviates even further. In the end, it is the imagery that is important and truly exciting.

And exciting it is. Untitled (Fish Riders and Fish-Woman) is fascinating, slightly mystifying, slyly humorous, and stunning. The four humans joyfully ride the fish as if it were a fast sled, and the fish is equally joyful as if it were a fast sled dog; the front rider hooks the fish just as he is himself hooked by the next rider back. The fish-woman below is simply dazzling, one of Oonark’s most beautiful imaginary beings. Oonark designed various fish-women over the years but this one leaves us speechless.