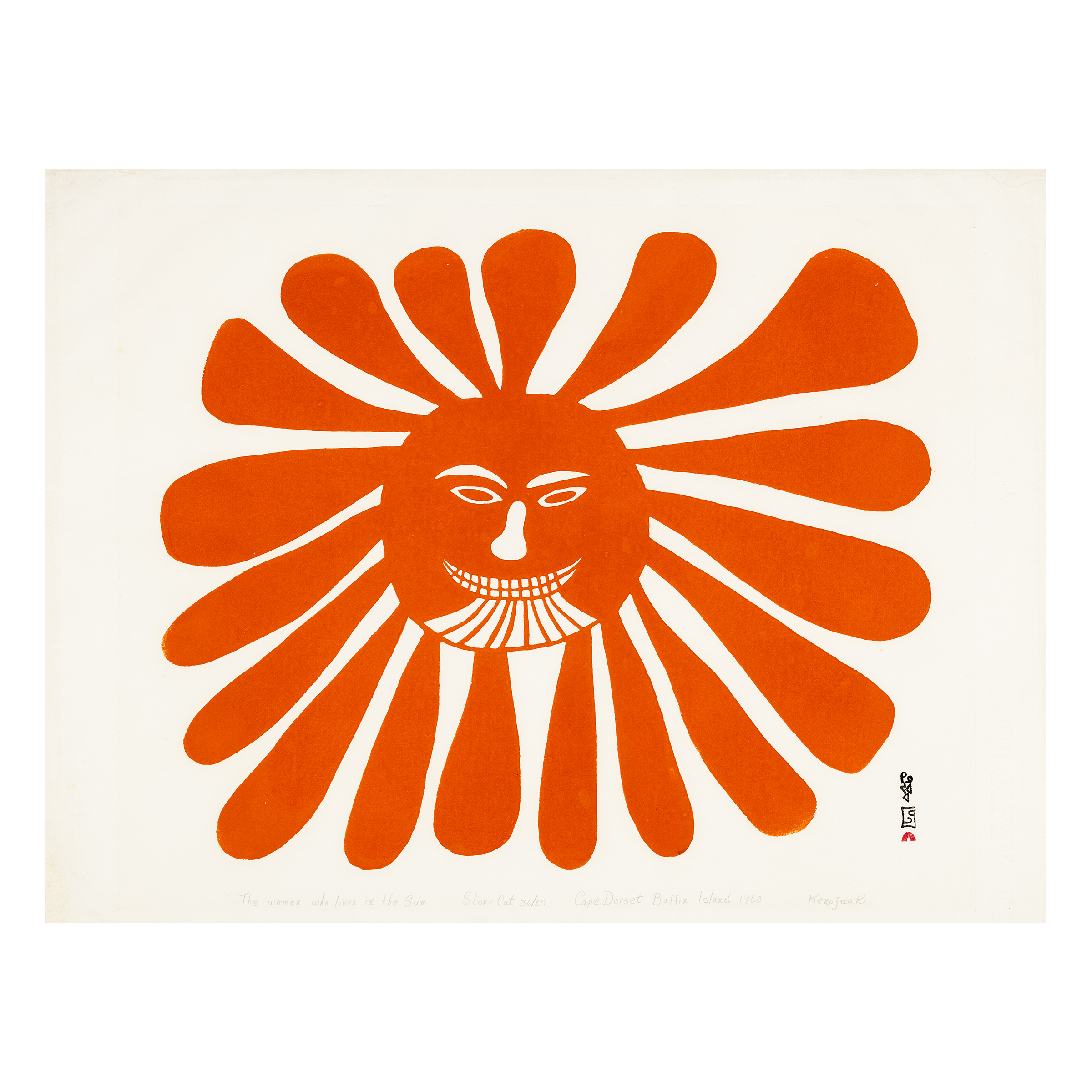 THE WOMAN WHO LIVES IN THE SUN

As with Kenojuak’s The Enchanted Owl, from the same year, this iconic image was printed in two different colours. The first half of the edition was printed in yellow, the second in an orange-red. Apparently the decision was not intentional for this print; the print shop simply ran out of yellow ink and was obliged to switch to red! Thus was born the one print that could be said to truly rival The Enchanted Owl in terms of its imagery and its powerful graphic punch. This crisply printed red copy of The Woman Who Lives in the Sun has the same impact as the day it was printed; the brilliant color has lost none of its intensity.

The idea of the sun as the giver of life, light, joy, and abundance is especially poignant in the Arctic, where the sun is absent so much of the year. This splendid image reflects Inuit belief in the distinctly feminine nature of the sun, emphasized and made literal by means of the striking traditional women’s chin tattoos which radiate down from the sun-woman’s mouth. The concept of the sun’s womanhood no doubt stems from the famous Inuit story of a sister and brother who unwittingly committed incest. Filled with shame, the sister fled with a lighted torch, pursued by her brother, whose torch was soon extinguished. The two rose up to the heavens where she was transformed into the sun and he into the moon.

After the death of her beloved husband Johnniebo in 1972, Kenojuak claimed that this image and several others were actually his. Terry Ryan, who had bought the original drawing directly from Kenojuak, remained convinced that its style was clearly hers (personal communication, 2012). We agree; while the original drawing is lost, the two contemporaneous drawings referenced below (which are Kenojuak’s) incorporate an almost identical sun image. Furthermore, the radiating rays of the sun closely resemble the radiating feathers of The Enchanted Owl.