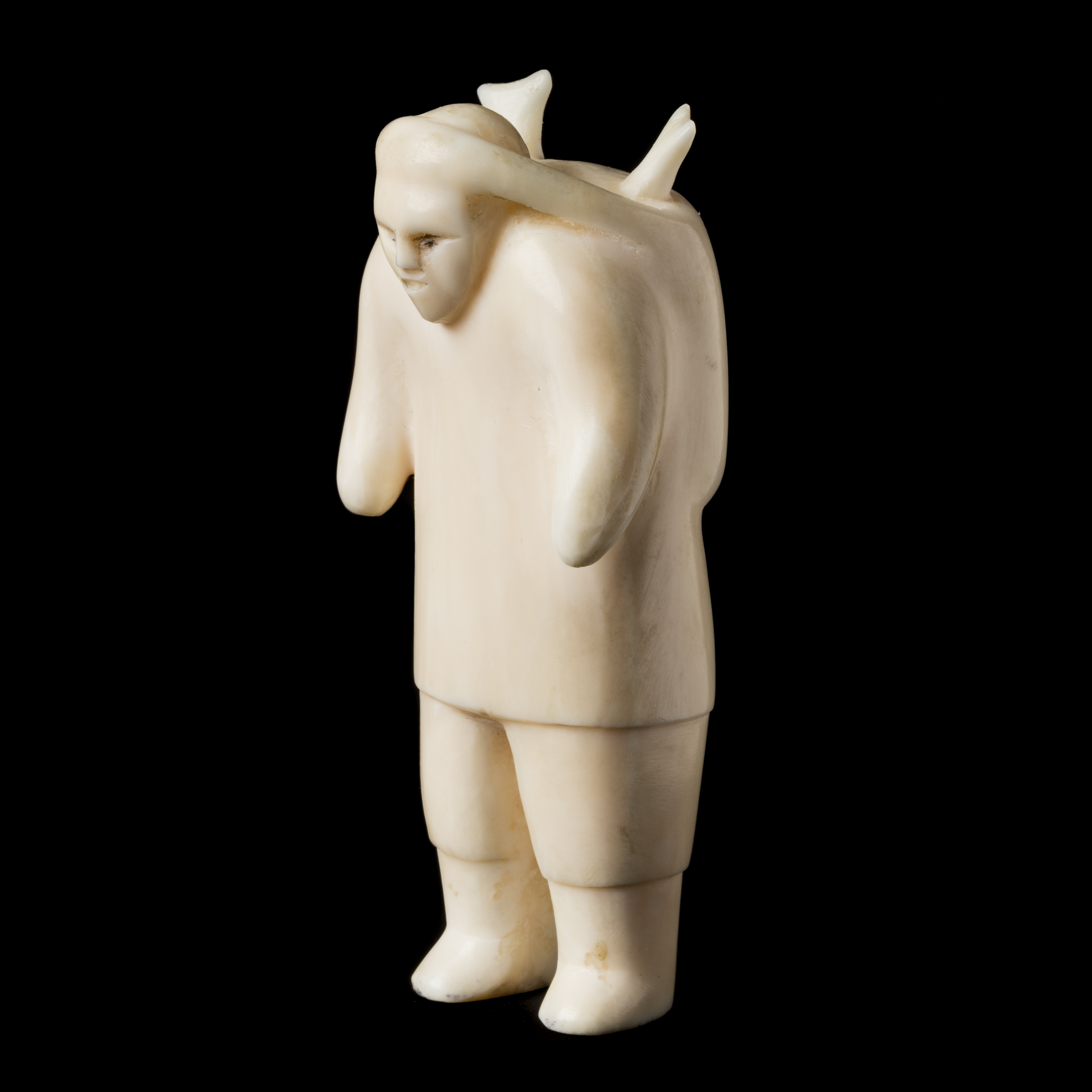 Oogaaq began carving around 1960, becoming perhaps the greatest of the Pelly Bay ivory miniaturists. Apparently he was also considered to be the best drum dancer in the community. Little is know about his early life beyond the fact that he was adopted by a close relative after his entire family was wiped out in a mysterious accident. Fisherman Carrying his Catch is quite justly the most famous of Oogaaq’s carvings. It radiates an air of monumentality, solidity, and stoicism that belies its small size and the precious quality of its material.

Exhibited and published: this work was included in the famous international touring exhibition Sculpture/Inuit of 1971-73, and is illustrated in the catalogue (Canadian Eskimo Arts Council/University of Toronto Press, 1971) cat. 106 (illus. in colour and b&w). Also published in George Swinton’s classic Sculpture of the Inuit (McClelland & Stewart, 1972/92), fig. 212.