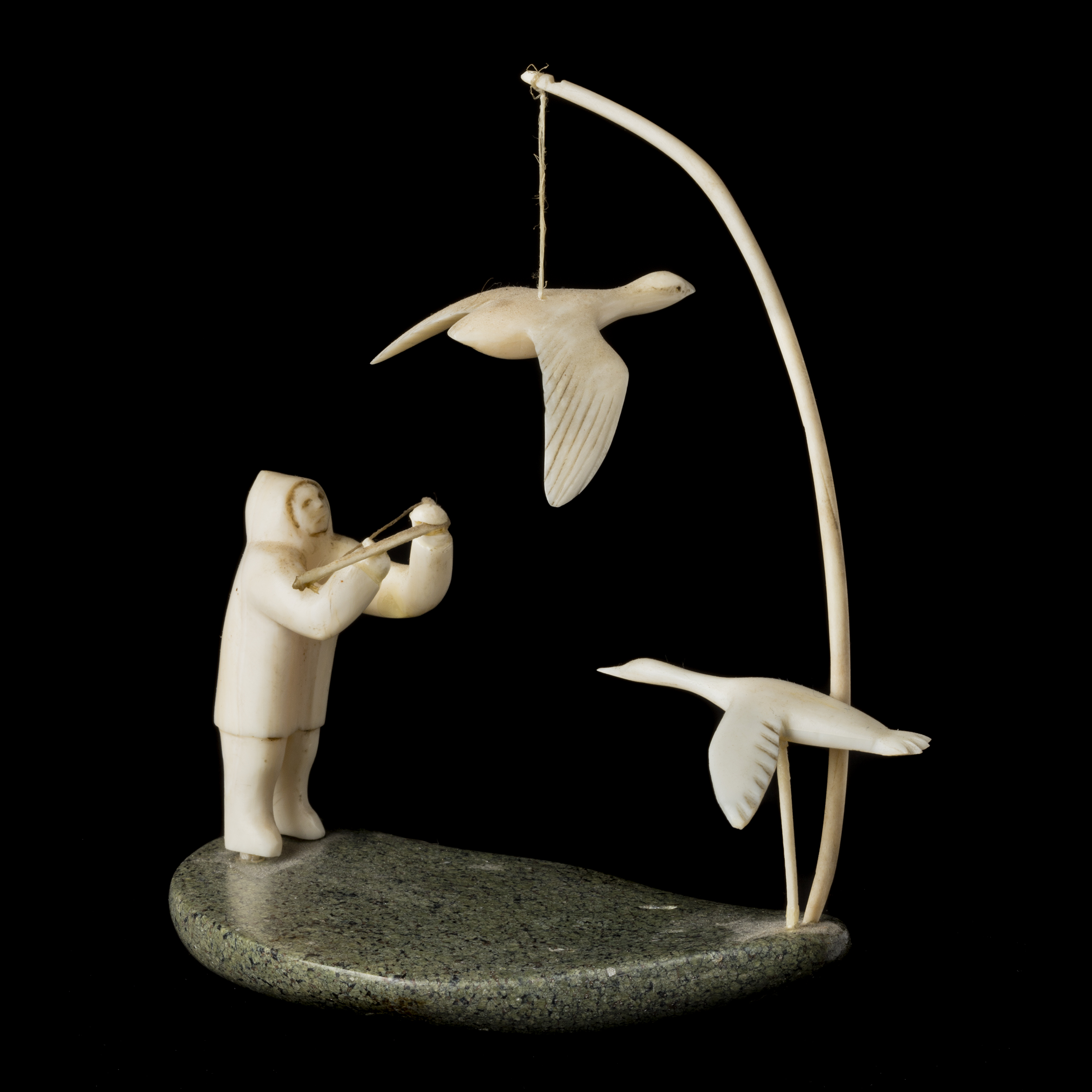 Mark Tungilik is probably the most famous Inuit ivory miniature carver. He was born in the Spence Bay (Taloyoak) area (in 1904, his daughter believes) then moved to Pelly Bay and finally Naujaat. Roman Catholic missionaries had been encouraging local Inuit to carve Inuit and Christian imagery in ivory already in the early 1940s, so Tungilik was already a skilled artist by the time James Houston showed up in 1950 to encourage carving production.

Bow Hunter and Two Birds is a classic example of the 1960s ivory miniature genre; a delicately rendered and beautifully balanced composition. Tungilik’s artistry is apparent not only in the carving of the figures themselves but also in the creation of an enchanting little self-enclosed world.