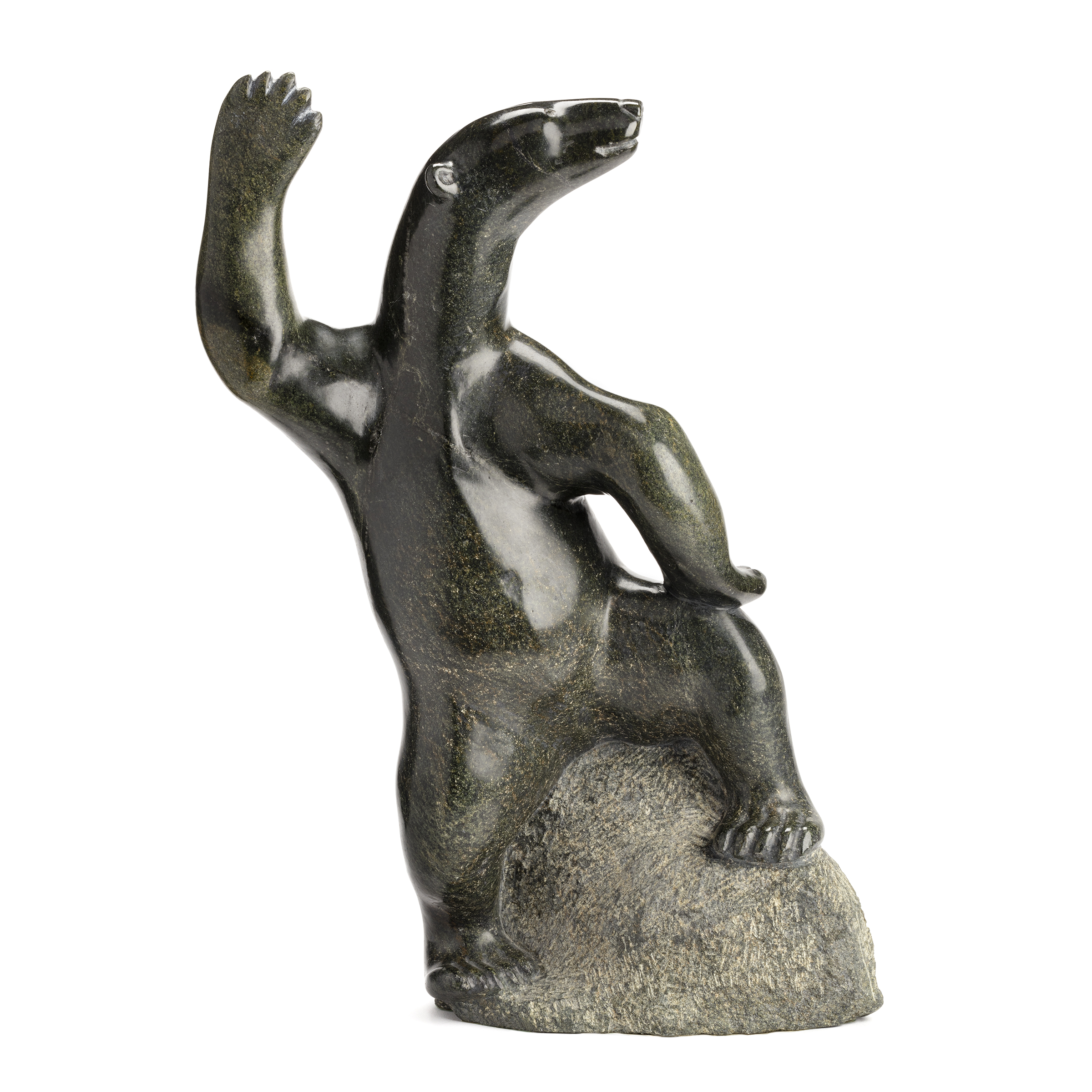 There are two great carvers of bears in the history of Inuit art: Henry Evaluardjuk and Pauta Saila (see Lot 11). Evaluardjuk never really spoke about his art or his love of bears, but Pauta shared his thoughts about polar bears on several occasions:

Polar bears are playful when there’s nobody around. They’re playful, but you have to look at them without letting them know. They’re playful as long as they don’t see a human around, or the dogs chasing them. (Artist interview with Ingo Hessel in Arctic Spirit, Heard Museum, 2006, p. 90.) Polar bears are just like people. They can do many things that humans do. They can stand or sit, like us. They look around, just like we do. (Artist interview with Dorothy Harley Eber in “Talking with the Artists,” In the Shadow of the Sun, CMC, 1993, p. 425.)

Evaluardjuk typically depicted his bear subjects as lethal hunters, stalking unseen prey, with powerful necks extended. Occasionally he carved them as standing, much as humans do. Only very seldom do they gesture, and we know of only one other example of a small bear seated on a rock. This Waving Polar Bear, along with the two examples referenced below, are rare examples of Evaluardjuk bears with human-like personalities and touches of humour and real charm. Equally extraordinary is the scale of this work, one of the largest sculptures that this artist ever produced.