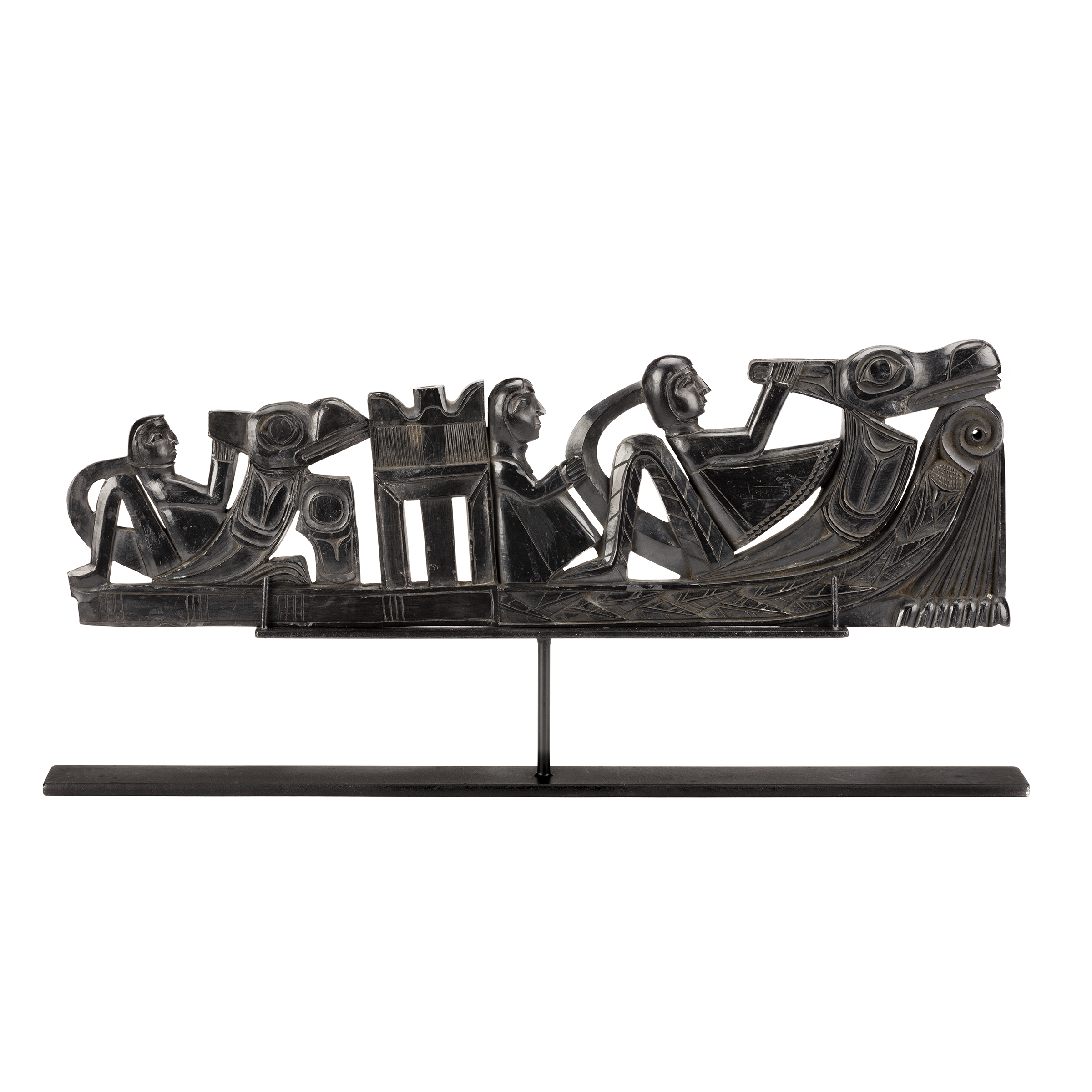 A few of the earliest Haida ship panel pipes may have been created in the 1820s. By the 1840s Euro-American ships and their crews had become popular subjects for Haida argillite carvers, supplanting panel pipes with traditional Haida motifs. The artists found the exotic look of the ships themselves, their captains and sailors, and their cargoes fascinating. Ship panel pipes became highly prized trade goods, the subjects themselves providing a ready market for these fascinating creations.

Leslie Drew writes: “For sheer surrealism in the realm of panel pipes, nothing can compare with those that combine both European-American and Haida motifs, in a cross-fertilization of artistic concepts” (pp. 180-181).

The bow of the ship is adorned with a scrolled billet head, a common feature of sailing vessels from the period, and cluster of berries. Tobacco leaves decorate the keel halfway to the stern (tobacco was of course the very raison d’être for pipes and was thus an important motif, even though these elaborate works of art had become pipes in name only!). The woman at the bow and the man at the stern lean against the jumping legs of insects, probably grasshoppers, very much like the example illustrated in Macnair and Hoover. The woman at the centre sits leaning against the ship’s deckhouse. Unlike the various animals that typically adorn ship panel pipes – mostly dogs and birds - the two insects are carved fully in the traditional Haida style. This hybrid style is what makes this fine pipe particularly noteworthy and “surreal.”