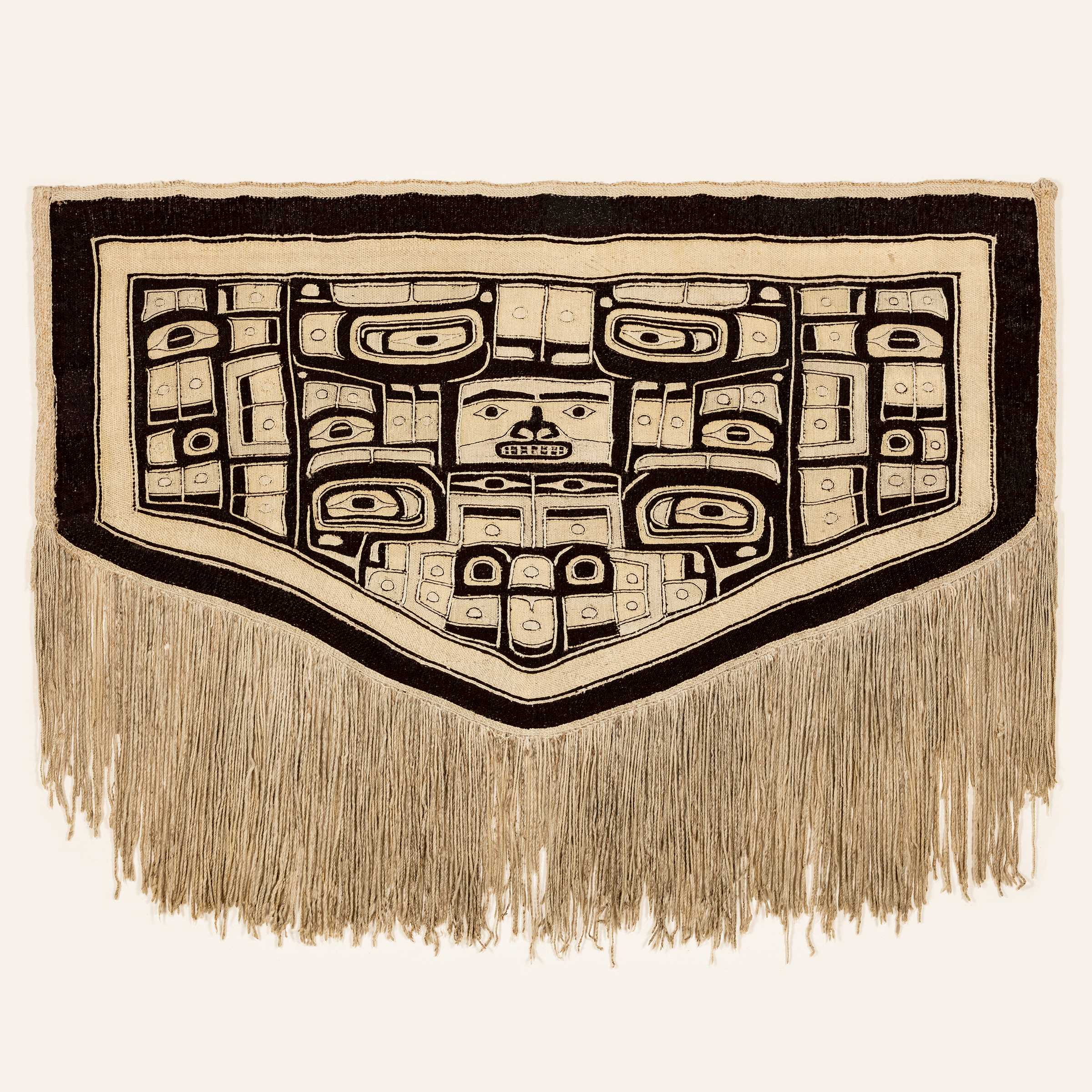 The technique of twined tapestry known as Chilkat weaving is one of the most complex styles of fabric decoration known in the world. Oral history tells us that the specialized braiding techniques that enable the weaving of circles and other rounded forms found in Northwest Coast two-dimensional design were developed by Nishga’a weavers in the Nass River valley, sometime around the middle of the eighteenth century. Within a few generations, basic design forms had been mastered and refined into accurate reproductions of painted crest images in woven form. Before the first decades of the nineteenth century, the characteristic five-sided border shape and distribution of complex formline imagery had evolved into the classic form as seen in the subject work. The weavings were made to duplicate design forms painted on wood panels with just over half of a symmetrical design represented. The weaver measures off this pattern board row by row to recreate the interconnected design forms of the painting.

Pattern boards were traditionally painted by men trained in the profession by master artists before them. Many unique patterns were used to create one-of-a-kind images in the first half of the nineteenth century, of which a number of examples survive in the world’s museums. By mid-century the pandemics of introduced diseases diminished the indigenous population, including skilled artists, and fewer unique pattern boards were being created. Single boards would be reproduced numerous times in weavings, sometimes with small changes adapted by the weaver. The lower center of the design field in this Naaxein is an example of that, where design elements from a different robe have been grafted into the mouth area of this weaving to distinguish it from others using the same or a similar original pattern. Here the design represents a diving whale; the head of the whale is shown at the bottom, and the tail across the top of the field.