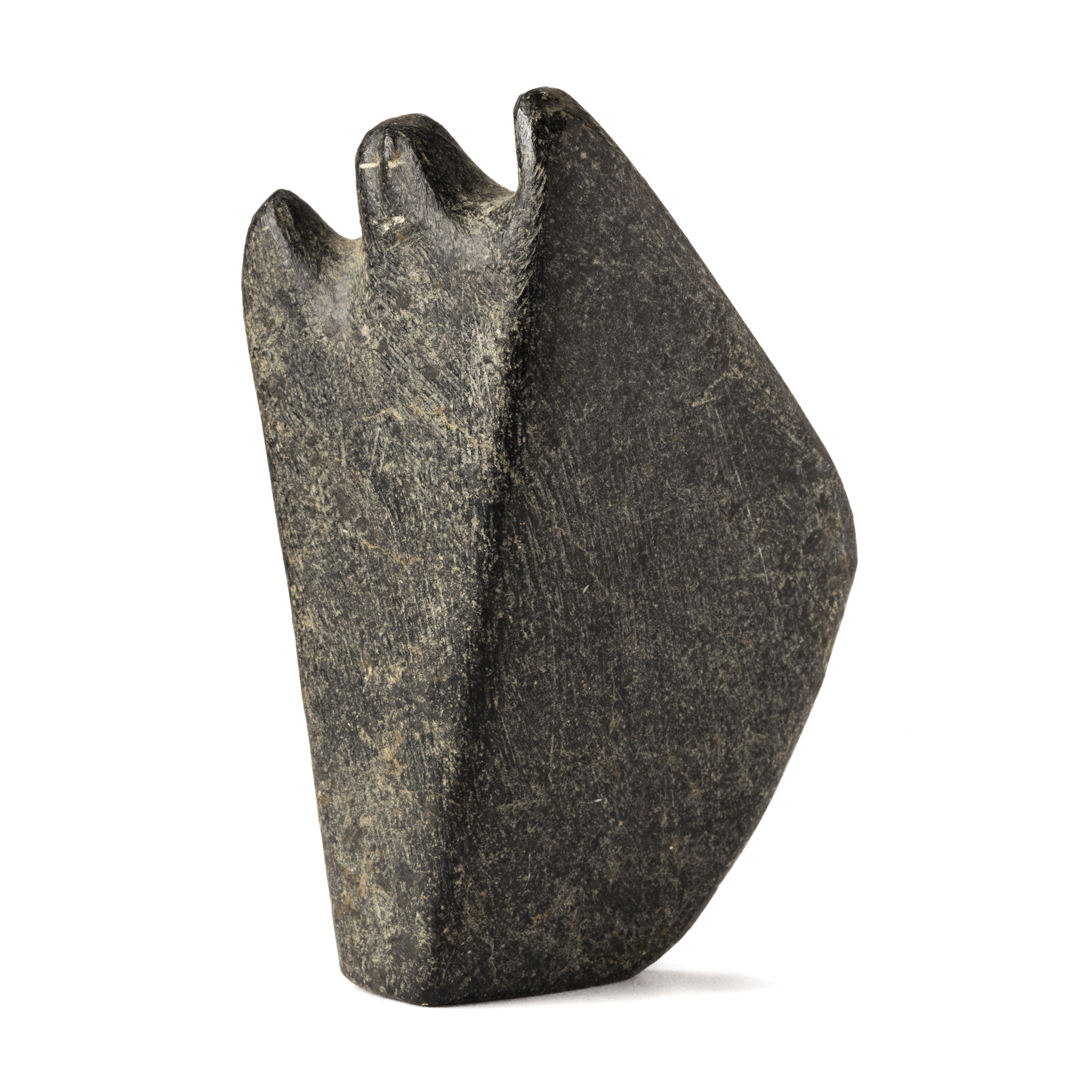 this work is illustrated in George Swinton’s classic Sculpture of the Inuit (McClelland & Stewart, 1972/92), fig. 621.

Figure with Raised Arms is one of two small masterpieces much admired by George Swinton at the home of the collector who had purchased them in Arviat in 1968 and 1969 respectively. He had them both photographed and published in his landmark 1972 book Sculpture of the Inuit. The companion piece was Lucy Tasseor’s Mother and Child (Swinton, 1972/92) fig. 609 (also ill. in Walker’s May 2018, Lot 86). Tasseor’s work was quite small (4.75 in high); Figure with Raised Arms is even smaller, making it a true miniature. Pangnark’s sculptures were generally quite modest in scale – most can be picked up and caressed in the hand – but he carved relatively few miniatures.

This small gem is a transitional work in Pangnark’s stylistic evolution. The artist was still experimenting with his harder-edged geometric compositions, but was taking the first steps towards a shift to a softer, more minimalist aesthetic. Figure with Raised Arms is still easily recognizable as just that; the human proportions and simple, evocative gesture are clear. We do not need to search for clues that this is a human subject, yet all extraneous detail has been quietly, effortlessly stripped away. Like the carving by Tasseor, this work is perfection.

a Quebec private collection; purchased in Arviat in 1968 by the current owner