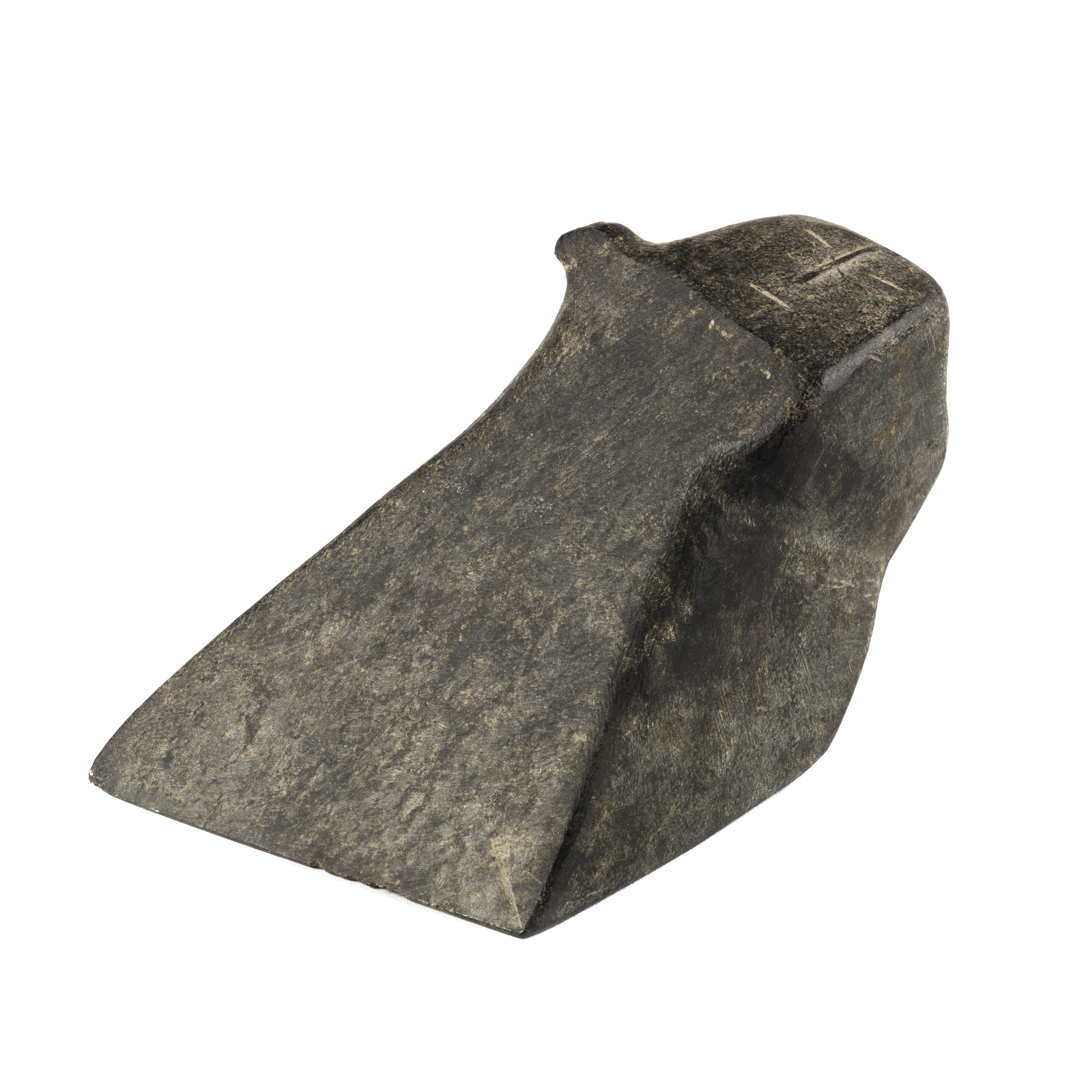 This superb abstract sculpture by Pangnark was purchased at the same time as his Figure with Raised Arms (Lot 31). Just as that sublime little work is an experiment in distillation of essential form and content, this larger sculpture is very much a radical experiment in abstraction and geometry. This fact is vital to the understanding the genius of this Arviat master. In 1968 Pangnark was an experimenter, an inventor of new forms, a pioneer. His achievements are no less than those of Picasso or Brancusi in Paris.

Carve a human figure so that it resembles the head of an axe. Leave a hint of a hand, the traces of a face, the intimation of a parka hood. What do you have? Something entirely new. Angles, planes, curves, volumes. And yet still a figure. Outstanding.

References: for numerous other works by Pangnark from the same period see George Swinton’s Sculpture of the Inuit (McClelland & Stewart, 1972/92), figs. 56, 615-624. A somewhat later figure (1974) in the Sarick Collection at the AGO has a similarly pronounced backward lean (see Ingo Hessel, Inuit Art: An Introduction, p. 126).

a Quebec private collection; purchased in Arviat in 1968 by the current owner