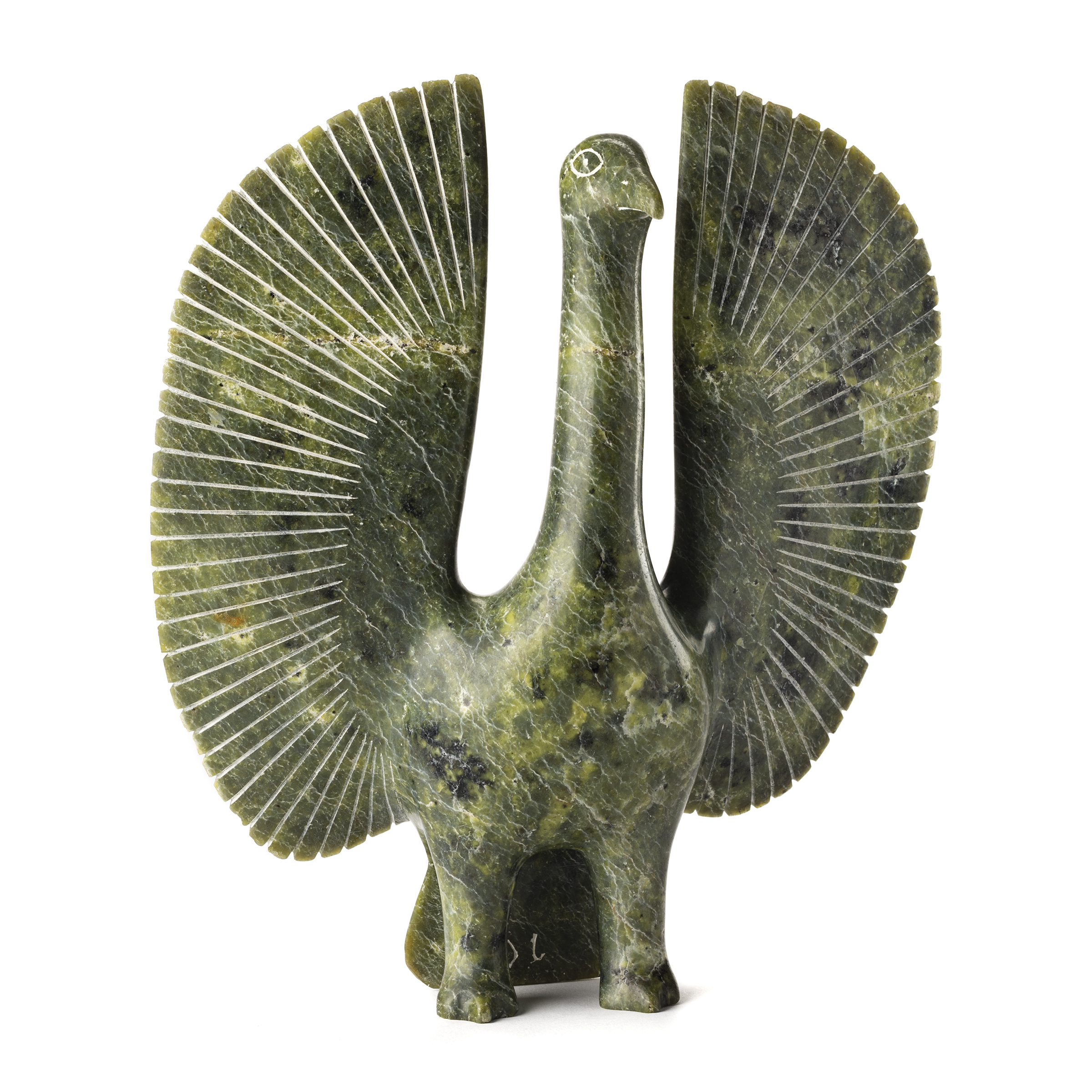 Out on the land, I have seen birds resting. They’re so beautiful with wings raised, stretching. I’ve looked at birds in flight and thought about carving them, but it’s too difficult (see Blakeman below).

Abraham Etungat was elected to the Royal Canadian Academy in 1978 and was granted at least seven solo exhibitions in his lifetime. Although his subject matter was quite varied (animals of all types as well as humans) it is his birds that have become famous with collectors. Depictions of birds in this particular pose by Etungat are popularly known as “Birds of Spring” in reference to the three large bronze replicas (in Toronto, Vancouver and Calgary) of a carving so titled by the artist. This graceful version is particularly refined in its execution and positively majestic in its pose.