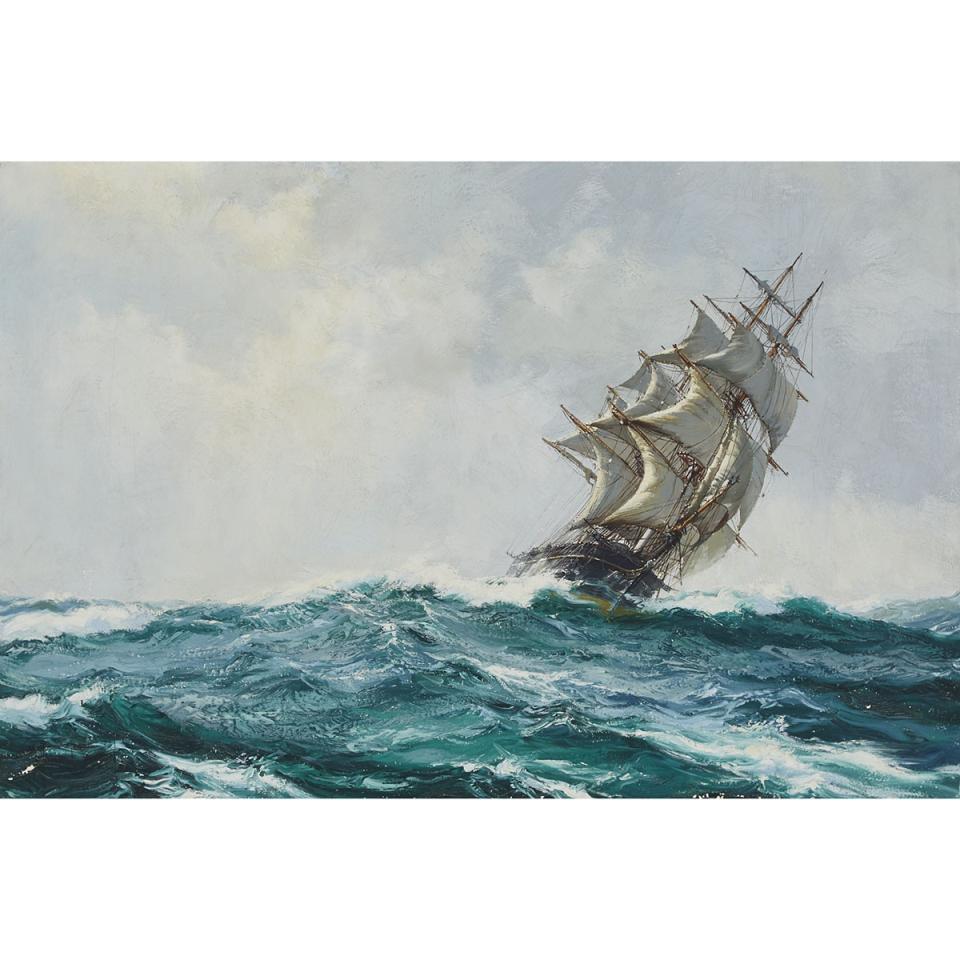 The clipper ship ‘Wild Ranger’ was built in 1853 for Boston merchants Sears and Thatcher. Initially making California runs, she later served the Australian and East Indian trade routes. On an 1862 London to Boston run, she collided with a British vessel; judged to be at fault, the Wild Ranger was subsequently sold at auction and renamed ‘Ocean Chief’. On a fateful Rio de Janeiro voyage the Ocean Chief collided with a steamship and was lost.

Glenn A. Knoblock, “The American Clipper Ship, 1845-1920/ A Comprehensive History, with a Listing of Builder’s and Their Ships: Part Two: Builders & Ships- Massachusetts (Medford)”, p. 297.