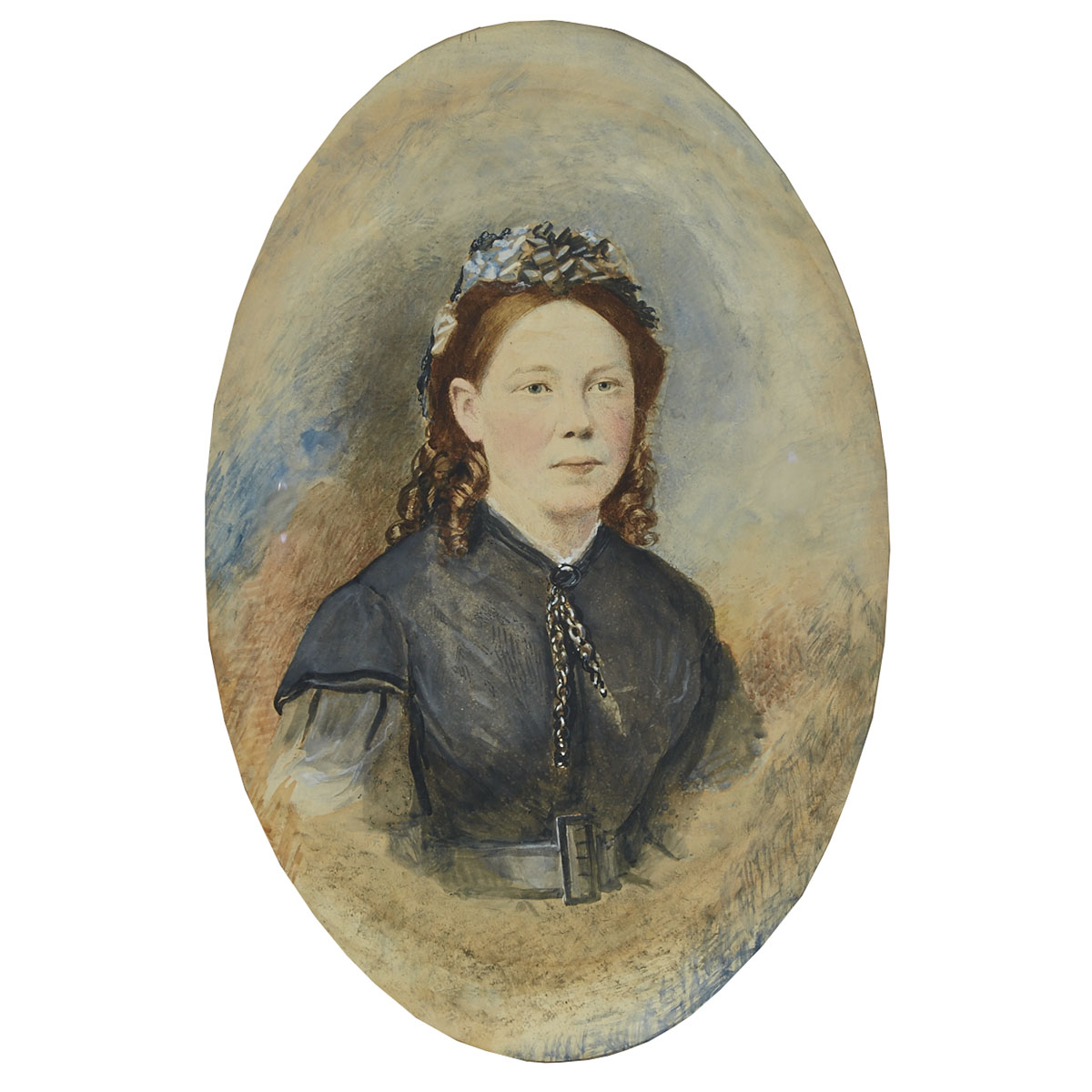 Watercolour on paper board sculpted in the oval, over a photographic ground; titled and inscribed to unknown printed label verso. Contained in an oval frame with convex glass.

The sitter was the wife of a prominent grain merchant, William Francis Romain who established himself in Oakville, Ontario in 1846. Esther was the daughter of William Chisholm. After their marriage in 1847, and the rapid development of the town, Romain purchased a large tract of land between First and Allan Streets building a house on the lake in 1855 and adding an addition in 1863. The couple eventually lost the house due to bankruptcy in 1869. The residence was later used as a hospital, The Lakehurst Sanitorium in 1895.