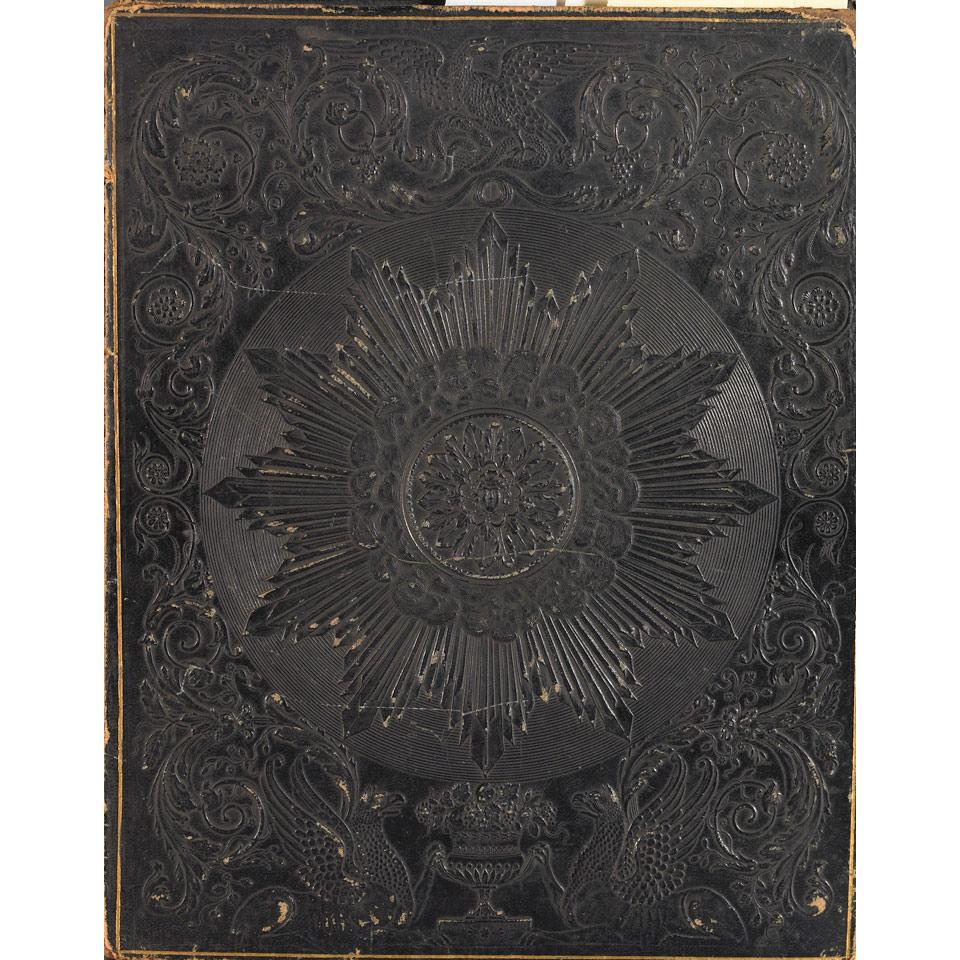 THE FIRST BELONGING TO: MISS EMILY WICKSTEED (EMAW); THE OTHER WITH INITIALS L.W. (L. WICKSTEED?) INSIDE FRONT COVER

The first book containing British, Canadian and North American content is copiously illustrated with over 9 watercolours by various artists including: A Sketch Off Dover dated 1834 and Canadian views including an Arctic scene with Iceberg; An Indian with Snowshoes (titled “Montreal”); a matrimonial map, one watercolour signed, “Mary”, and some 5 other various small watercolours. Pencil drawings include one called “Montreal”; musical scores including: “Weber’s Last Waltz” and one called “Gallopade”; as well as many letters, poems and hand-written passages relating to various subjects including passages titled: “Autumn Scenery in America”; “The Indian Summer in America”; “The Falls of Niagara”; “Quebec from Point Levi”; “The English Church, Quebec”; “Wolfe’s Monument”; The Upper Town Market Place, Quebec”; “To my Country”; and many others, each mounted with engravings depicting the scene, several being signed by various artists, one by Richard Wicksteed, many dated from 1829 and in the 1830’s; some poems signed by Rev. Thomas Dale. Leather tooled front cover, detached with back cover missing,

The second scrapbook of L.W. (L. Wicksteed?) includes over 10 hand-written poems, letters and passages; one letter addressed “To Mary”. The album includes Victorian prints and greeting cards; some 6 watercolours by various hands as well as drawings including a topographical view signed W.H.P. dated 1842 and 3 photographs. Similar tooled leather covers (detached). 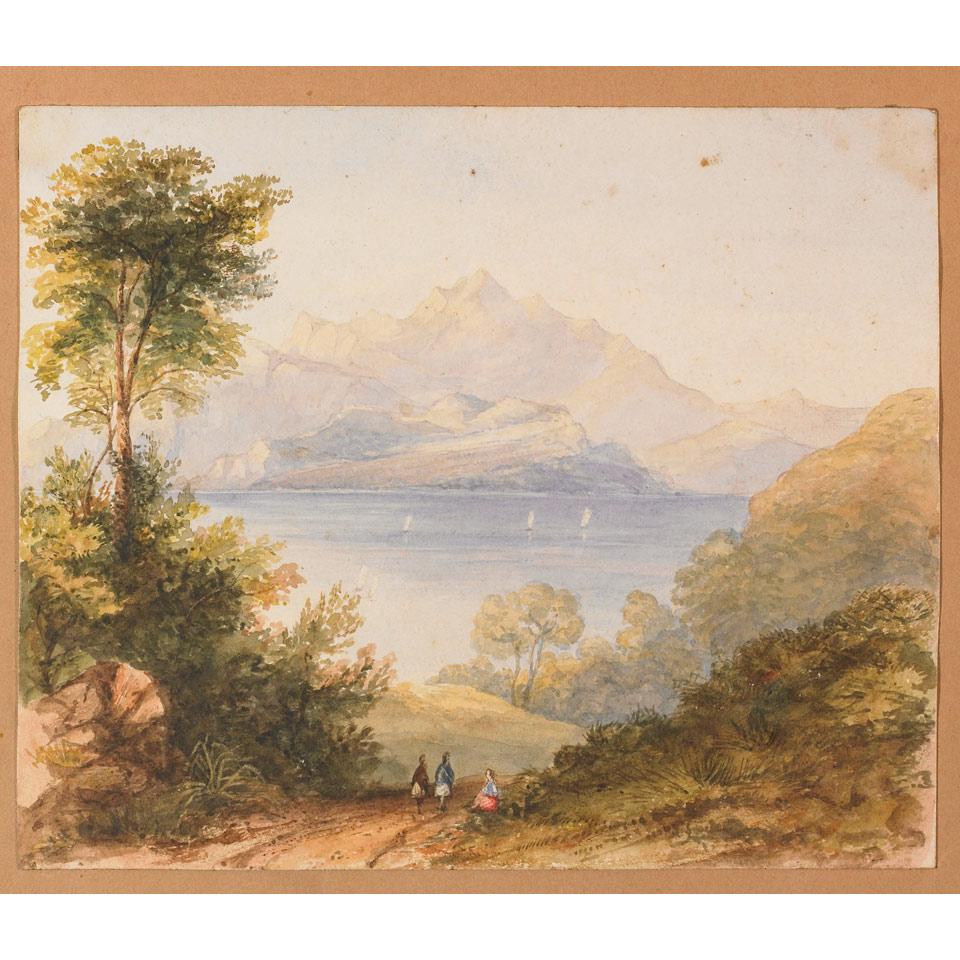