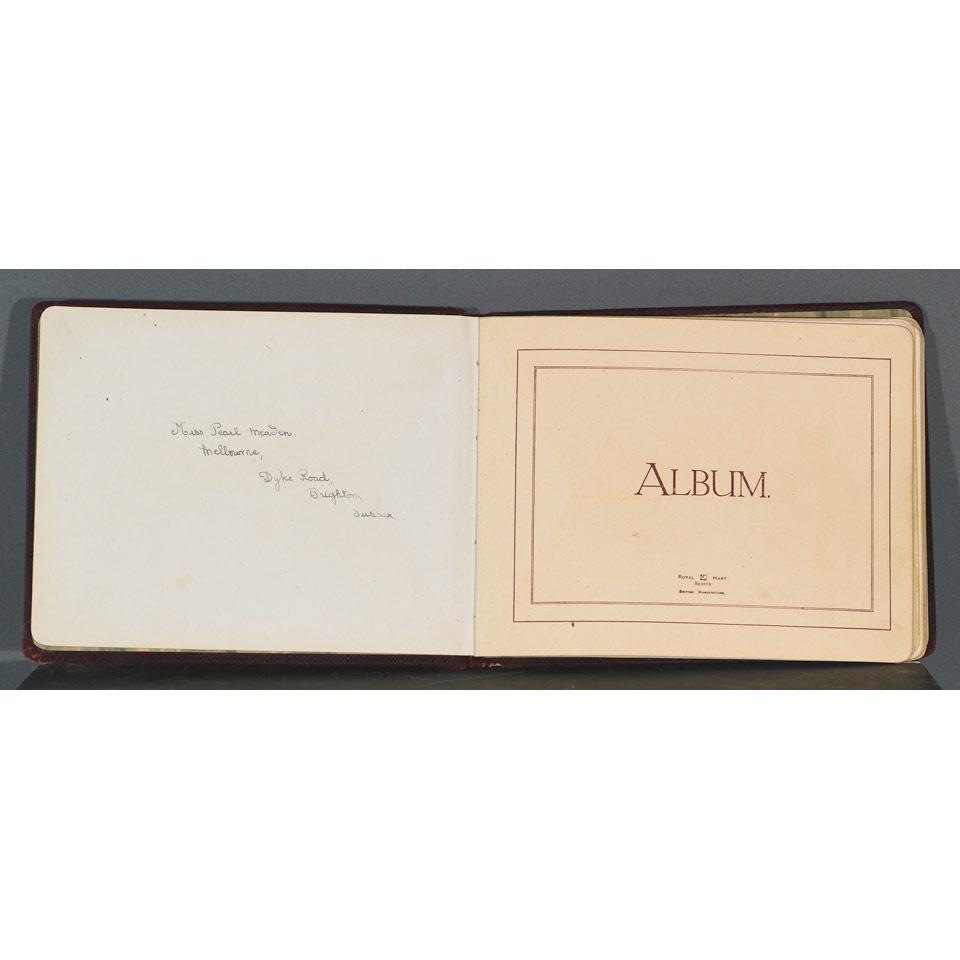 Turn of the 20th Century album containing hand-written poems (3); lettering (1); photographs (2), each signed; musical score signed by J. Gershek (1); pencil drawings (2); ink drawings and cartoons (5) by artists including: E.M. Brewer; and watercolours (11) most signed including watercolours (2) each signed and dated by Charles W. Andrews (19th/20th Century) including a Hunt scene and one of Butterflies, including a military cartoon in: “A Hair Raising Story”, signed M.C.H, dated 1928; as well as other watercolours signed by: Enid S. Ash (1924); Marie C. Sheer; A. Weller and others. Contained in a burgundy leather bound “Autographs” album
7.5" x 9" — 19.1 x 22.9 cm. 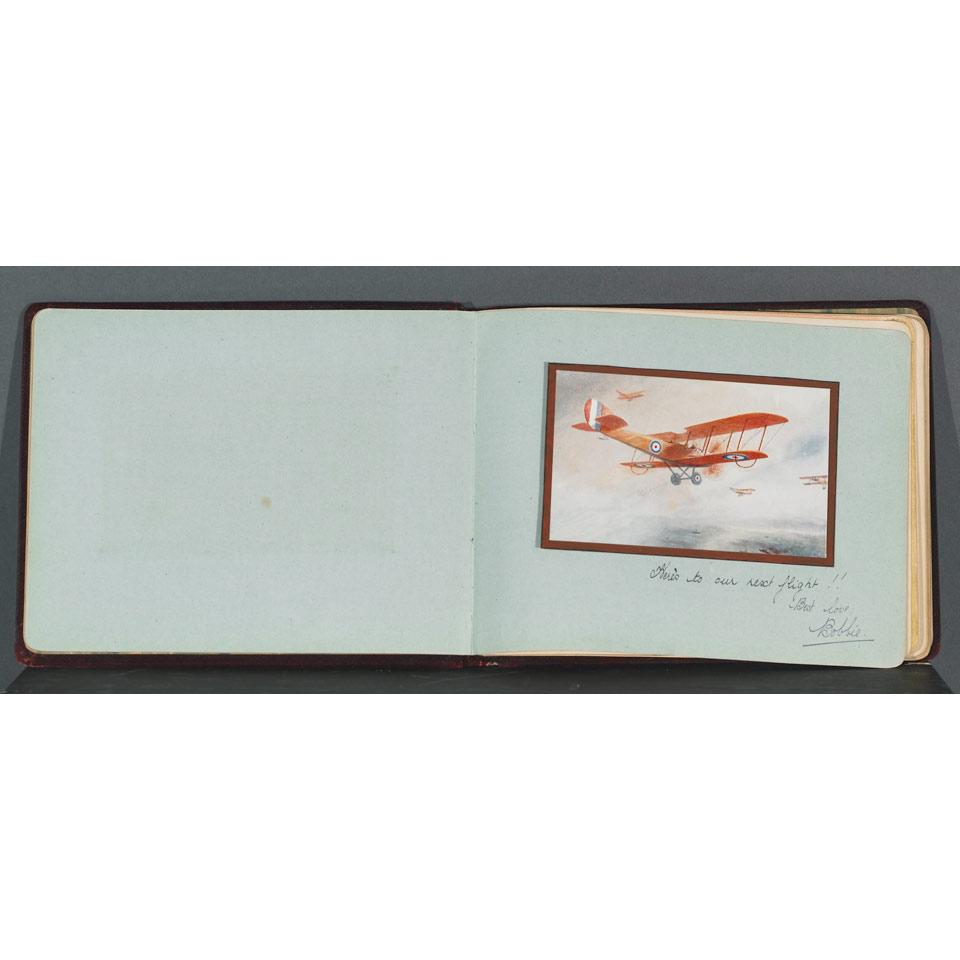