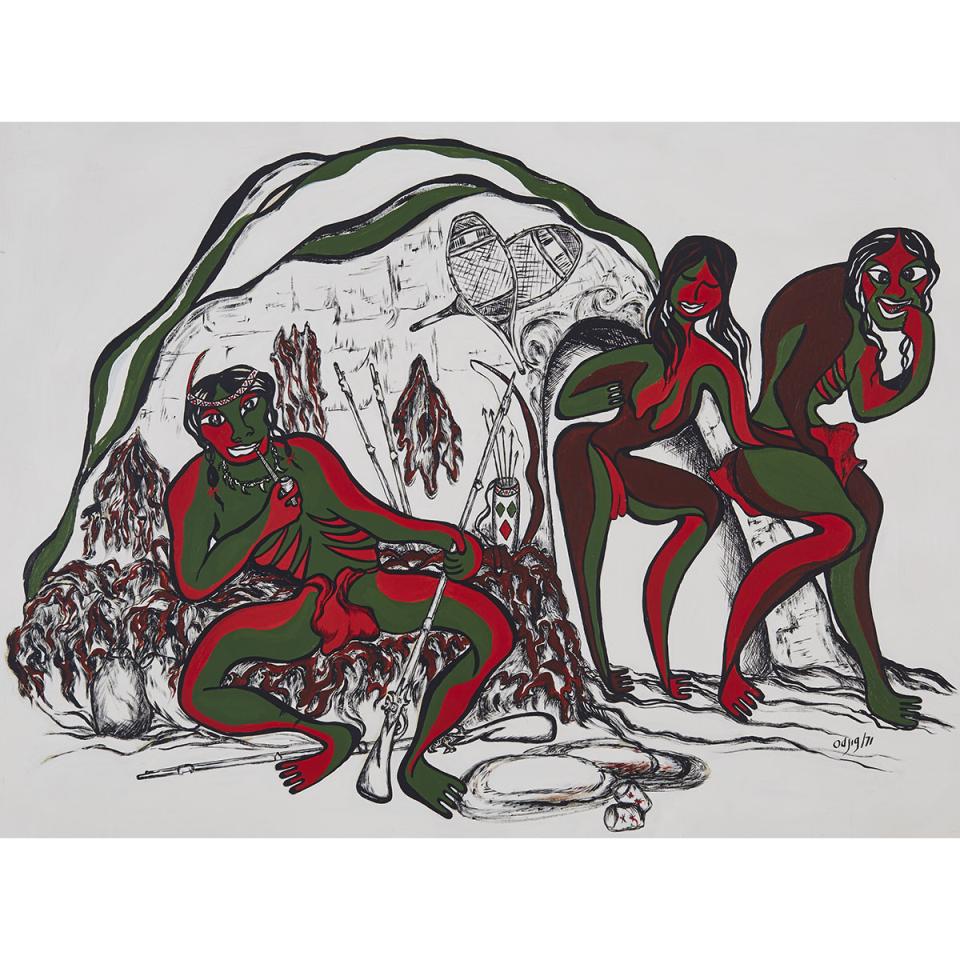 In 1974, the same year she opened her first Canadian gallery that represented First Nations art in Winnipeg, MB, Odjig illustrated Dr. Herbert Schwarz’s Tales from the Smokehouse. In this publication, Odjig created a number of graphic erotica for a compilation of First Nations tales gathered by Dr. Schwarz, who was responsible for introducing Odjig to Picasso.

Following a 2008 exhibition of her works at the Canadian Museum of History (formerly the Canadian Museum of Civilization), Odjig commented of the erotically charged images, “People were shocked at the time, although things have changed now. The native community was the least shocked of all, though. We were brought up as children to accept these things. Sexual matters were part of life."

In this work, one sees the moment before the ensuing drama: Dancing Light sits and “gravely puffed at his pipe, not knowing what to say” after being visited by Crooked Mouth. Crooked Mouth has come to collect his debts accumulated by the widow’s husband (now Dancing Light’s wife).