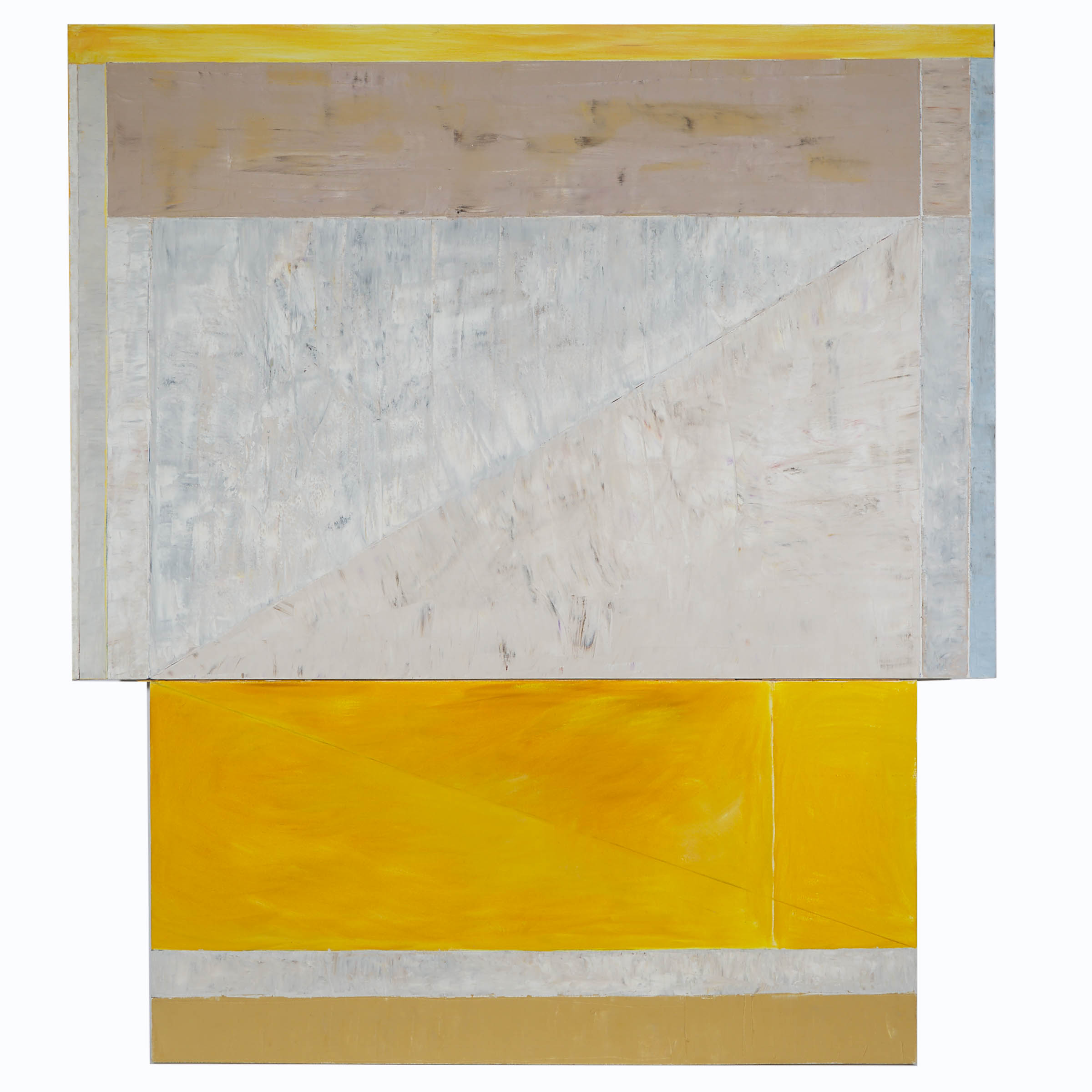 Given the construction of Sorensen's “Snows of Lachi,” it's not surprising to learn he studied architecture (with Arthur Erickson in the mid-1950s) and initially pursued sculpture – he didn't begin painting until the 1980s. Sorensen drew inspiration from late 1960s and early 1970s geometric abstraction, and his work often features pastel-coloured pigments lightly applied; an attempt, perhaps, to replicate the light of the West Coast, where he grew up. Commentators often compared the horizontal geometric divisions of Sorensen's canvases to Peter Diebenkorn – the American's Ocean Park series, specifically – and Sean Scully, sensing in Sorensen's work a similarly powerful emotional expressiveness.

We thank Bill Clarke for contributing this essay. Bill Clarke is a Toronto-based writer, editor, art collector and occasional curator.