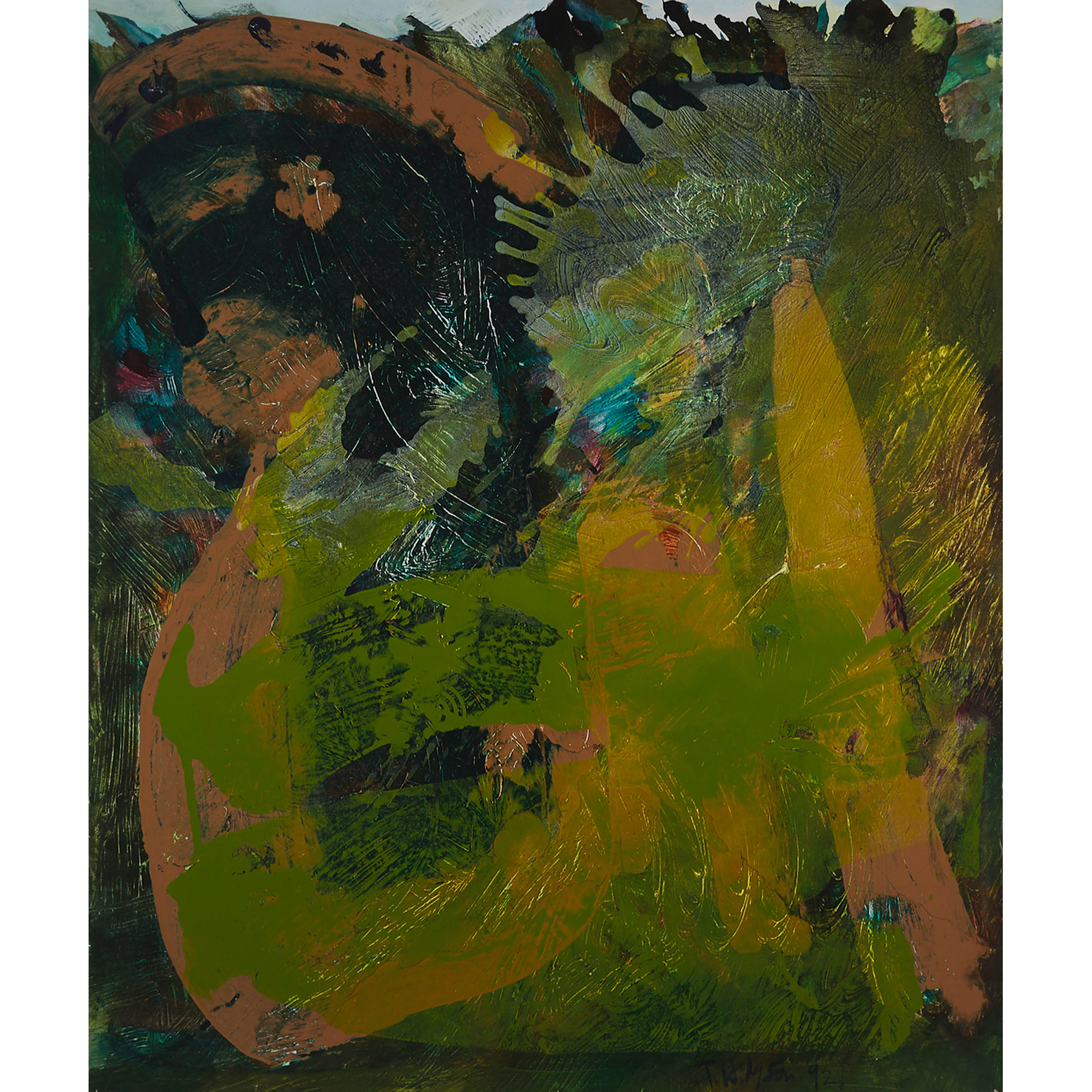 After serving with the RCAF in the Second World War, Hodgson returned to Toronto to work in advertising and commercial art, as well as teach. Seeking adventure and originality outside of the conventional imagery of his day job, Hodgson began pursuing non-objective painting, linking up with a group of artists who would later call themselves the Painters Eleven. Hodgson’s work attracted notice, with Robert Fulford noting in an issue of Canadian Art that “a Hodgson canvas seems to storm over us, filling our eyes with its swarm of apparently unrelated images. It is not until long after our first glimpse of the work that its organization and structure become apparent… We begin to see that the strange colours are not only the result of a rather eccentric colour sense but also are the result of space and light.”