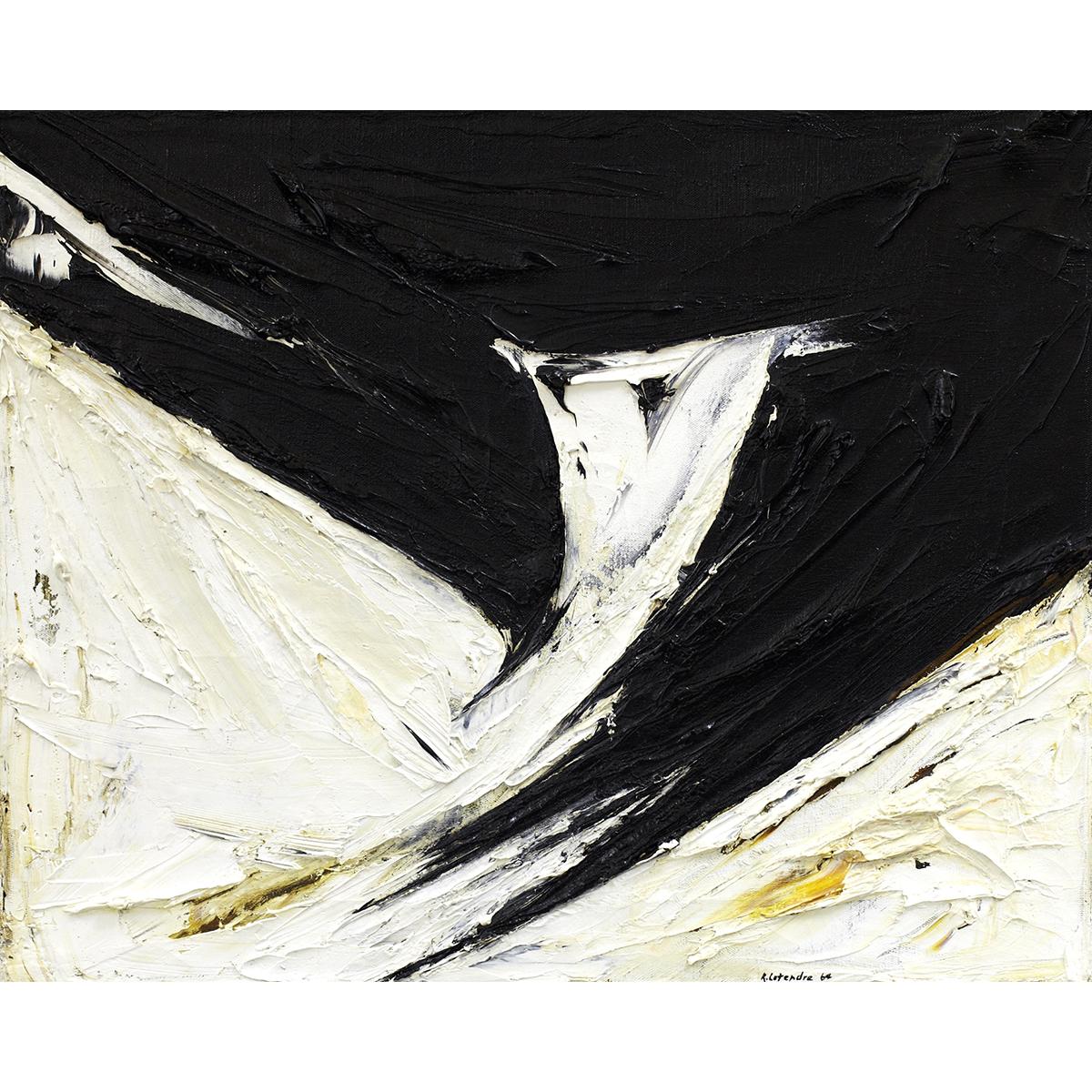 Letendre's energetic compositions of the 1960s remain some of the most celebrated artworks of her career. The artist demonstrated an early commitment to abstraction while exhibiting with the Automatistes in the 1950s. This dedication blossomed into something quite extraordinary by the following decade when Letendre conceived unrestrained, gestural works such as “Signe”. Here, the artist uses a palette knife to forge a grand, sweeping motion and sudden central vertical thrust of white pigment, creating a marvelous compositional tension between light and dark. Paikowsky writes how Letendre’s works of the early sixties exhibited “chaotic unrest as though the previously ordered natural world of her images had returned to its primeval origins.” “Signe” emerged following a decade of growth and accomplishment in Montreal for Letendre; these experiences solidified her devotion to abstraction and her concern for heavy impasto and tense, powerful forms.