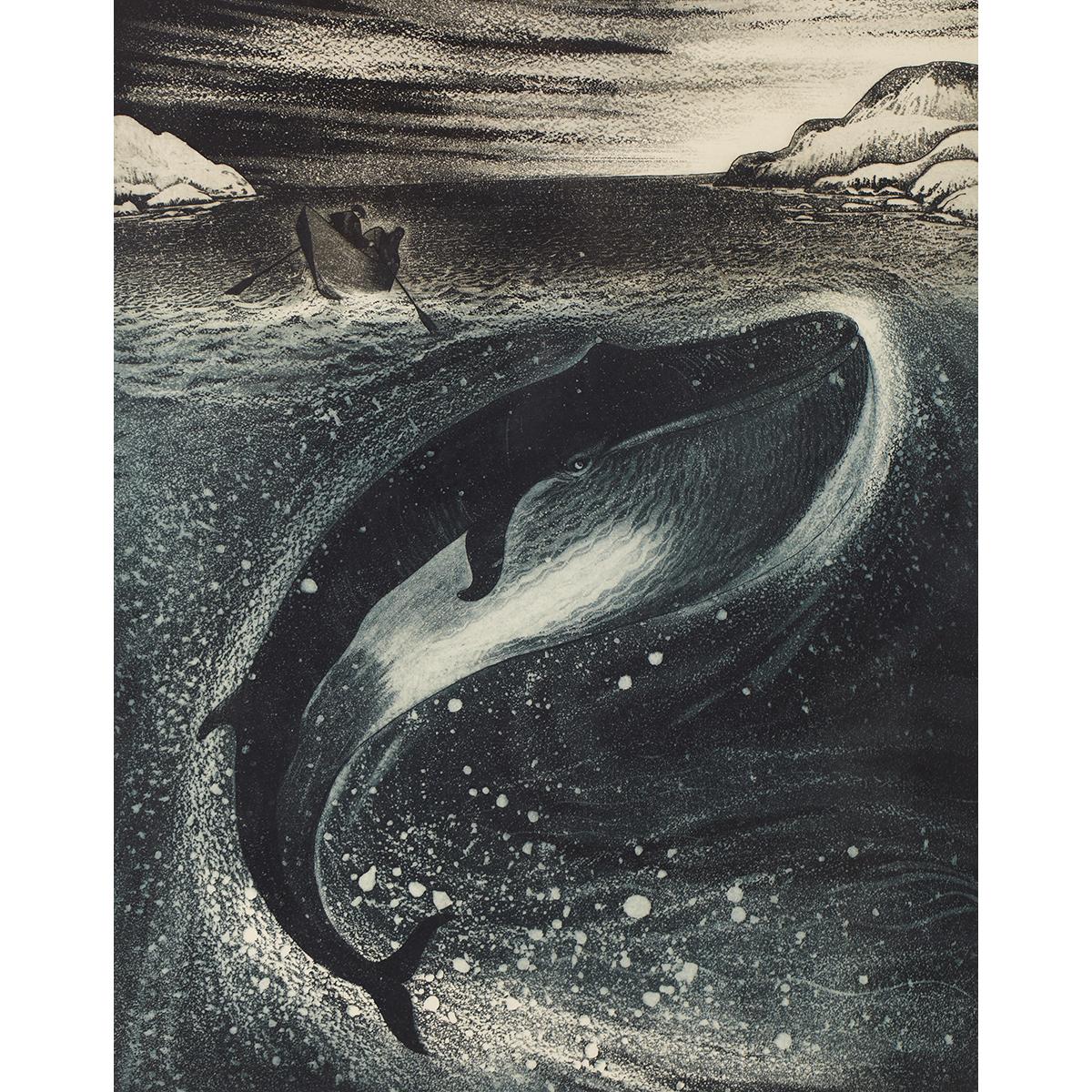 Depicting a similar scene and theme to some of the artist’s most celebrated works, “Young Whale In Greenspond Tickle” provides not only a representation of the balance of power between man and nature, but also that of the conscious and unconscious. Gary Michael Dault discusses this theme with Blackwood during a 2011 interview, inferring that “…the power of [Blackwood’s] depictions of those prodigious whales lurking beneath the surface of the sea might derive from the idea of the submerged as the realm of the unconscious.” Blackwood replied with, “I suppose we can see in it the presence of the unconscious – unconsciously. But I also think all that had a great deal to do with living intimately, every day, with life and death.” Indeed, the passenger of the wooden rowboat on the surface straddles a fine line between life and death, the smallest move of the giant surfacing whale having the power to potential capsize the vessel, leaving its passenger at the mercy of the frigid waters.