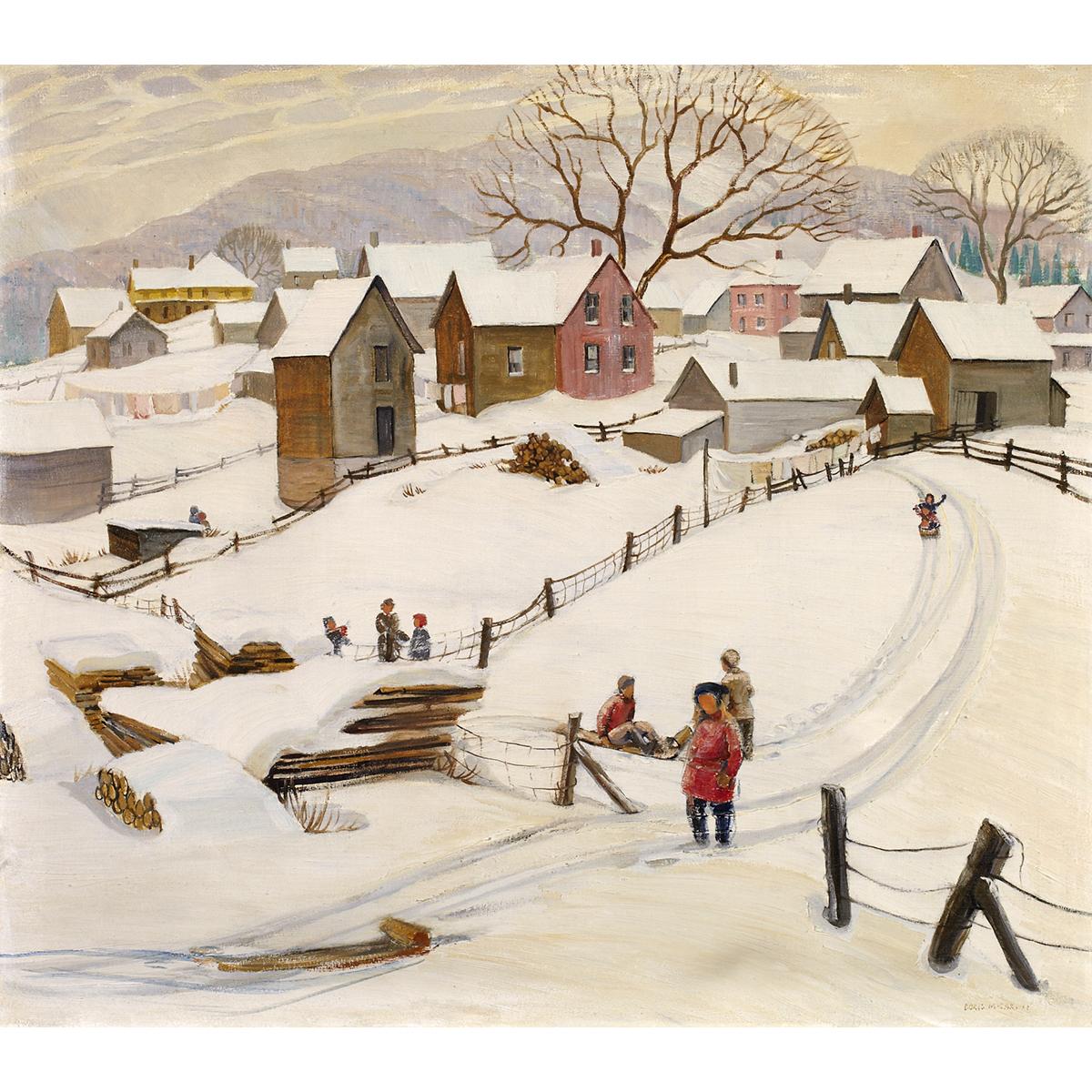 oil on canvas
signed; a finished painting of a church and cemetery with figures on the reverse
30 ins x 34 ins; 75 cms x 85 cms

During the 1930s and ‘40s, Doris McCarthy would visit Haliburton either in the spring or summer, often returning once more in December to sketch her winter scenes. Usually accompanied by fellow artists on her trips, McCarthy was to a degree influenced by the work of her friends, such as Peter and Bobs Cogill Haworth, as well as Virginia Luz. However, “McCarthy was set on a direction different from theirs...McCarthy's painting became less involved with composition, design or with the relationship of form as an end. Instead she used those vehicles to allow the viewer to enter the artist's construction of her understanding of place.”

While still early in her career, McCarthy had, by the 1930s already developed her “special sense of place”; one that “stands on the very edge of two worlds. One is the dynamic, ever changing and powerful natural order of the landscape itself---the other, an inner world of the artist which celebrates the nature of perception.” In “Children Tobogganing, Haliburton Village”, these two worlds collide beautifully. The stark snow covered hills and bare trees in the background are warmed with the presence of snow-covered logs representing the comforting hearth, as well as families tobogganing, reminiscent of a childhood in Canada. Varying from some of her other Haliburton scenes, McCarthy chose here not to engulf the buildings in thick snow, as she did in “New Years Day, Hailburton” and “Barns, Haliburton”; but rather to lightly dust the taller houses, as if to shift the focus away from the severity of the weather, and unto the pleasantries of the season.