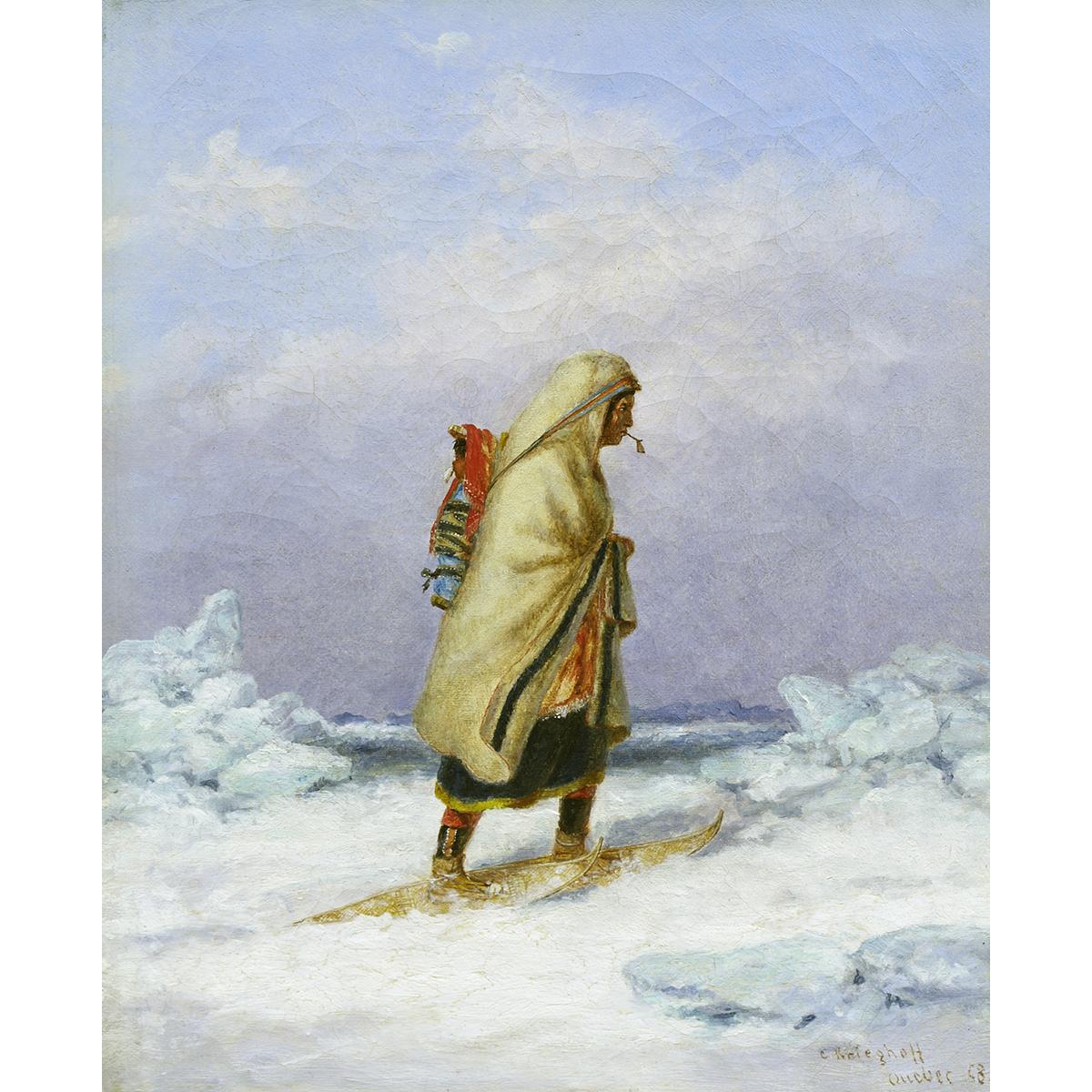 Discussing the painter’s images of Native subjects during his time in Quebec, Dennis Reid explains: “There was a Native presence in Quebec in the mid-fifties, probably as much as Krieghoff had earlier experienced in Montreal. Micmac and Montagnais from New Brunswick and the north shore of the St. Lawrence camped every summer at Indian Cove on the Levis side of the river until at least the mid-nineteenth century, according to George Gale, selling trade goods throughout the season and collecting their treaty payments before departing in the early fall.”