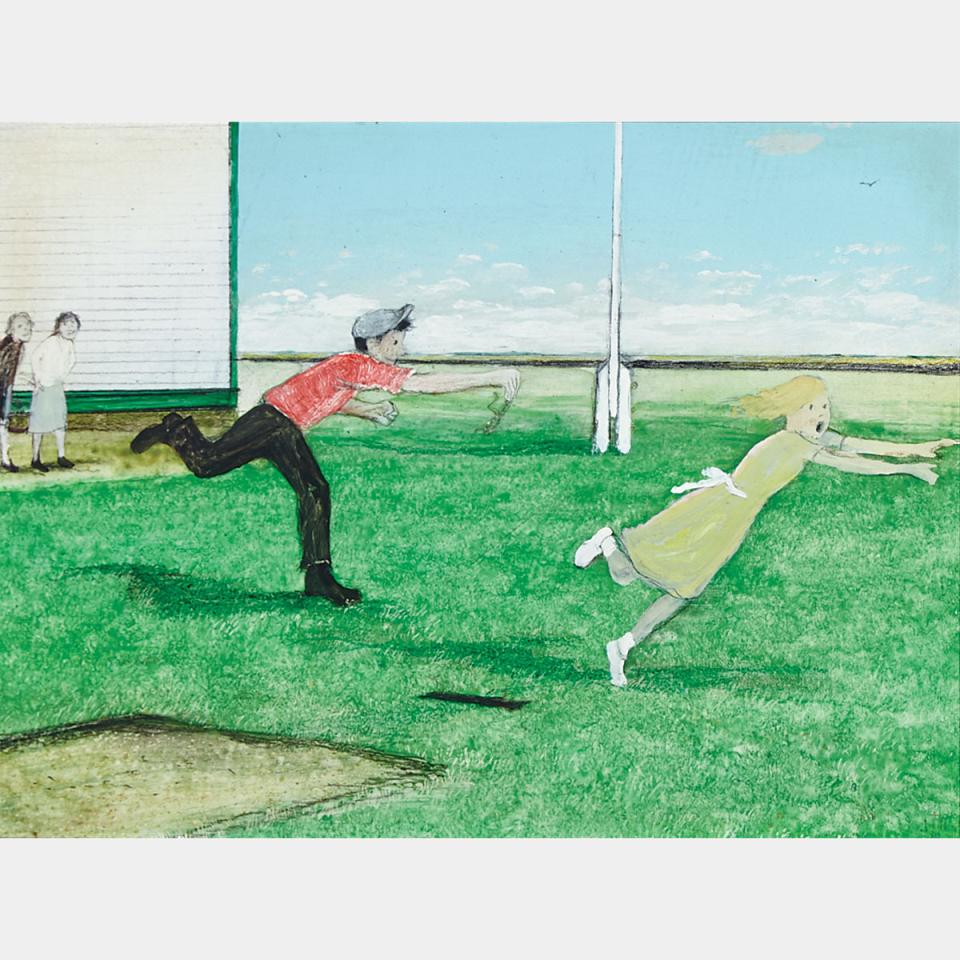 Kurelek’s recollections of growing up on the Prairies included the games he played as a boy. While the settings were based on meticulous sketches and photographs he made on his trips out west, the figures and their actions were based on memory.

The theme is one to which Kurelek often returned. In 1952, he had painted Farm Children’s Games in Western Canada (Private Collection), which comprised individual scenes collaged onto a red background. In the early 1970s, he worked on the illustrations for A Prairie Boy’s Winter (1973) and A Prairie Boy’s Summer (1975) to which The School Frog is related.

In this amusing picture, the boy taunts a screaming girl with a frog, considering this to be great sport. To the extreme left, other schoolgirls look on - hoping, perhaps, that it will be their turn next to be frightened. The materials (mixed media) and technique are typical of Kurelek. On a board prepared with gesso, he would carefully draw in the figures using lead pencil and ballpoint pen, then apply colour with spray paints, coloured pencils and markers.