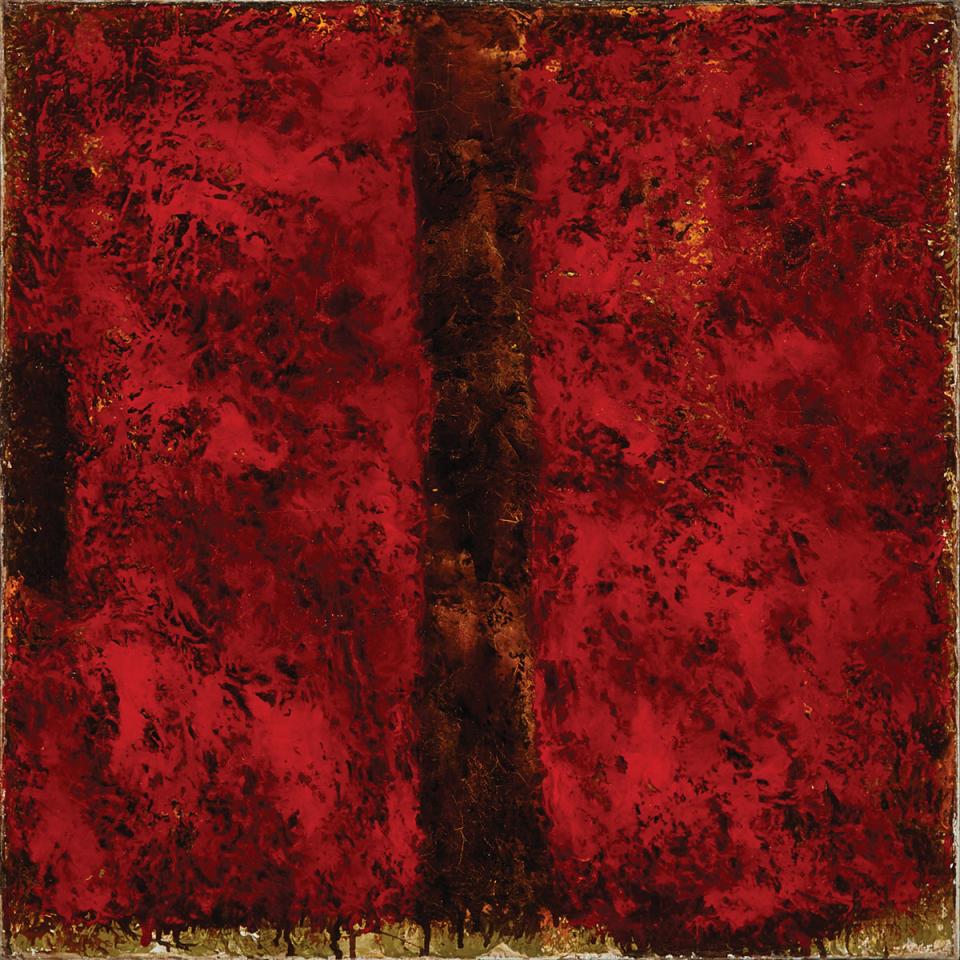 In the early 1960s, Jean McEwen’s star was on the rise. He had already firmly established his reputation in Montreal and had captured the interest of Toronto gallerist Walter Moos, who, in turn, introduced McEwen to New York dealer Martha Jackson.

McEwen’s painting from this period has as its primary concern the relationship between colour and structure. While other artists, including Mark Rothko, had explored this subject before, Constance Naubert-Riser maintains McEwen was nonetheless “able to retain his autonomy and settle on a personal approach to the colour-structure problem.”

Blason shares many characteristics with other works McEwen executed at this time. Colour layers both conceal and reveal each other, a vertical spine both anchors the painting and bisects it into two balanced but not necessarily symmetric cells. Thin rivulets of watery paint at the bottom of the composition - a clear indication of the work’s orientation - coexist and contrast with rich impasto. Varnish and oil are applied (likely by hand) in layers that are “by turn transparent and opaque.” Naubert-Riser notes that there are sometimes as many as twelve superimposed layers.

While McEwen produced related Blason works experimenting with different colours for the main field - the National Gallery of Canada owns Blason du Chevalier Violet from 1962 - the red works remain the most sought after by collectors.