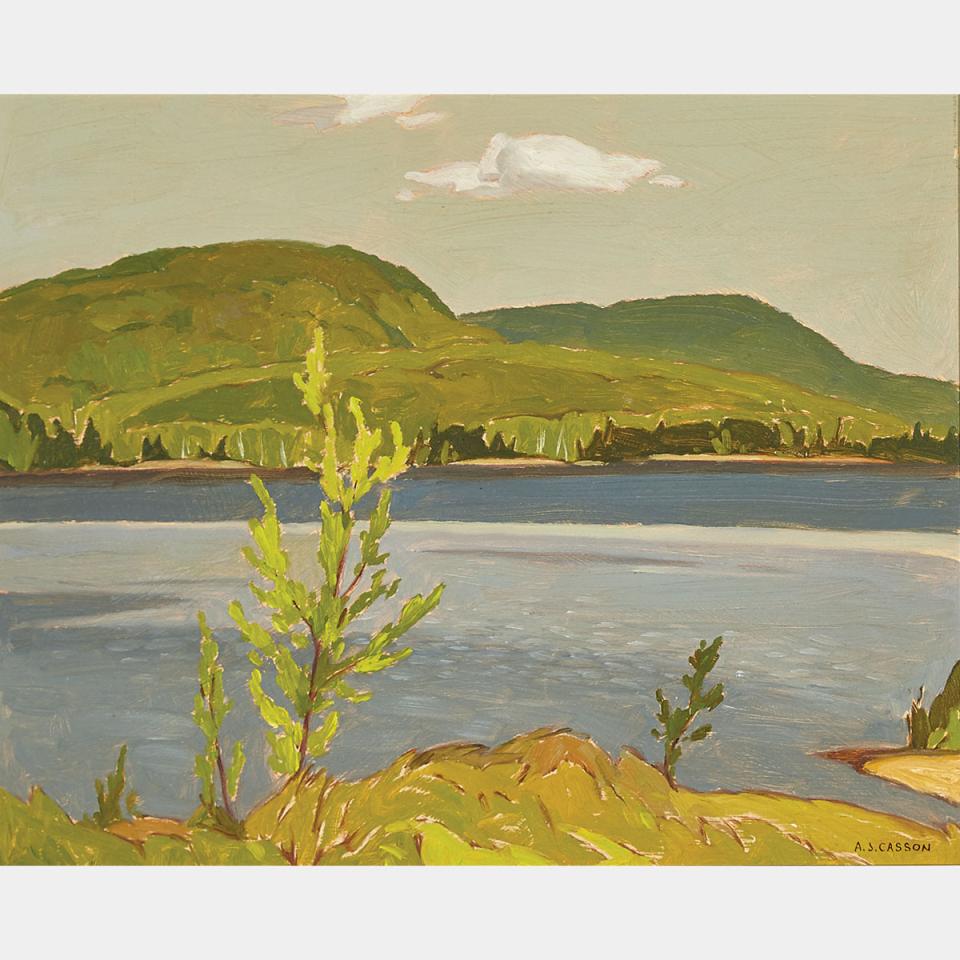 A.J. Casson had a number of favourite painting spots but surely Oxtongue Lake was among his most favoured. During interviews conducted for Sunday Morning with Cass, it was Oxtongue Lake that sprung to mind first when Casson was asked for his top picks.

He knew his territories well and had no need, as other painters might, for photography to jog his memory. Gray, Rand and Steen suggest that Casson had almost total recall, quoting Casson: “If you asked me to paint a picture of Oxtongue Lake with one of the islands, I could sit down and do it right now.” But Casson’s work is not about mimesis or documentation. Gray, Rand and Steen suggest that “It is in his colour sense that Casson’s greatest strength lies. It was a simple scheme (introduced to him in his student days by Harry Britton), a restricted palette...the tonal values perfectly balanced.”

What is the universal and timeless appeal of Casson? Gray, Rand and Steen suggest an answer: “He preaches no sermon, makes no social comment... He simply distills for us a scene of primordial beauty or monumental calm and offers it to us as a purely aesthetic experience.”