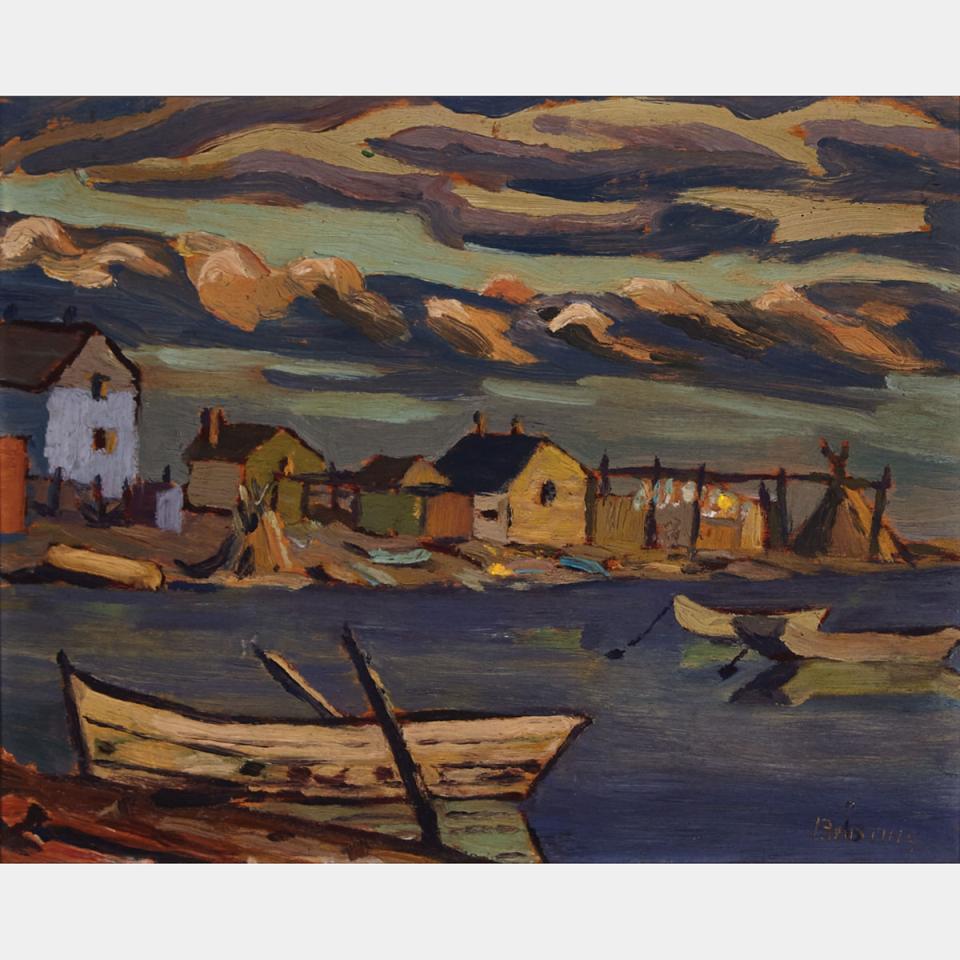 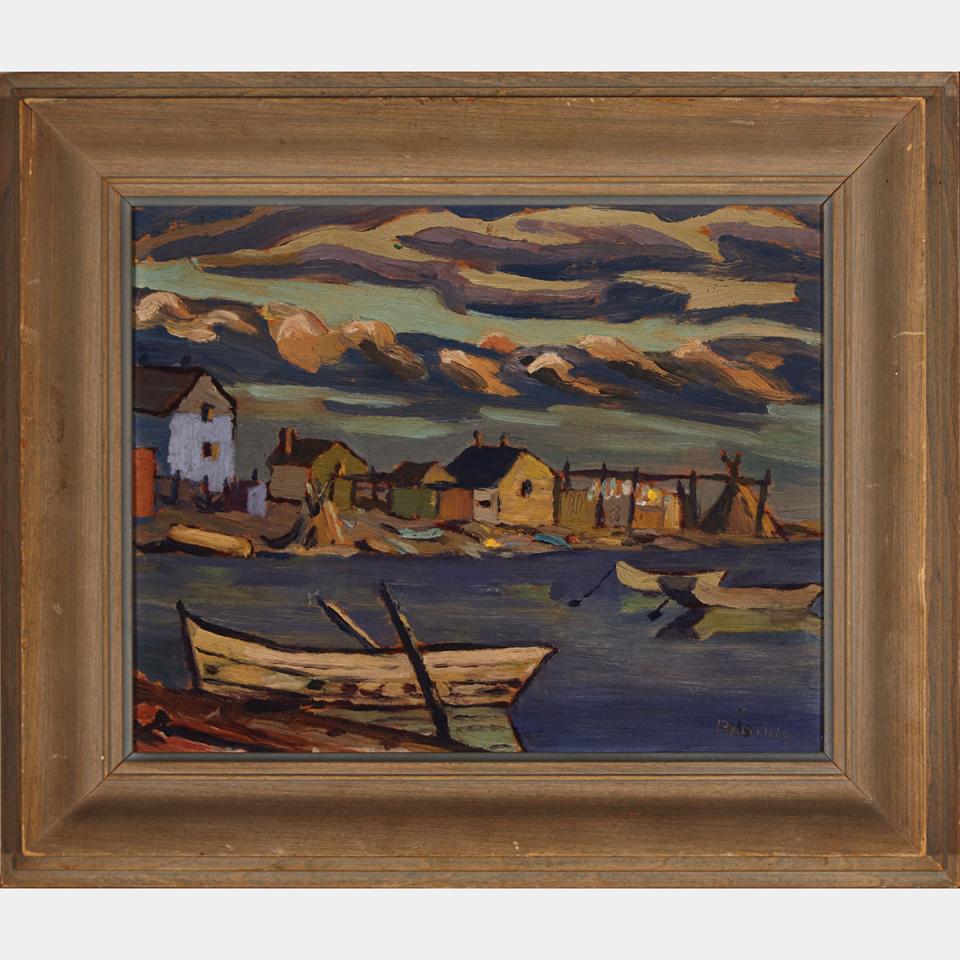 In his autobiography, A Painter’s Country, A.Y. Jackson writes extensively about his arctic holiday with Dr. Banting. According to Jackson: “Dr. Banting was very interested in the north country and owned an Arctic library of many volumes.”

In the summer of 1927, the artist and doctor travelled north for six weeks on board the Beothic. Barry Fair writes: “Their Arctic trip was a triumph for both men. Banting had spent over six weeks sketching, the longest single period in his lifetime. The sense of freedom, stimulated by the trip, resulted in great improvement in his art work and encouraged him. On the first day at sea, he had thrown his white collar overboard as a symbol of his release from the confines of his research and social burdens.”

Jackson and Banting made a second trip north the following year and it was on this second voyage that they visited Fort Resolution, the subject of this lot. Jackson writes: “In the summer the Indians congregate at Resolution, where they erect tents and teepees, making of the settlement a most picturesque place.”

Fort Resolution is situated on the mouth of the Slave River on the shore of Great Slave Lake.

According to an inscription on the backing, this work was painted in 1929.

Fort Resolution is sold together with a small oil sketch (see website for image) depicting mountains with a lone tree in the foreground. According to the consignor of this lot, the painting is the work of Charles Best, Banting’s colleague in the discovery of insulin.