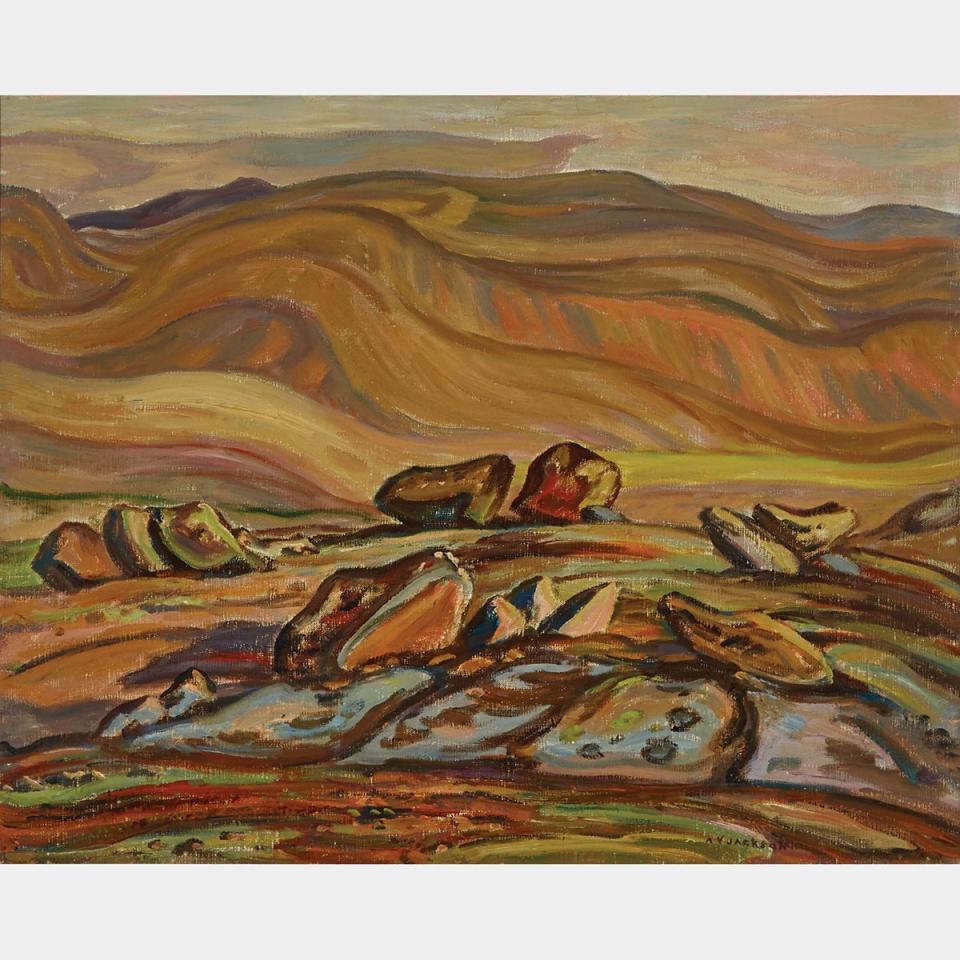 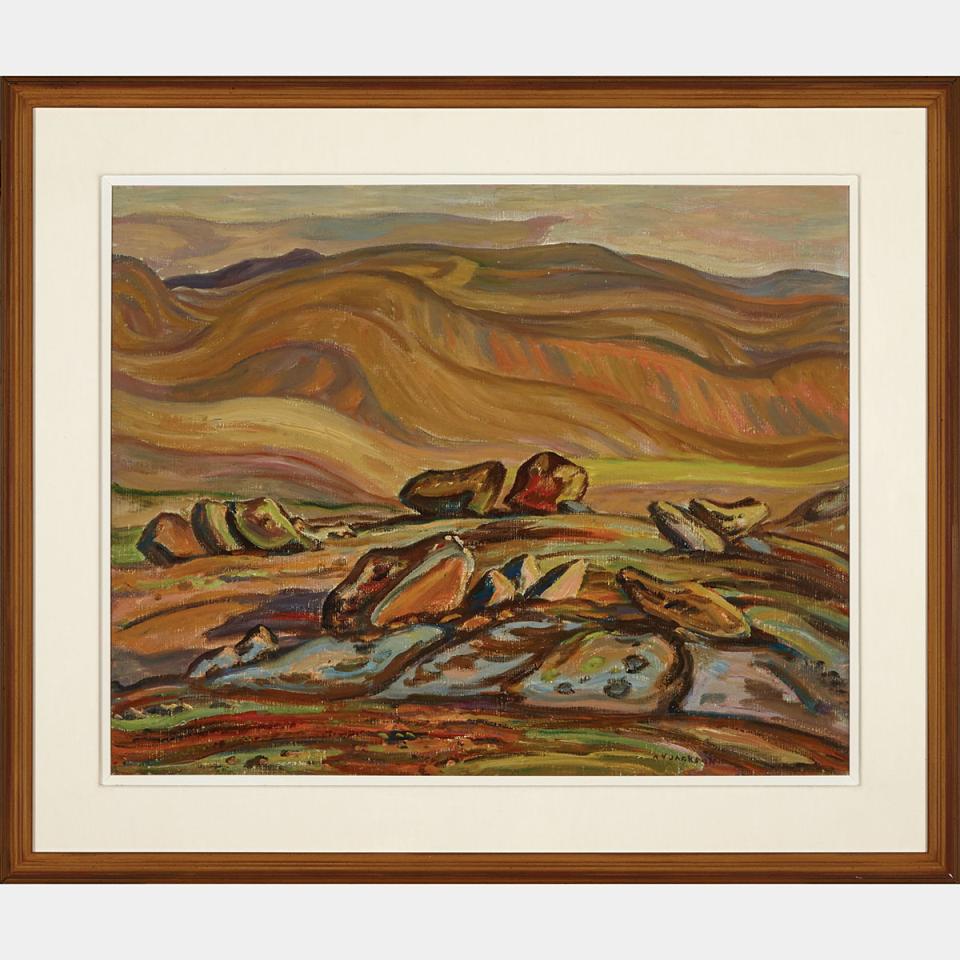 Dennis Reid observed that A.Y. Jackson “loved to be where few others had been, where nothing could interrupt to break the concentration, the communion.” While no situation, no matter how spartan, seemed to have daunted A.Y., the years immediately following the dissolution of the Group of Seven presented Jackson with challenges that could only be overcome by calling up deep reserves of the hearty resilience for which he was known. The passing of J.E.H MacDonald, the sudden death of his sister, disputes with the R.C.A. leading to his resignation and other struggles darkened his notoriously can-do spirit. However, by the late 1930s the opportunity once again to travel to places “where few others had been” propelled him to embark with renewed vigour on the second phase of his career to which this work belongs.

Jackson first started painting in northern Alberta in 1937 and travelled north to the subarctic regions of Canada numerous times over the subsequent decades. While Family Group is not dated, it has much in common with major works produced during the first trips to the northwest in the late 1930s as well as the later works of the Tershipei Mountains with scatterings of jagged boulders behind which Jackson crouched in order to shelter from the east wind.

Family Group is distinguished by fluid bands of radiant colour. The intensely lateral composition speaks to the “shape” of the northwest and, as Reid points out, does not allow for an easy “in”, unlike the Laurentian roads set within picture postcard snow-laden hills which Jackson favoured in the early years. Still, Jackson thrilled to the sheer magnitude of the northwest with its faraway skies and unfathomable scale and, moreover, seemed to know how to summarize its vastness.

Reid maintains that some of the best work of Jackson’s career falls within the period of his northwest trips. He writes: “The primeval nature of the landscape appealed to him, with its vigorous mid-summer life clinging tenaciously to the margins of existence. Nothing extraneous survives. Fundamental values seem clear.” What also seems clear is the metaphor these fundamentals are for the artist himself, summarizing as they do his remarkable career to that point.

While this work is not dated, we know with some certainty that it was likely acquired by Dominion Gallery directly from Jackson together with eleven other paintings circa 1955. The painting was sold to a private collector in Montreal in February 1960.