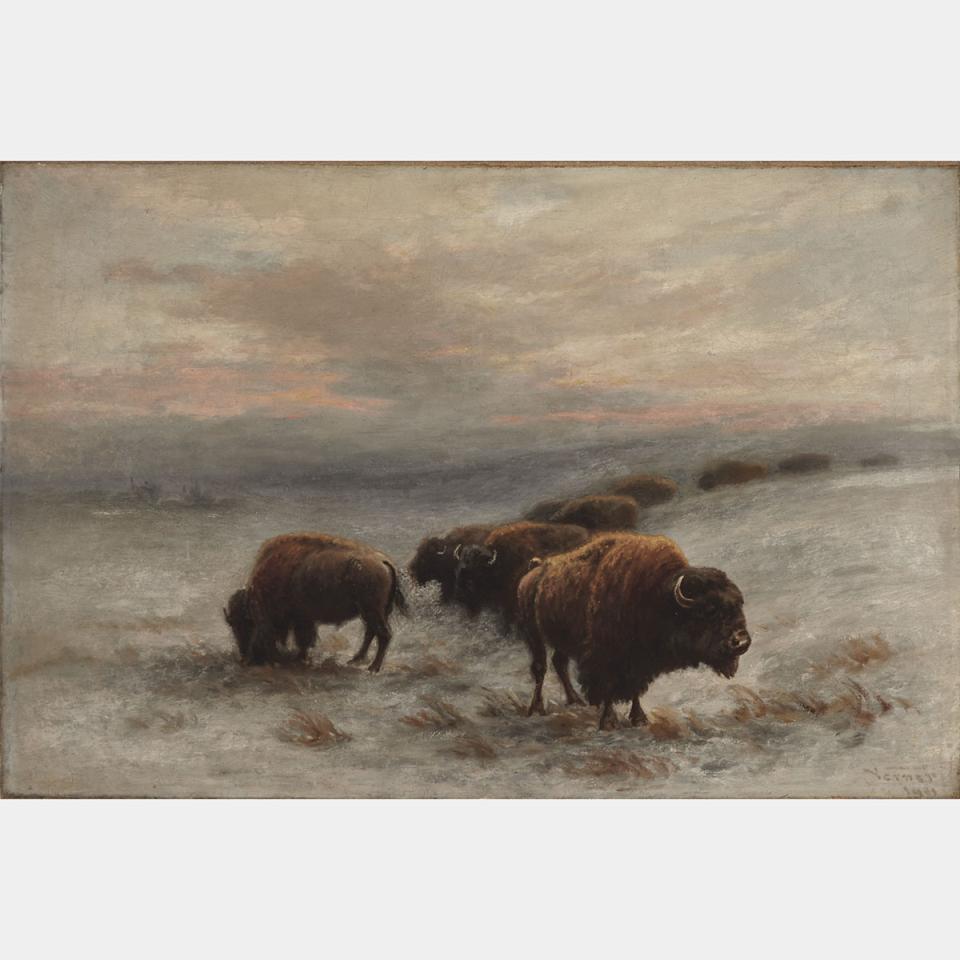 The earliest buffalo subjects by Verner date to 1875. For these paintings, Verner relied on sketches he drew of buffalo in captivity. At least fifty-seven sketches - some executed in graphite and watercolour, others in charcoal - are known to have been made and he continually referred back to these when producing his canvases. According to Joan Murray, Verner’s buffalo paintings always contain at least one figure from his bank of fifty-seven sketches drawn from life. Examples of these sketches form part of the permanent collections of the National Gallery of Canada, and the McCord Museum in Montreal.

By the time Verner began painting buffalo, the herds were already significantly depleted. Murray acknowledges that Verner was acutely aware of the tragic fate of this “monarch of the plains” noting that “the buffalo officially disappeared from Canada in 1879.” Nonetheless, Murray observes that “Verner never showed the buffalo as a hunted species. He preferred to paint them as magnificent beasts in a proud and free state in nature...”