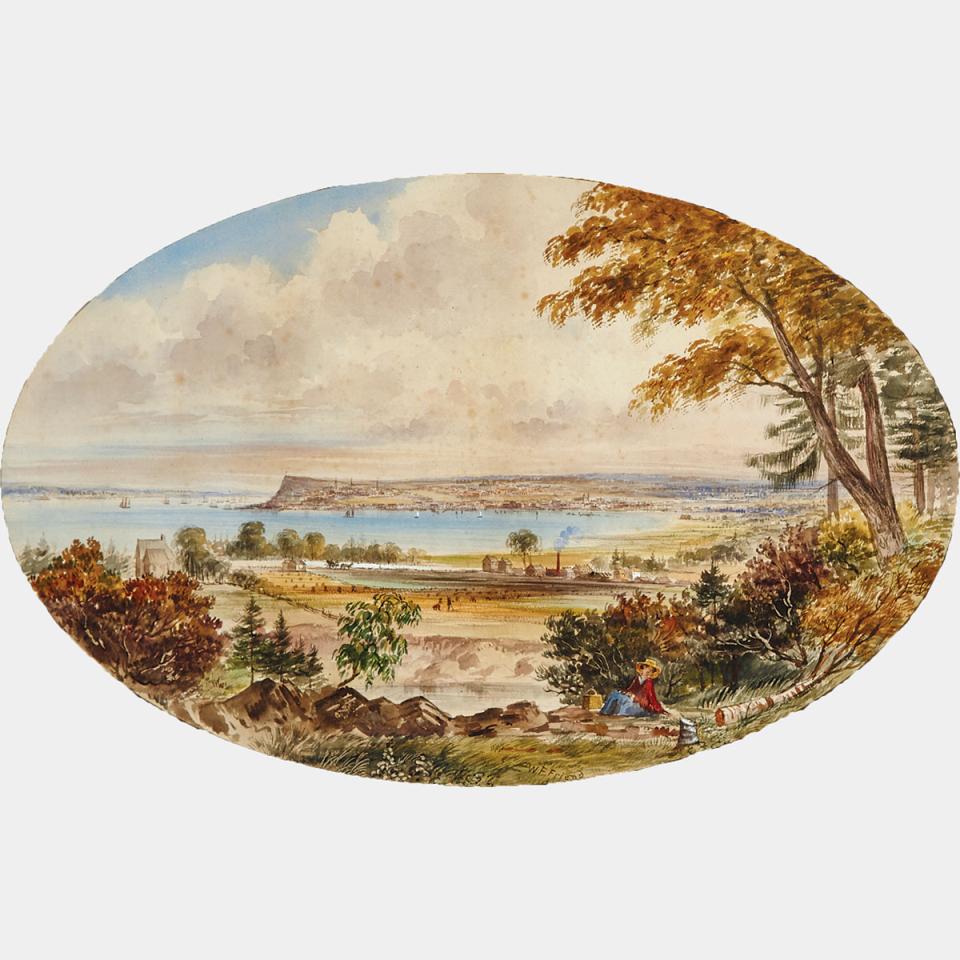 VIEW OF QUEBEC FROM BEAUPORT

Beauport, a borough of Quebec City, was established in 1634, making it among the earliest European communities in Canada. Beauport has always drawn artists for the view it provides of Quebec City, but also for the falls of Montmorency located nearby. The shores of Beauport were the site of General Wolfe’s ill-fated attack on the French in July of 1759. A century later, Washington Friend was painting Quebec from its heights. Friend also visited other major cities in Ontario and Quebec to paint topographical scenes of Niagara, Queenston, Toronto, Kingston and Montreal.