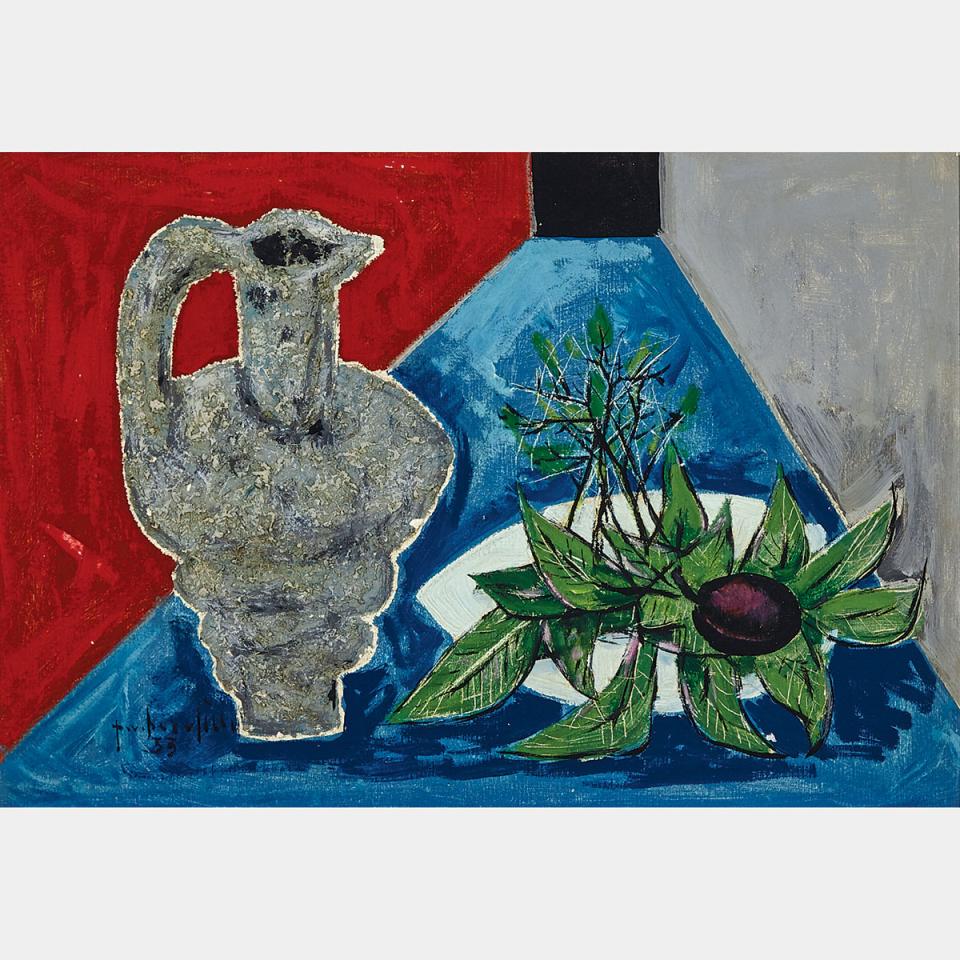 In the 1940s and 1950s there were few commercial galleries in Montreal in which to exhibit. Artists frequently mounted studio shows to promote their work. Paul Beaulieu also marketed his pictures in this way. However, in the year this work was painted, Beaulieu had begun to command broader attention from collectors, dealers and critics alike and his work was included in shows such as “Some Contemporary Canadian Artists” at the Musée des beaux arts. From 1954-1965, Beaulieu was represented by the prestigious Dominion Gallery, which further afforded him a degree of financial security.

Beaulieu, like many modernists, did not undertake still life with a view to replicating what lay before him. He also drew from memory and imagination as is clearly evidenced by this lot. Beginning from 1948 and for the next six years, Beaulieu embarked upon an intense period of production which focused on capturing the essential - line, form, and colour. Asking himself “Apres tout, la ligne n’est elle pas à la base de tout art pictorial?” Michel Beaulieu notes that it is at this point “Les éléments qu’il represente sont alors réduits à l’essential et les rassemblements hétéroclites, voires baroques, disparaîssent... Les tableaux de la phase postérieure de cette period temoignent de cette apparents simplification.”