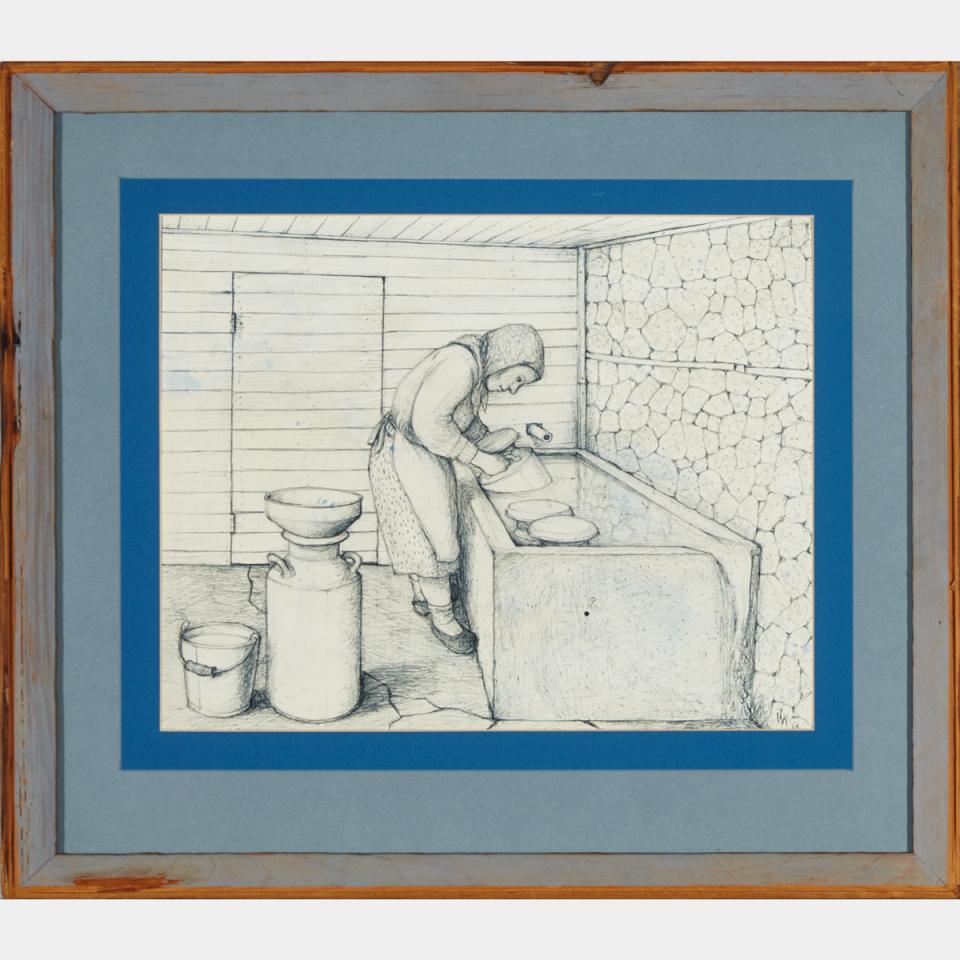 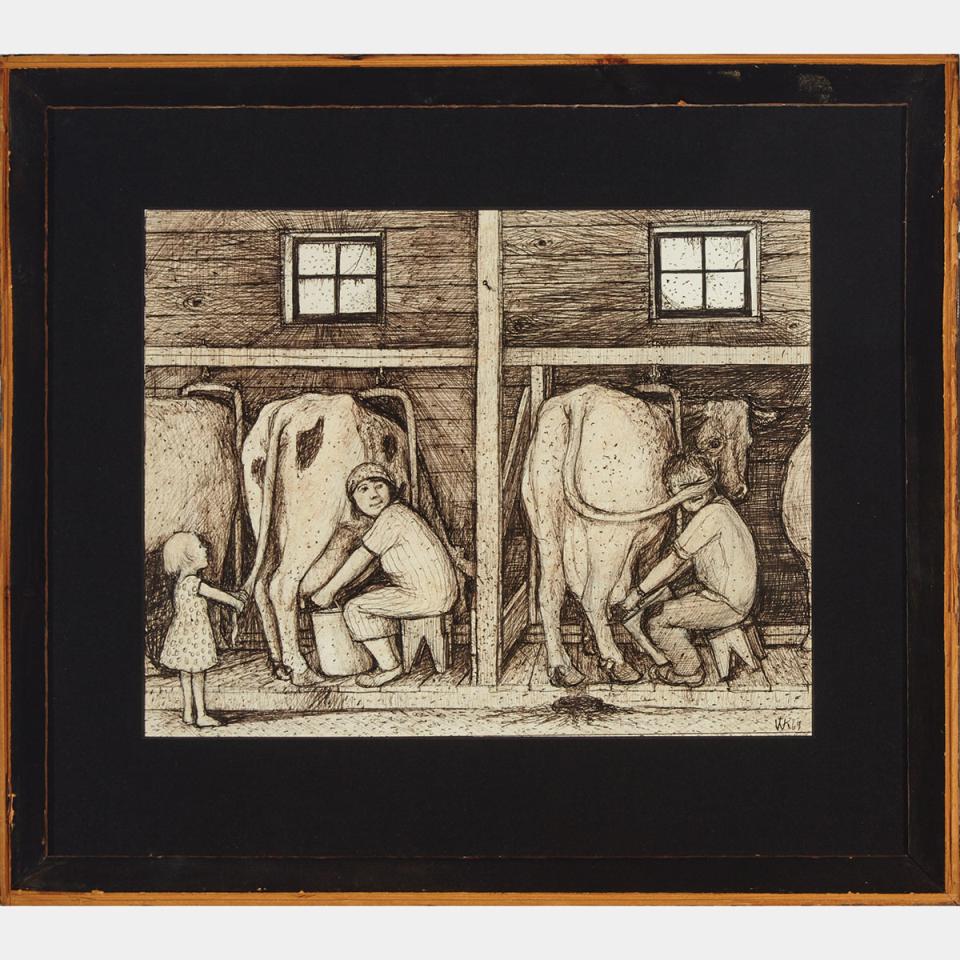 William Kurelek, eldest son of a Ukranian immigrant family, was raised on a farm in Manitoba. From a very young age, Kurelek was ‘”forever drawing”.

Kurelek felt that first hand experience with a subject could not but help an artist to render it better. He considered himself lucky to have worked on a farm as it meant he could “appreciate the tactile values related to naturalistic representation” of this world, one which for him was filled with the sharpest childhood memories that would provide content for so much of his work.

In 1934, the Kurelek family moved from Alberta to Stonewall, Manitoba. Patricia Morley writes: ”Stonewall would become Bill’s own kingdom in his heart’s core and through a thousand paintings which would celebrate its rich black soil and fecund immigrant culture... The emotional pain which was to be Bill’s inheritance in this place would prove an essential ingredient in the artistic genius nurtured here.”

Barns, the granary, chicken coops, and milk houses were the setting of the stories Bill would later recall in ink and paint. Farm chores had left little time for play but there were chores that Bill considered fun such as transferring chickens from one coop to another or matching wits with hungry pigs. Family friend Jean Budjak recalls: “You wanted to play, but you had to work, so you tried to combine the two!”

In 1963, Kurelek began travelling to western Canada from Toronto, where he now lived, sketching and photographing the places where he had grown up. Revisiting Stonewall refreshed memories of his childhood which resulted in what Morley describes as “a lifetime of ideas for work.”

In August-September 1969, Kurelek exhibited a series of paintings and drawings on the theme of prairie farm work at the Galerie Godard Lefort in Montreal. In 1963, Mira Godard of the Galerie Agnès Lefort, as it was then known, had approached Kurelek through his Toronto dealer Av Isaacs suggesting that she represent the artist in Montreal. This series of nine drawings was shown in that solo exhibition. The precisely-drawn scenes, executed in black and sepia ink record in detail the variety of tasks involved in running a farm, and are based on Kurelek’s memories of his own family. As such, they provide a valuable record of a past way of life in rural Canada and illustrate the tasks for which family members were responsible, (the father chopping mangels) and how they worked together (young Kurelek and his father castrating pigs). Often they are humorous (e.g. Milking in Fly Season).

The show at Godard Lefort was the first time in Montreal that Kurelek had shown drawings, as well as paintings in an exhibition. The frames were designed and made by Kurelek.

A letter dated 1997 from the Mira Godard Gallery to the owner of these drawings notes that Isaacs had inspected the drawings and was very excited to see them as he had never seen them before. The letter further indicates that Isaacs felt they were the best drawings Kurelek had ever completed. Further notes indicate that the original group of drawings was only released to Mrs. Godard in 1969 on the understanding that they were to be considered as one work and never to be separated.