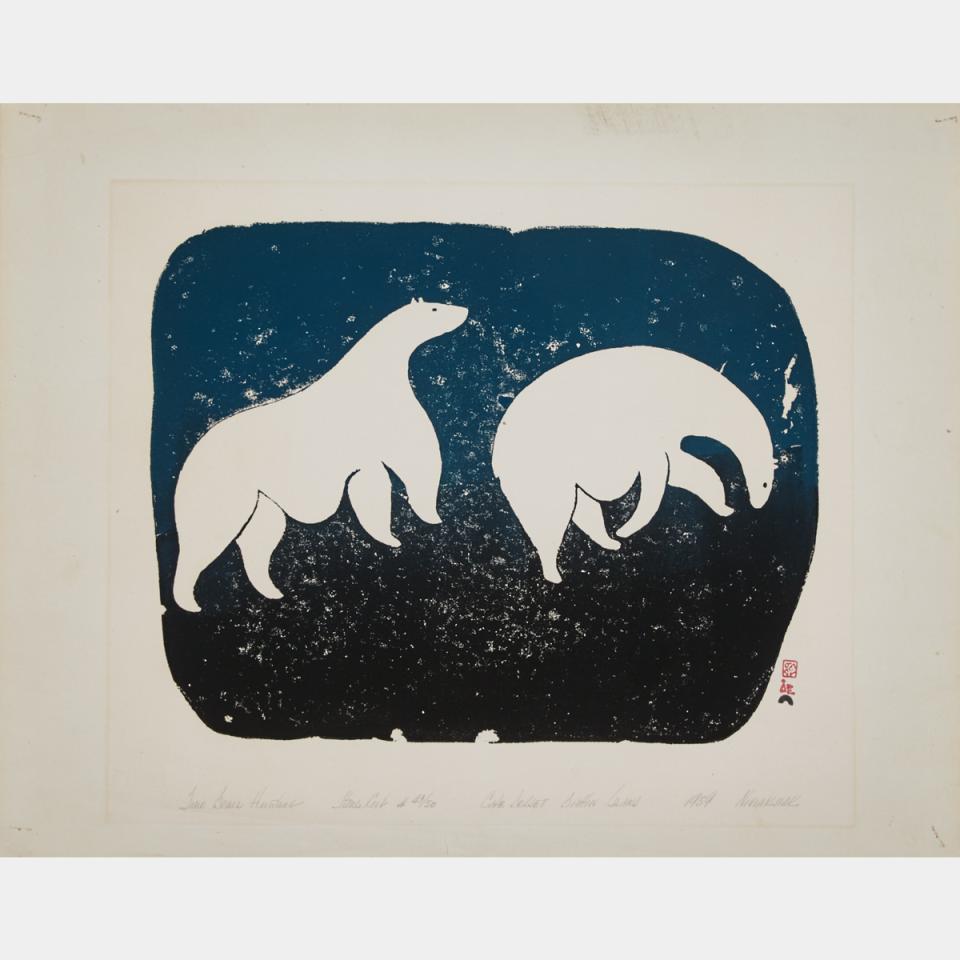 An uncatalogued Dorset Series print (prints in this category were only offered for sale in Cape Dorset). It was printed in both blue and black and green and black (see Waddington’s catalogue, November 2015, lot 151) and skillfully uses negative space to create the polar bears. Although not issued as part of the official 1959 Cape Dorset print collection, this print is as collectible as one of Niviaxie’s most prized images.

In 1960, Time Magazine reported on the artists’s death:
“Niviaksiak, of all the subjects he portrayed, the one that preyed most on his mind was bears. During the last months of his life, he pondered deeply on the soul of the great, inscrutable polar bear. Three months ago Niviaksiak and a young companion were tracking a bear. After several hours they finally caught sight of him. Niviaksiak moved in, raised his rifle to fire, then faltered and shrieked: ‘It’s dark. I’m falling!’ Without firing, he collapsed on the snow, died within minutes. The next day, when Niviaksiak’s companion returned to bury him, they found his body unmauled; the bear had not even come near him. Among Cape Dorset people there was only one explanation: Niviaksiak’s art had probed too near [and] had offended the spirit of the great polar bear.”