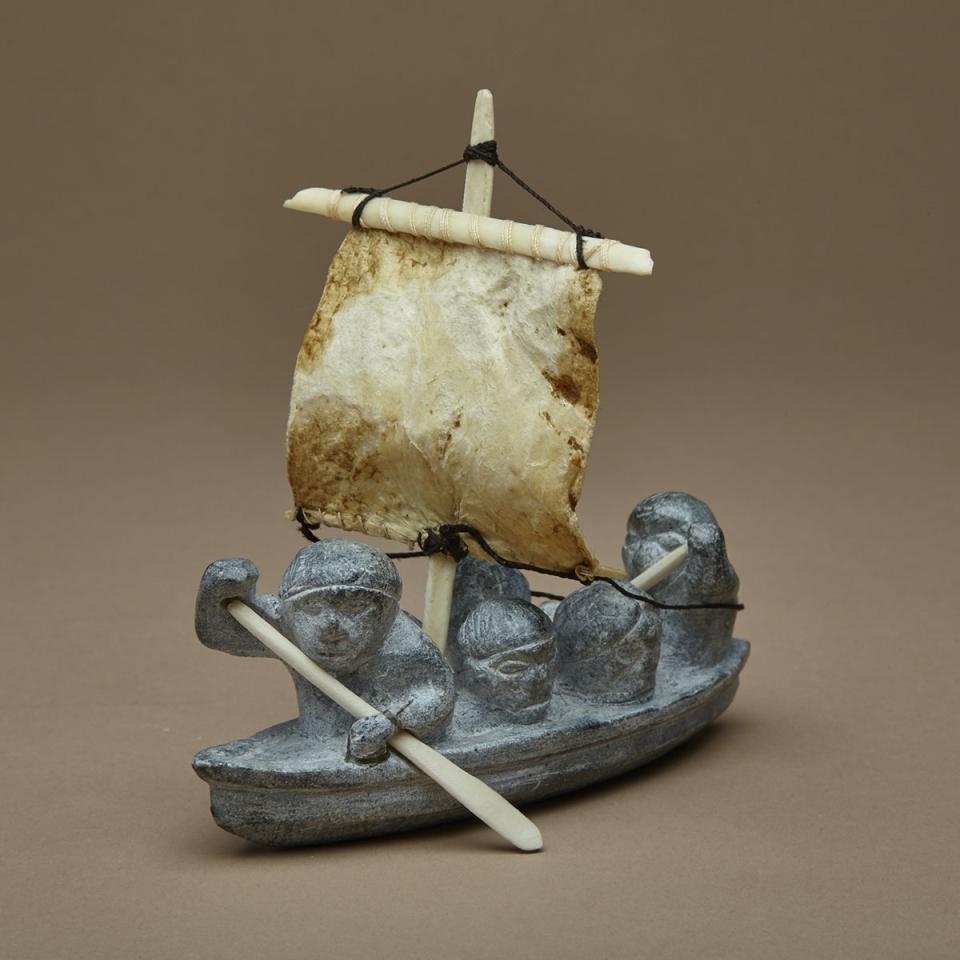 It is estimated that Joe carved approximately thirty versions of the migration throughout his career. Each rendition differs. Some depict the boat occupied by Inuit families, others by owls or hares. Some are packed and overflowing, others are sparsely manned. This particular work must be the smallest version, complete with skin sail and original paddles.

The migration was an event that seemed to haunt Joe especially in later life. While traveling to new hunting grounds, several families were stranded on an ice floe that split from the mainland. They hastily built an umiak out of scarce supplies as the ice floe was melting. Some people perished during this tumultuous migration.

Born in Northern Quebec, in the Kuujjuaraapik area, at the turn of the 20th century, Joe and his family lived the traditional Inuit way until settling near Povungnituk in the early 1950’s. It was about this time that he began to carve, encouraged by James Houston who had travelled from Inukjuak for the purpose of buying carvings. Joe’s carvings documented traditional Inuit life at that time. His carving style was completely his own, he had an innate ability to bring sophistication to what at first glance could be perceived as naive. His personality is very much a part of his art work and those who knew him often express strong impressions of him and his art.

Acquired directly from the artist by the consignors during a fishing trip to Povungnituk (Puvirnituq) in 1970.