Thinking about trends in contemporary Canadian art may seem trivial during these difficult times; however, in practical terms, it is not. Arts and culture is a powerful economic driver. In 2017, this sector contributed over $26 billion to Ontario’s GDP and employed over 300,000 people. How quickly it rebounds in the coming months will affect how soon other related activities, like tourism, resume.

How things will look by 2021 is unpredictable but, hopefully, Canada’s commercial galleries and public institutions will continue weathering the storm. Two things are certain, however: the arts sector and its workers are resilient, and, in recent years, being Canadian has carried a certain cache, with many artists – Sara Cwynar, Tammi Campbell, Liz Magor, Suzy Lake, Shaan Syed, Brendan Fernandes – being covered by foreign publications, presented at noteworthy American and European institutions and embraced by the international art market.

Over the last three years, the art world – I’ll discard the qualifier “Canadian” now, as artists, critics, collectors, dealers and curators working here are as attuned to international trends as their New York or London-based counterparts – has been responding to two significant cultural shifts. The first concerns gender parity, which is why most of the artists named above are women. In 2017, the #MeToo movement raised awareness of the power imbalances between women and men within the art world. Since then, the number of women added to gallery’s rosters, the critical attention paid to their work, the mounting of institutional shows, the re-discovery of ‘forgotten’ women artists, climbing prices at auction for their work, and women moving into leadership roles at museums has risen, though there is still a lot to do before parity is truly achieved.

In addition, movements like Black Lives Matter, which experienced a resurgence this summer, Idle No More and, in Canada specifically, the findings of the Truth and Reconciliation Committee, continue to push galleries and museums to enhance racial diversity in artist signings, staff hiring, and exhibition and collection-building practices. The Art Gallery of Ontario’s purchase of artworks by Indigenous artists, artists of colour and women at the last two iterations of Art Toronto exemplifies how public institutions are redressing imbalances within collections. Indeed, the most high-profile Canadian artists working today are women of Indigenous, mixed or non-European backgrounds, such as Sandra Brewster, Erika DeFreitas, Deana Bowen, Meryl McMaster, Rajni Perera, Tau Lewis, Esmaa Mohamoud, Rebecca Belmore and Maria Hupfield.

Secondly, technology has profoundly changed how we engage with art, which became particularly evident when galleries and museums had to close for a few months earlier this year. Social media platforms like Instagram, particularly in the hands of tech- and marketing- savvy Millennial and Generation Z artists and dealers, are usurping the traditional ways of viewing and buying art (i.e., in person at a gallery). Algorithm-based recommendations are slowly replacing the personal art consultant and online auctions are by now common. Such digital tools support the growing trend of artists managing their own careers rather than signing with galleries or agents. And, while many of us enjoy afternoons of gallery hopping, the reality is galleries are finding it harder to maintain brick-and-mortar spaces in increasingly expensive cities. As a result, online art platforms, either digital extensions of physical galleries or start-ups with no permanent exhibition spaces, will continue to launch and may eventually replace the white cube.

Lastly, how can collectors support the art world and artists during these uncertain times? Dedicated collectors, those who understand how crucial culture remains at times of crisis, will continue to look at and buy and be honest stewards of artists’ work. Those who consider art an investment may find the current climate conducive for acquiring art in a potentially less-competitive environment; however, they shouldn’t just cynically stand by, waiting to take advantage. Rather, we should celebrate Canadian art by exhibiting the same passion for creativity being demonstrated even now by artists across the country. Because this is the feeling art should stir.

Waddington’s thanks Bill Clarke for contributing this essay.

Bill is a Toronto-based writer, editor and collector (of art and many other things) whose professional background is in communications and project management. Since 2005, his writing has appeared in national and international publications, including Canadian Art, C Magazine, Border Crossings, ARTnews, Modern Painters and ArtReview. From 2009 until 2017, he was editor-in-chief of Magenta Magazine Online, and in 2016 was a co-founder of the Edition Art Book Fair. He also plays French horn with the Toronto Concert Band. 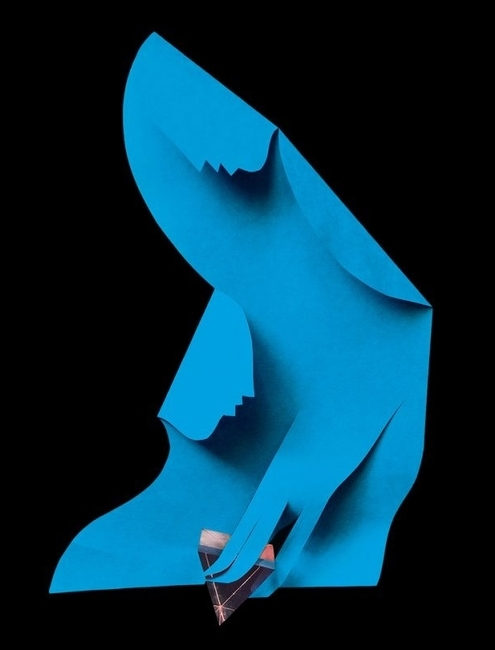