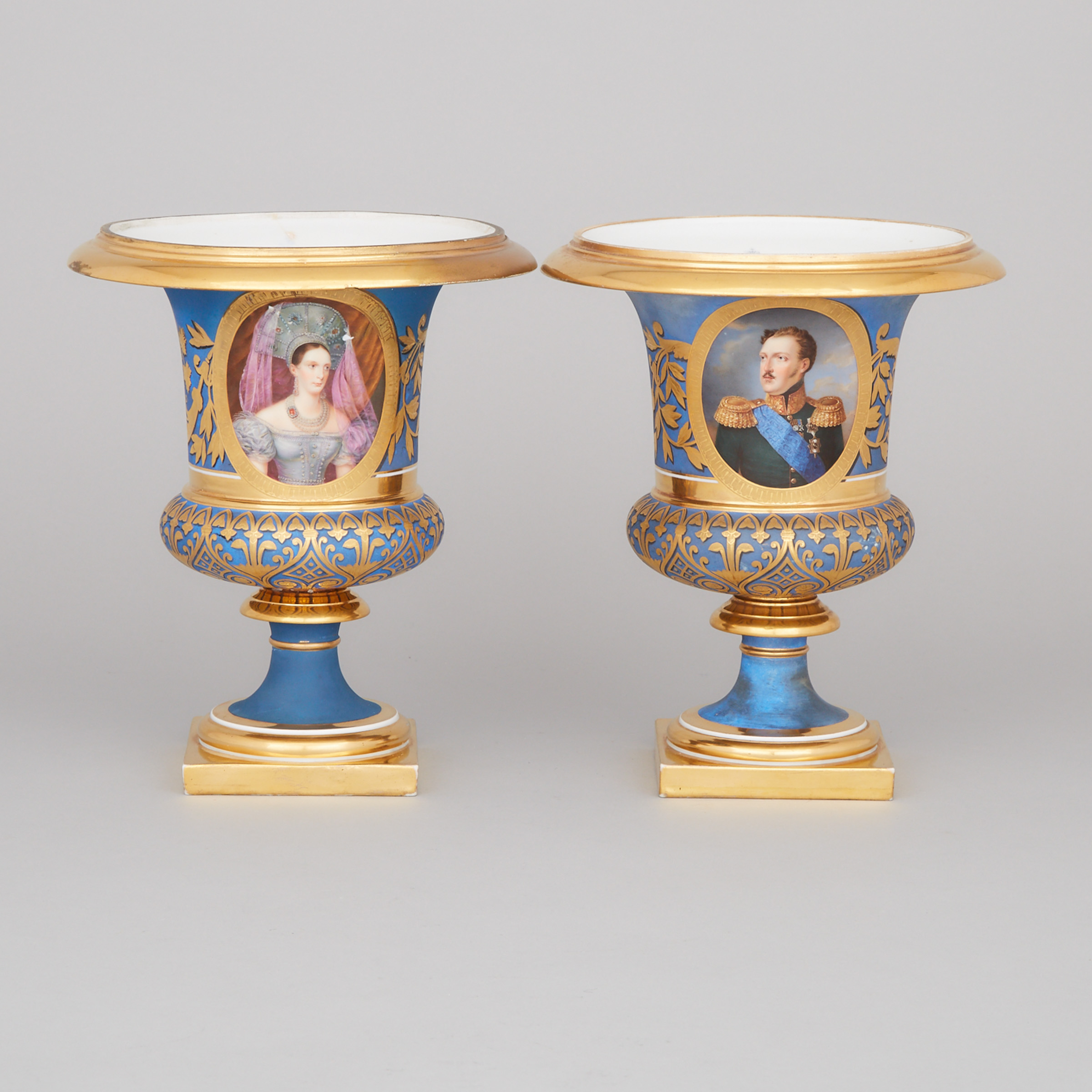 of campana shape on square bases, each painted in colours, after Franz Krüger, with an oval portrait of Emperor Nicholas I Pavlovich or Empress Alexandra Feodorovna, reserved within a gilt surround on a matte blue and gilt ground
height 9.4 in — 24 cm